It is often the case that progress in science involves showing that the perceived wisdom is not correct. In earlier eras, this could involve significant changes in how we see the world. In the 16th century, for example, Nicolas Copernicus showed that the Earth orbits the Sun, rather than the other way around, while in the 19th century, researchers found that germs, rather than foul vapours from rotting organic matter, spread disease. Today’s advances involve more detailed changes in knowledge, but they are no less interesting. 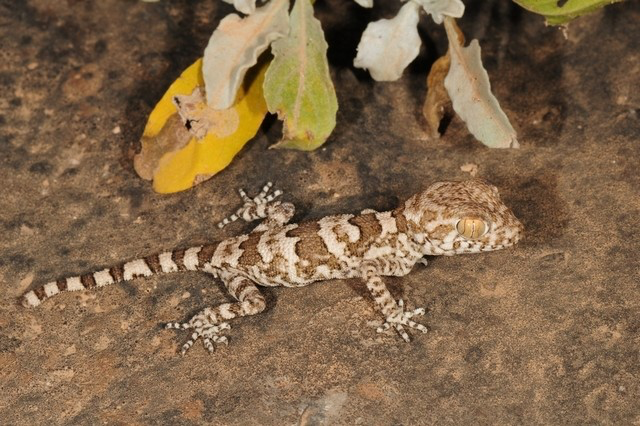 A recent example centres on nocturnal geckos in the UAE, Oman and Yemen. Previously, the creatures had been thought to belong to a single species, Bunopus spatalurus.But researchers based in Spain, Portugal, the US and the Czech Republic have now demonstrated that they should be classified as two species – and that they do not even belong in the Bunopus genus (the biological classification group one up from species). The findings, published in the Journal of Zoological Systematics and Evolutionary Research, could have important conservation implications. The work involved DNA analysis of geckos captured between 2004 and 2013.

In most cases, scientists collected just a small segment of each animal’s tail, which then grows back, although some specimens were used to analyse the morphology, or appearance and structure, of the gecko. “The specimens for this study were collected on many field trips over several years but most were obtained during a two-month expedition in spring 2013. Specimens are relatively easy to find at night when they are active but never in very large numbers,” said the study’s senior author, Dr Philip de Pous of Barcelona’s Institute of Evolutionary Biology. “The fieldwork in the Hajjar Mountains is always interesting and each day brings exciting finds and challenges.”

The researchers collected specimens from across the Hajjar Mountains, which run from the Musandam Peninsula down into north-east UAE and across to northern Oman. The work also looked at geckos much further south, in the Dhofar region of Oman and in north-east Yemen. The southern geckos were classified as Bunopus spatalurus, while those in the Hajjar Mountains were said to be a subspecies, Bunopus spatalurus hajarensis.

Laboratory analysis found the northern and southern gecko populations were significantly different genetically from other Bunopus species. In fact, they were more different from them than other geckos not included in the Bunopus genus. This meant that they should be renamed and put in a separate genus.

What is more, the northern populations of geckos – those in the Hajjar Mountains – showed important genetic differences to those further south. So, rather than retaining the classification of the northern population as a different subspecies, the scientists decided it should be a separate species altogether. The northern geckos are now known as Trachydactylus hajarensis, while the southern ones are Trachydactylus spatalurus.

“Central Oman and UAE have been a barrier for dispersal. It has separated populations from the northern mountains and Dhofar,” said research coordinator Prof Salvador Carranza, also of the institute. “This area is like a flat plain. There are no boulders, no mountains, very little vegetation. It’s an area that might have acted as a barrier for a long period.” The two types are thought to have branched off about 8 million years ago.

There are several other reptiles – another gecko, a lizard and a venomous snake – that show a similar pattern in which, millions of years ago, populations in the Hajjar Mountains diverged from southern populations in Oman’s Dhofar region and Yemen.In each case, as more research has been done and genetic analysis techniques have advanced, the past decade has seen scientists recognise the northern and southern forms as separate species.

With the latest study, the separation of the geckos into two species is likely to be significant in environmental terms, because only different species – and not subspecies – are recognised for conservation purposes. On the database maintained by the International Union for Conservation of Nature, Bunopus spatalurus is classified as a species of “least concern” because the geckos are quite abundant in the Hajjar Mountains. Therefore Trachydactylus hajarensis, when it is assessed, is likely to be a species of least concern.

But the southern populations are much rarer, so Trachydactylus spatalurus is unlikely to be judged to be of least concern, which could lead to protection measures to ensure its survival. There have only been five or six finds in the past 35 years, according to Prof Carranza. “Lots of people have searched for it. There are almost no museum specimens,” he said. “This case is a very good example of how taxonomy can change conservation priorities. If you don’t have a proper biodiversity knowledge, it’s very difficult to conserve it, to protect it.”

Another interesting aspect of the study is how much genetic variation there is within Trachydactylus hajarensis.Mountains, wadis and other natural features act as barriers to the movement and interbreeding of the creatures, and it turns out that, from west to east, genetically distinct populations have developed.

Left to their own devices, over millions of years, they could separate into different species, a process called speciation. “We have three highly differentiated lineages within the Hajjar Mountains,” says Prof Carranza. “Lots of these species have really deep divergences. They’ve been living in the mountains for a long time and they’re in the process of speciating. “If you live for 5 million years, some of the lineages might become species. At the moment, they’re genetically distinct, but not enough to be species.”

The findings are a rich reward for the researchers, who have spent many hours searching for specimens, often in uncomfortably hot conditions. They have been happy to endure the tough fieldwork because geckos are “great organisms to study the biogeography and evolution of this region”, said Dr de Pous. “Geckos are incredible creatures.”