The legend of Saint George is well known by most people in Catalonia. It says that after a fierce battle between the knight and the dragon, the beast fell wounded by the sharp iron and from the blood that reached the ground a rosebush was born that bloomed profusely every April.

But what do we know about this mythological beast, the dragon, nowadays? From IBE we want to wish you a happy St. George’s Day and review the history of this beast and the animals that could have inspired its origins. 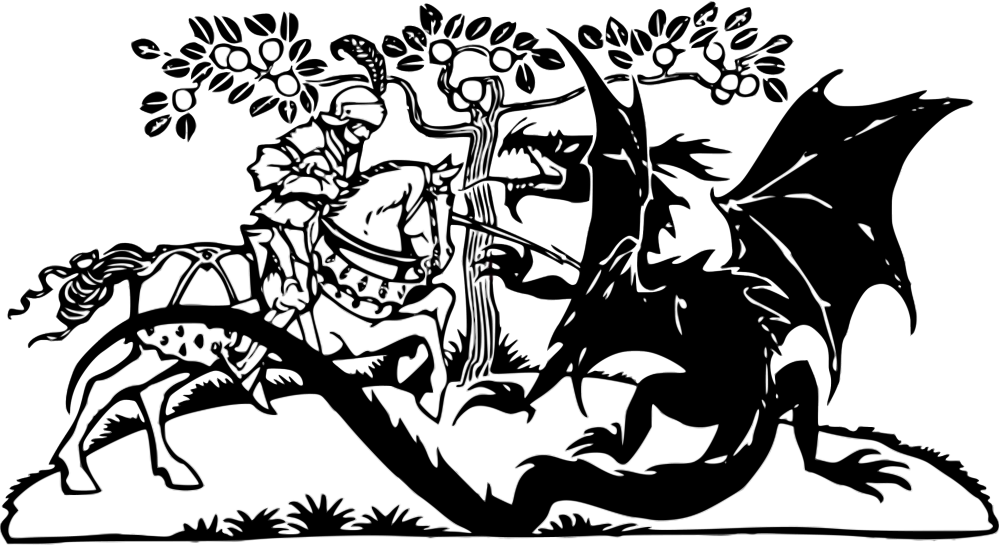 The first thing to keep in mind about the dragon of St. George is that it’s part of the Western collective culture, which has a very different image from what is understood as a "dragon" in countries such as China, Japan or Thailand. In Eastern culture, this creature has a benevolent character and represents fortune, being the mythological creature that brings the rains that allow the crops and the prosperity of the territories. In contrast, the European view of dragons has always had negative connotations, being ferocious beasts that used to protect castles or great treasures. This dichotomy in the perception of dragons leads us to think that they have different origins, closely linked to the current of thought of each region.

Xavier Bellés, principal investigator at IBE in the Evolution of the Metamorphosis of insects Lab, adapted the book of Catalan bestiary in 2010 and explains us the origin of these legendary beasts and the cultural differences depending on the region. “The dragons of the bestiaries go back to a Greek work, between the 2nd and 4th centuries, called Physiologus and were considered real animals practically until the 15th century. Even some renaissance animal encyclopaedias mention them, although they question it”, he says. As for the scientific rigor of those works, "they didn’t provide any proof of the existence of dragons nor were they concerned. They dared to say that the important thing was the moral lesson that they transmitted, but that the authenticity of the animal and its story was irrelevant”. 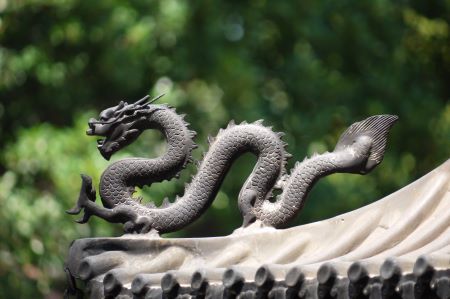 According to Xavier Bellés, the great conceptual divergence that exists towards these beasts in different parts of the world depends entirely on the mythology and folklore of each culture. “The difference is in the origin of the myth in each place; if the dragon is considered beneficial in its conception, it ends up being so in all the legends derived afterwards”, he concludes.

From a morphological point of view, it is clear that we also find many differences between Eastern and Western dragons. While in the east they are depicted with an elongated appearance and are a chimera made up of different parts of animals (lion's head, deer's horns, snake's tail, fishes’ scales, etc.), in the west they are rather a kind of winged lizard that spits fire through its mouth. These features were modulated by our culture during the Middle Ages, acquiring the ability to fly and throw fire in the fifth century and becoming a tetrapod with membranous wings (similar to bats) in the thirteenth century.

Western dragons are different from Eastern ones in terms of morphology and symbolism, being conditioned by the origin of the myth in each region 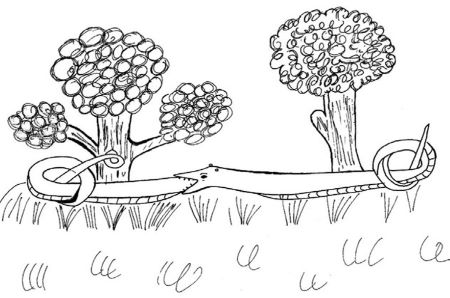 But not all western dragons were the same. “The Catalan bestiary also featured the wyvern, a large snake that reproduced in a very curious way. The male put his head inside the female’s head to fertilize it, and then the female beheaded him. Later, the wyvern’s offspring came out of the mother, piercing her belly. Albert the Great, a philosopher of the thirteenth century, said that it was not surprising that dragons were so difficult to see because with that reproductive system they must have been close to extinction", explains Bellés while laughing.

In the IBE’s research group of Systematics, Biogeography and Evolution of Reptiles and Amphibians, led by the centre director Salvador Carranza, they tell us about the similarities of these mythological beings with some current animals.

“They could be compared to many different species. While the East ones have similarities with some snakes, amphisbaenia (a group of lizards without legs) and the deaf adder, the Wests would have more similarities with flying lizards from the Draco genus and the famous Komodo dragon (Varanus komodoensis)", says Gabriel Mochales, predoctoral researcher. "A curious case is the olm’s or proteus’ one (Proteus anguinus)", adds Adrian Talavera, a “La Caixa” predoctoral researcher, "a species of salamander in the karst caves of Slovenia which, when observed during the Middle Ages, it was believed to be a dragon’s baby that hid in caves”. 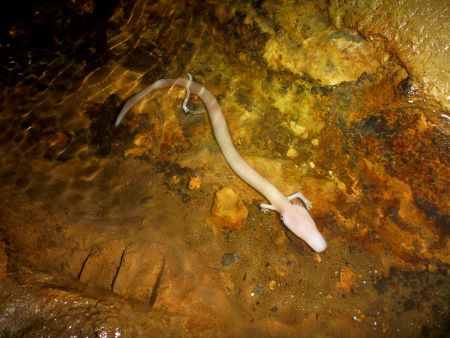 Carranza’s team tells us that, although many legends of dragons had emerged from paleontological discoveries of large mammals and extinct reptiles, they were based on the ignorance of this science at those ages. "The big fossils were not well interpreted at that time. For example, in some Greek islands, remains of dwarf elephants were found and were said to be from Cyclops, thinking that the hole corresponding to the trunk was where the only eye was located", says Talavera.

"From what has been found so far in the fossil record, the largest winged reptiles were the extinct pterosaurs of the Quetzalcoatlus genus, which measured about 10 meters and weighted almost 200 kilograms, but were discovered hundreds of years after the origin of these legends”, explains the predoctoral researcher Bernat Burriel.

Would it be possible, however, for dragons - or rather, the real animals that most closely resembled them - to live today? Research is moving forward and now, some research labs are already considering the de-extinction of species, such as the one led by IBE researcher Carles Lalueza-Fox. In the case of dragons, their closest real relatives would have to undergo changes in the HOX genes of embryonic development in order to become tetrapods, but with another pair of wing-shaped limbs. One would have to wonder, though, what is the point of recovering a large predator of this nature today.

"If the protection and reintroduction of the wolf or bear has already generated controversy in many regions, it's hard to imagine what would happen to dragons, as these fantastic and giant predators would have to be fed daily on a huge amount of herbivores", Burriel comments.

In order to live today, the closest real relatives of dragons should have undergone changes in the HOX genes of embryonic development

Also, their large size would hardly allow them to fly. In order for them to be able to do so actively, the bones of the dragons would have to be very sparse and, if this happened, the skeleton would not hold the weight of the animal and collapse. So, their only chance of surviving would be if they were marine animals and could not fly.