As every 11th of February, this year the #11F marks the International Day of Women and the Girl in Science. A date aimed at giving visibility to women in science and spreading research led by women to the younger ones. 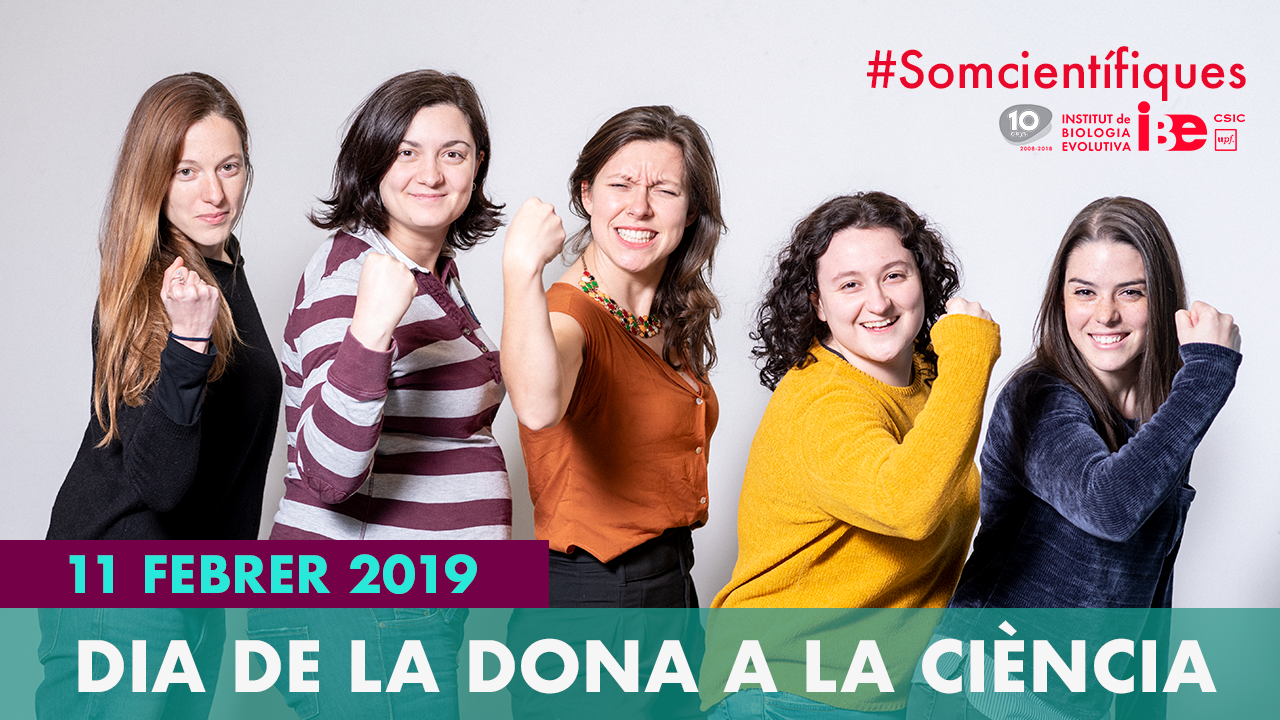 Coinciding with the forthcoming celebration of February 11, the Institute of Evolutionary Biology wants to give visibility to our researchers, but also to those other scientists - many being pioneers in their field - who deserve recognition for their important contributions to science. To this end, IBE researchers have chosen to feature a female scientist with whom they would like to have a conversation.

Around the Day of Women in Science, and for about two weeks, social media will be filled with these micro-dialogues among female scientists who, despite belonging to different generations, have a lot in common. You just have to pay attention to the hashtag #somcientifiques on Twitter and Facebook if you don't want to miss it.

In addition, IBE researchers will also visit several schools, to share their research and personal experience with the youngest generations.

We would like to thank Erica Bianco, Silvia Chafino, Aleksandra Kozyczkowska, Cecília Corbella and Miriam Merenciano for their collaboration in such a necessary initiative for the scientific community, and to the Diversity Commission of IBE (led by Elena Casacuberta and Iñaki Ruiz-Trillo) for their support during the creation and coordination of all the actions.