Discovered a butterfly migration of more than 4000 km

Discovered a butterfly migration of more than 4000 km

Biologists of the Institute of Evolutionary Biology of Barcelona (CSIC-UPF) and Harvard University (USA) have been tracking the painted lady butterfly Vanessa cardui to study their migratory paths. It is confirmed that it is able to cross the Sahara desert and that it breeds in the African savannah. This study has been funded by the National Geographic Society and the European Union 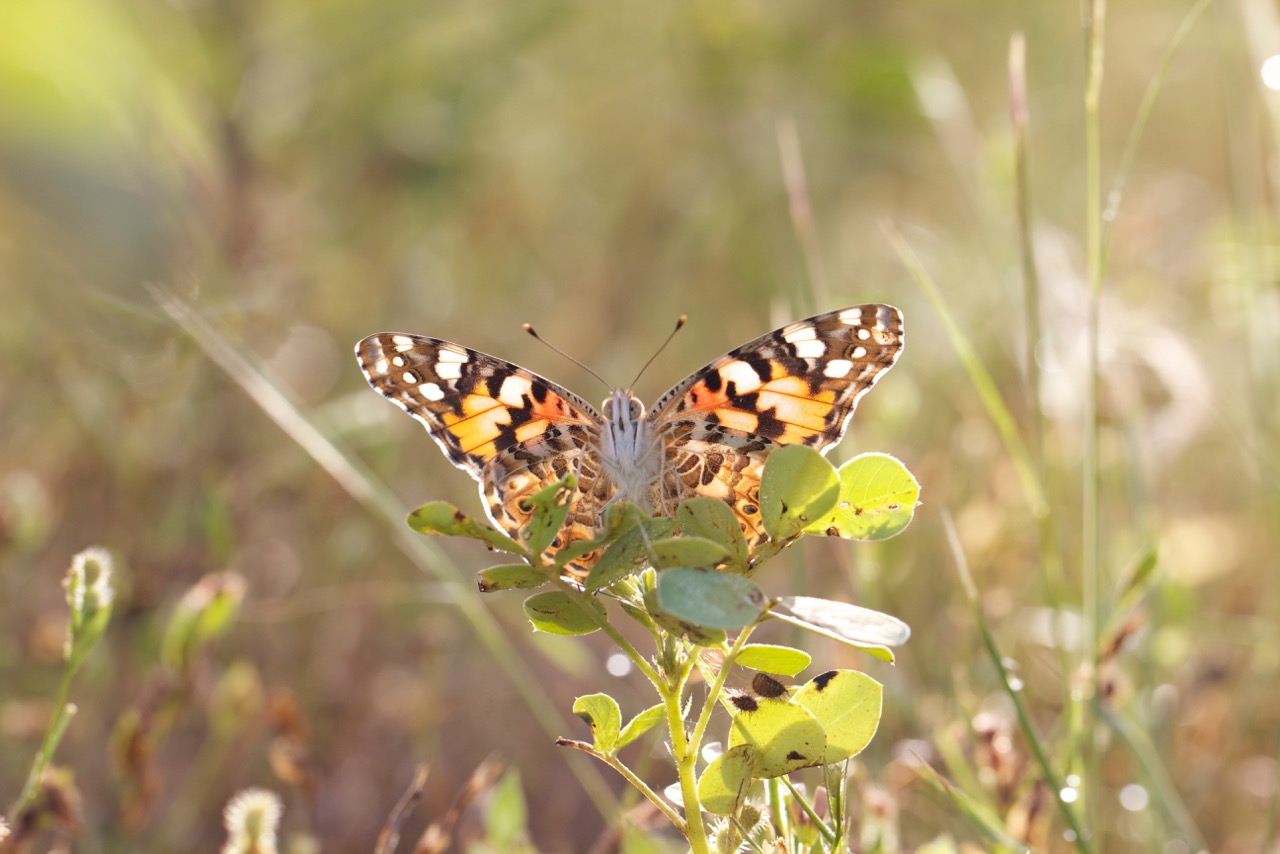 The painted lady butterfly Vanessa cardui is a charismatic species that every year goes from Europe to Africa and back. Up until now, it was known that this butterfly vanishes from Europe in autumn and it was believed to establish in North Africa to spend the winter. However, thanks to dedicated field expeditions in Africa conducted by scientists from the Institute of Evolutionary Biology of Barcelona, a joint institute of CSIC and UPF, and Harvard University, it has been discovered that this butterfly can reach the tropical African savannah, in journeys involving distances of 4000 km.

As a consequence, Vanessa cardui not only withstands flying such long distances, but it is also capable of consecutively cross mountain ranges, the Mediterranean and the Sahara Desert in just a few days. Despite the apparent frailty of any butterfly, this species can survive extreme temperatures and orientate while flying at high altitude.

Gerard Talavera and Roger Vila, the researchers that led the study, spent an entire fall season travelling across countries as Senegal, Benin, Chad and Ethiopia in search for the presence of this 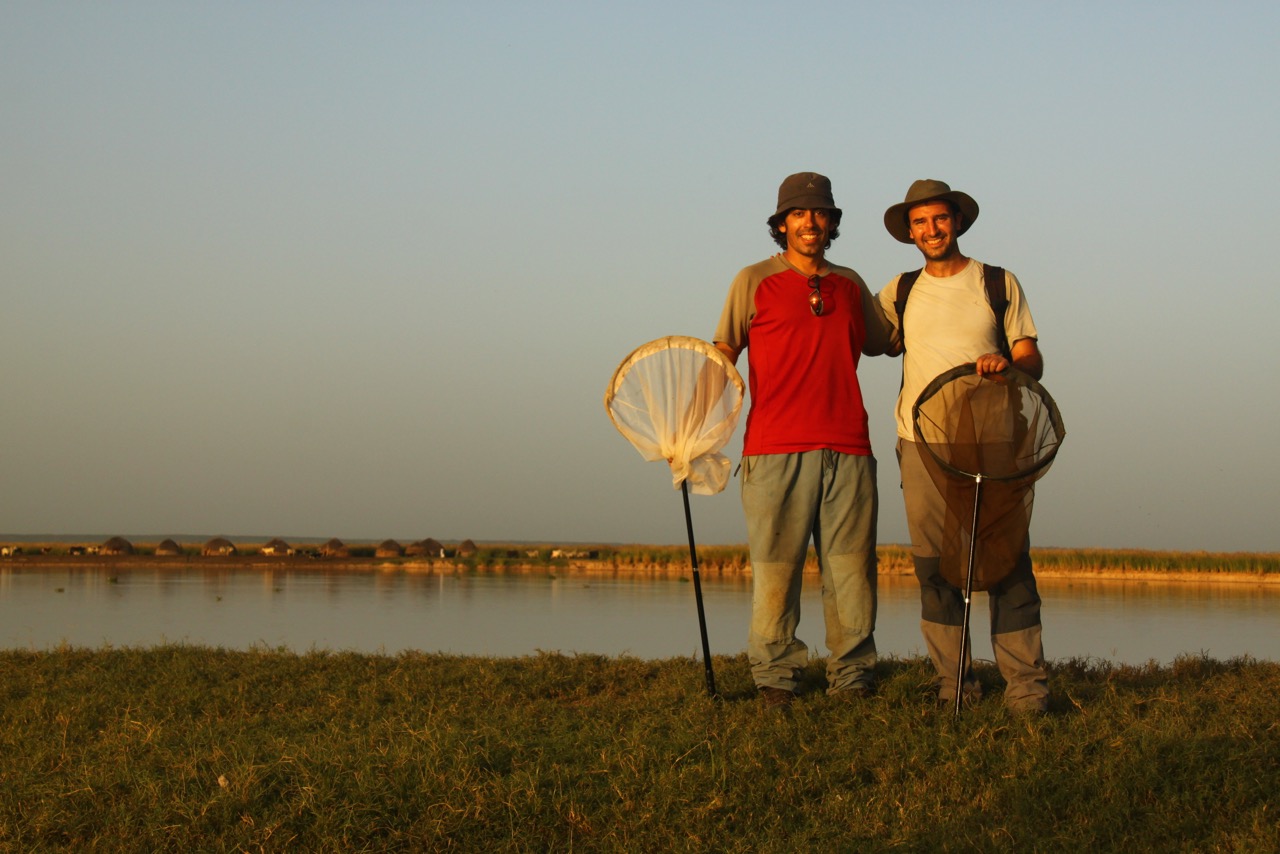 butterflies. During their expedition they could observe thousands of southwards migrants in the middle of the sahelian Chad. In the shores of the Niger river in Benin, they observed a myriad of more than 20000 young butterflies emerging from the chrysalis. All these observations together show that the butterflies might perform a more than 4000 km single flight between Central Europe and the African Savannah.

Such a long and complex journey does not seem to represent an easy life-style. However, such a migratory behavior has evolved in different groups of animals in order to exploit seasonal resources and benefit from favorable climatic conditions. In the case of the butterflies, the mass migrations performed by the monarch butterfly between Mexico and Canada is the best-known example.

“The case of the migration of Vanessa cardui is unique among insects. This is the most cosmopolitan of all the butterflies and displays migratory circuits over the world, which are still generally unknown. The dispersal abilities of this species are astonishing. The current knowledge on the migrations between Africa and Europe is just the tip of the iceberg, and further research on long-distance migrations of this species in other parts of the world will surely lead to fascinating discoveries,” explains Gerard Talavera.

According to Vila, “It is a known and well-studied phenomenon that some birds migrate between Europe and tropical Africa. Now we have proved that at least one species of butterfly, commonly known as painted lady, is also capable of making such an extreme trip. To study them in Africa, we often crossed the Sahara desert by plane and I remember looking at the immensity of thousands of square kilometres of sand from the window and thinking that we could be trying to demonstrate something virtually impossible.”

The results are today published in the Biological Journal of the Linnean Society and narrate the fascinating story of the painted ladies migrating across the Sahara, along the interesting explorations that had led to their discovery. The study has been funded by the National Geographic Society and the European Union because of the value that this project has on our knowledge on the adaption to migratory behavior and for the conservation of such a unique butterfly species.

Original article: Talavera G & Vila R (2016). Discovery of mass migration and breeding of the painted lady butterfly Vanessa cardui in the Sub-Sahara: the Europe-Africa migration revisited. Biological Journal of the Linnean Society [ePub ahead of print]