​An IBE research team has used genetics to demonstrate for the first time that the European Honey Buzzard (Pernis apivorus), a native and common raptor in Europe, is able to prey on the active nests of the Asian Hornet.

The study, based on the DNA analysis of the wasps' nests used by the raptor to feed the chicks, identifies the European Honey Buzzard as the only known species capable of preying the nests of the invasive wasp in the period of maximum growth and production of its colonies.

The discovery opens the door to new questions, such as the effects that this new resource may have on the raptor, and its potential role as a wasp controller. 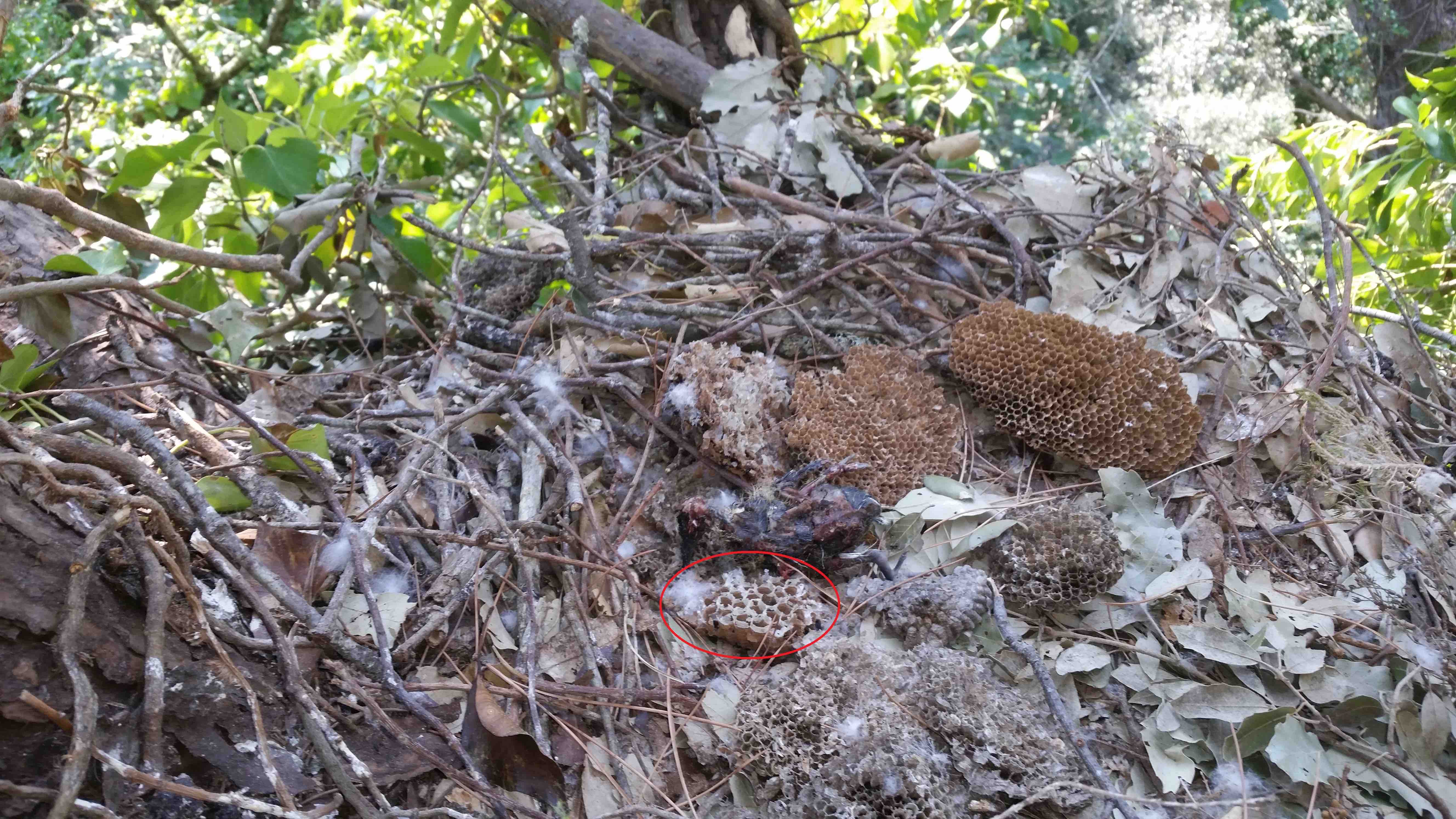 A research team from the Institute of Evolutionary Biology (IBE) in Barcelona, a joint centre of the Spanish National Research Council (CSIC) and the Pompeu Fabra University (UPF), has discovered that a daytime raptor is able to prey on Asian hornet (Vespa velutina) nests at times of maximum activity and productivity of their colonies.

The Asian Hornet, one of the world's most invasive and expanding species in Western Europe, represents a threat to indigenous biodiversity, beekeeping and human health. Now the discovery of the European Honey Buzzard as a possible native Asian Hornet predator opens many questions, since the raptor could become an ally to control the Asian Hornet population in its areas of nesting in Europe.

As the name implies, the European Honey Buzzard is a raptor that feeds primarily on wasp larvae. Between 2011 and 2018, the research team studied the nests of a buzzard population that nests in the parks of the Diputació de Barcelona and collected the diet that adults supplied to their chicks. Surprisingly, in 2018 fragments of honeycomb with very large cells were detected in one of the sampled nests. By measuring the cells, they could only correspond to a very rare native wasp in this area, the European hornet (Vespa crabro), or to the Asian hornet (Vespa velutina).

Since the cells of the European and Asian Hornet's nests are very similar, genetic analysis techniques were used to identify the building species. Specifically, the DNA barcoding method was used, which is based on a very variable fragment of the mitochondrial genome that is generally different in each species. Although the DNA of the samples was already partially degraded, it could be determined without doubt that they were fragments of an Asian Hornet nest.

"There were already suspicions that the European Honey Buzzard could prey on the nests of the Asian Hornet, but now, thanks to genetic techniques, we have been able to prove it", explains Roger Vila, head of the study and principal investigator of the IBE.

If we consider that the Asian Hornet has just colonized the surroundings of Barcelona, it is surprising how quickly the raptor has incorporated this new food source. According to the annual monitoring of Asian hornet and European Honey Buzzard nests in the study area, it has been estimated that at most the buzzard has taken a year to use this new resource to feed its chicks.

“It is a raptor very adapted to prey on wasp nests, with overlapping feathers like the scales of a fish to avoid being stung, the beak with the perfect shape to quickly extract the larvae of the hornets, and with an extreme ability to locate both wasps nests built underground and on the surface”, explains F. X. Macià, raptor expert and first author of the article.

Asian Hornet, an opportunity for the European Honey Buzzard?

The wasp species that live in large colonies of long duration (5-6 months) are preferred by the raptor. The Asian Hornet fits this pattern and the period in which its colonies contain more larvae coincides with that of maximum food requirements by the European Honey Buzzard. In addition, the Asian Hornet makes a very large nest, up to almost a meter, and usually builds it in the upper parts of the trees. On the other hand, if the wasp's nest is buried, as with other wasp species, the buzzard is in a situation vulnerable to attacks by land predators, and even by other raptors while manipulating them to extract fragments. Consequently, the nests of the Asian Hornet represent an enormous source of easy-to-reach food for the buzzard.

A possible ally and the importance of good management

The Asian Hornet began to colonize Catalonia in 2012 and represents a threat to native biodiversity, apiculture and human health. The buzzard could become an ally to control the Asian Hornet population in those areas where it nests. So far, in Europe it is the only known native species capable of preying on its colonies at the time of maximum production of individuals.

Raptors are especially sensitive to pollutants and, specifically in the European Honey Buzzard, a previous study demonstrated the presence of neonicotinoids in blood, a set of insecticides that negatively affects birds. Therefore, it is essential that wasp nests treated with pesticides are eliminated from the natural environment.

"To conserve the populations of this shy raptor it would be convenient to avoid impacts on breeding sites, for example not carrying out forestry activities between April and August near their nests", says F. X. Macià.

Funding: A portion of the sampling has been funded by the Diputació de Barcelona and the parks of the Cordillera de Marina, the Cordillera Litoral, and of the Montnegre and the Corredor.