A research team led by the Institute of Evolutionary Biology (IBE) has, for the first time in Europe, identified a specimen of Asian needle ant (Brachyponera chinensis), a highly invasive species.

The team used the DNA barcoding method to genetically identify a male of the species, found in a coastal district of Naples.

Should it manage to establish its presence in the territory, an invasion by the Asian needle ant could threaten autochthonous ant populations and upset the ecosystems of European natural and urban habitats. 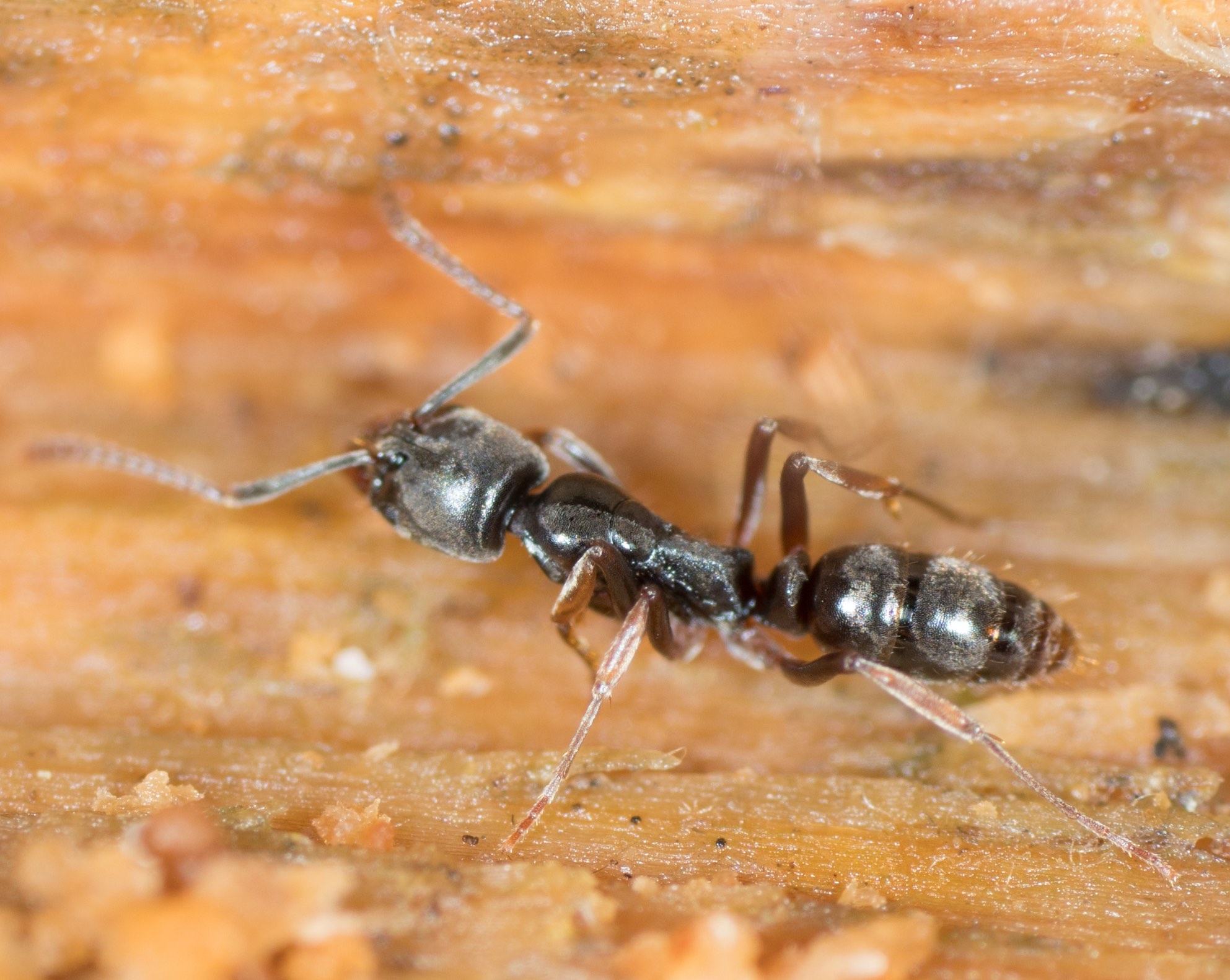 Invasive exotic species are considered one of the main causes of the current biodiversity crisis. In recent years, humans have introduced 200 species of ant from outside of their natural area of distribution and some of them have become invasive. Such is the case of the Asian needle ant, Brachyponera chinensis, which has seen its area of distribution greatly expand in the last 80 years.

Its natural distribution includes coastal regions of mainland China, Taiwan, the Korean peninsula and Japan, while in the 1930s it was introduced to the United States, where it has become established and is now present in 17 states. In North America, B. chinensis invades native forest habitats and has had a strong negative effect on most native ant species. In addition, due to its sting and the properties of the poison it injects, B. chinensis has been identified as an emerging threat to public health in the US, as it can cause serious allergic reactions.

Now a research team led by the Institute of Evolutionary Biology (IBE), a joint centre of the CSIC and Pompeu Fabra University (UPF), presents the first confirmed record of Brachyponera chinensis in Europe. One of the authors of the study and amateur entomologist, Vincenzo Gentile, collected an unidentified male of the genus Brachyponera that was attracted to the light of a streetlamp on 3 July 2020 in Torre Annunziata (Naples, Italy), in a residential area about 1 km from the city’s port. The morphology of the specimen and subsequent genetic analysis confirmed that it was the first specimen of Brachyponera chinensis identified in European territory.

A research team led by the Institute of Evolutionary Biology (IBE, CSIC-UPF) confirms the first record in Europe of the Asian needle ant (Brachyponera chinensis), a highly invasive species.

Initial morphological investigations revealed that the invasive ant did not belong to any of the most common invasive subfamilies - Formicinae, Dolichoderinae and Myrmicinae subfamilies - but belonged to the Ponerinae, subfamily that predominantly consists of predatory ants. However, the specimen identified - particularly of the genus Brachyponera - was different from any native Euro-Mediterranean ponerine.

Subsequent genetic analysis carried out by INPhINIT “la Caixa" predoctoral researcher Mattia Menchetti at the Butterfly Diversity and Evolution Laboratory at the IBE, led by principal investigator Roger Vila, confirmed that it was a male of the species Brachyponera chinensis. The study suggests that it may have originated from the US, or that the invasive species has been introduced to the two continents from the same place of origin.

“The genetic barcode, also known as DNA barcoding, is a very useful tool. It involves using a short DNA sequence like a barcode exclusive to each species. In this way, we can identify any sample, which is useful both in basic science and in the control of invasive species, pests, illegal trading, in forensic analysis, etc.”, Menchetti explains.

Like many other soil invertebrates, ants are often accidentally introduced into new environments due to globalization and in particular plant trade. Their frequent introduction to private gardens hinders detecting these species in the early stages, before they spread through a broad region, as is the case of B. chinensis in Torre Annunziata. Although the ants of the city of Naples had been studied between 2016 and 2021, no other individuals of this species had been found.

The fact that they have collected a flying male, in the process of swarming, indicates that at least one nest is already at an advanced stage following its introduction. “The source nest may be in difficult-to-access private areas and the colony - or colonies - may have time to propagate without being detected”, Menchetti adds. “However, neither can it be ruled out that a colony without queens has been introduced and that the males have been produced by worker ants, which is exceptional but possible for B. chinensis”.

"The source nest of B. chinensis can be in private areas that are difficult to access, something that can give the colony time to spread without being detected," says Mattia Menchetti, INPhINIT "la Caixa" predoctoral researcher at IBE.

The Mediterranean basin is home to a growing number of exotic species, but most have been limited to building interiors and greenhouses, or urban environments. However, the expansion of B. chinensis in North American forest habitats suggests that this species could invade European natural habitats, forests in particular, leading to possible negative effects on native ant communities and the health of the ecosystems.

“This is an invasive species that is causing significant ecological and health problems in the United States and could have effects in Europe comparable to those of the Asian hornet or the Argentine ant. Experience tells us that, once the exponential phase of expansion of an invasive species has been reached, we do not have the means to eradicate it and at most, we can control it by investing huge amounts of public resources. Therefore, it is necessary to take advantage of the window of opportunity posed by the so-called latency phase: the time during which the invasive species becomes established in the new place and is still very localized. We must rethink the strategy of controlling invasive species and redirect resources towards biomonitoring, which will allow early detection, and the deployment of a rapid response team as soon as the alarm of a new introduction sounds”, Vila advises.

"We must rethink the control strategy for invasive species and redirect resources towards biomonitoring that allows early detection", comments Roger Vila, principal investigator of IBE.

In addition, the establishment of B. chinensis in urban areas could pose a public health problem, in the light of the documented reaction caused by the poison injected by this ant. “We appeal for action at this early stage of the new biological invasion and propose a detailed survey of a large area around Torre Annunziata”, Menchetti adds.

This research has received the support of the “la Caixa” Foundation, among others.