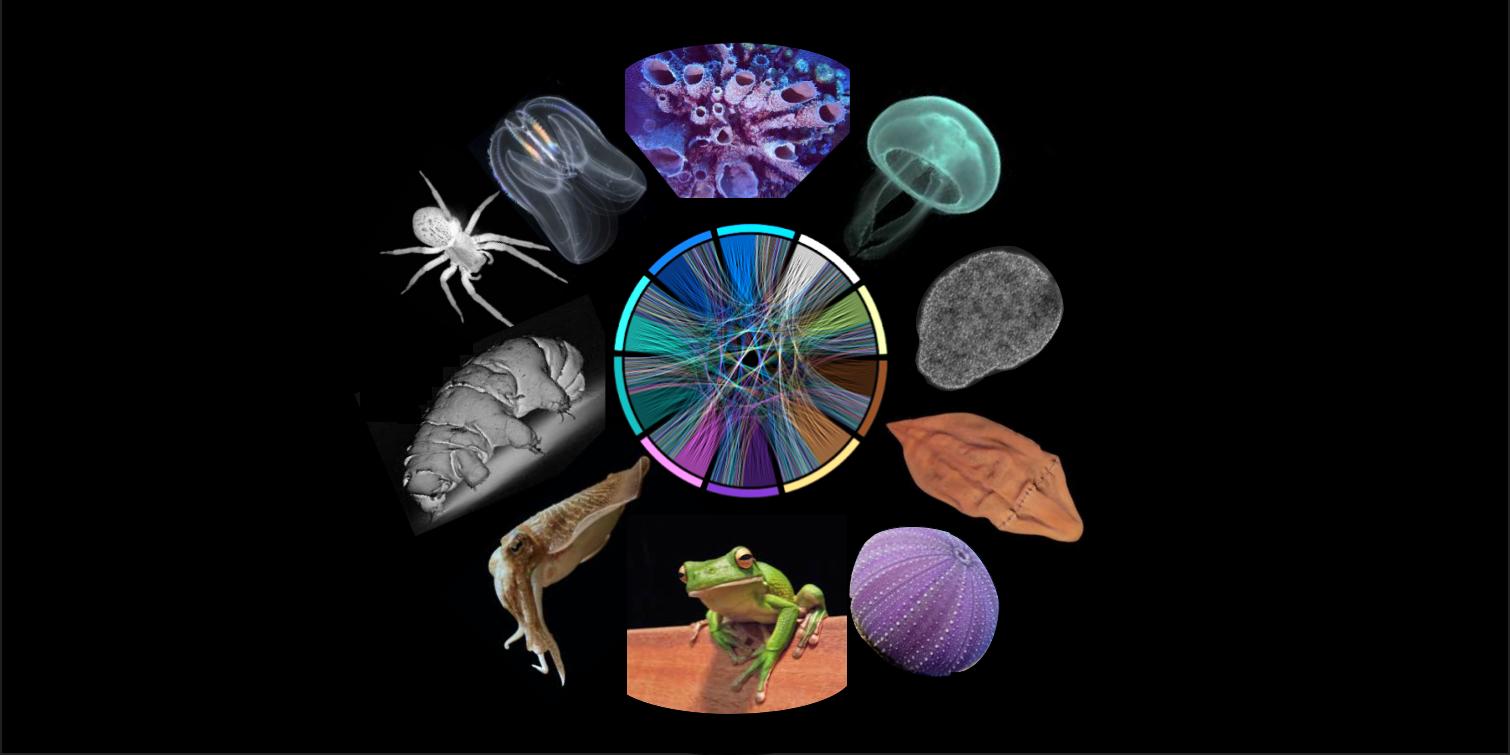 The overarching goal of the lab is to understand how animals are related to each other and how they reshaped their genomes to generate their vast diversity and to adapt to the different environments. For that, we generate and interrogate genomic data through the lens of phylogenomics. Our favourite creatures are arthropods and annelids, but our interest often transcend the level of phylum to understand animal genome evolution at a macroevolutionary scale.
Our main two lines of research are as follows:
(1) Phylogenomics sensu species tree reconstruction: how are animals related to each other ?
Comparative genomic studies must be anchored in a phylogenetic tree. Yet many key aspects in the evolutionary relationships within and between animal groups remain elusive. Resolving the Tree of Life has been prioritized as one of the 125 most important unsolved scientific questions by Science, and the advent of phylogenomics has aided in resolving many contentious aspects in animal phylogeny. In the lab, we explore how phylogenomic inference can be improved by considering the effects of orthology inference, hidden paralogy and gene duplication.
(2) Phylogenomics sensu gene repertoire evolution: how old are animal genes, how did they originate and how did they change to adapt to new environments?
Because all genomes are evolutionarily related, closely or distantly, the key to making sense of them lies in comparative genomics. By identifying the conserved or divergent aspects among genomes and transcriptomes, one can hope to elucidate the genes that are associated with essential housekeeping functions, or with innovation or adaptation. By using a phylogenomic spyglass, we can infer the evolutionary dynamics of animal genes to understand how (by speciation or duplication), when (in which node) and how often (how many copies) each gene in each genome was gained, duplicated or lost. In the lab, we will explore how the gene repertoire evolved in certain animal lineages to adapt to new environments, such as in the case of terrestrialization events or life in caves. We´re particularly interested in understanding how gene duplication reshapes animal genomes, and interrogating its role as the potential driver of convergent evolution.