The brain, the primary organ that gives our species its identity - NEWS ARCHIVE

The brain, the primary organ that gives our species its identity

The brain, the primary organ that gives our species its identity

The massive analysis of human, chimpanzee, and monkey tissue published in Science shows that the human brain is not only a larger version of the ancestral primate brain but also one filled with distinct and surprising differences. 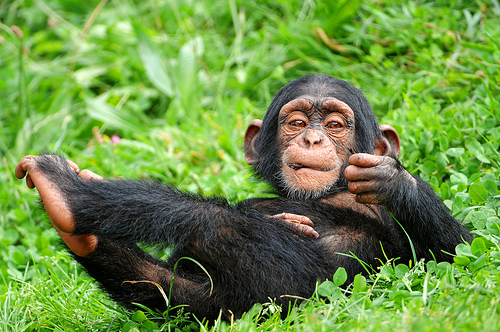 All regions of the human brain have molecular signatures very similar to our primate relatives yet also some contain distinctly human patterns of gene activity that mark the brain’s remarkable evolution and may contribute to our cognitive abilities, a Yale-led study with the participation of the IBE has found.

“Our brains are three times bigger than chimpanzees’, and this is a very remarkable milestone reached in little more than a million years”, states Tomàs Marquès-Bonet, ICREA research professor at UPF and director of the IBE. “Human brains have more cells than other primates’, and these cells are more interconnected; they therefore have more processing power than chimpanzee or monkey brains”, he says.

In the research, 247 tissue samples from 16 different regions of the brain linked to behaviour and high order learning were analysed. The samples came from six humans, five chimpanzees and five macaques.

Despite differences in brain size, there are striking similarities of gene expression in these regions between primate species, even in the prefrontal cortex, the seat of higher order learning that most distinguishes humans from other apes. However, the one area of the brain with the most human-specific gene expression is the striatum, a region most commonly associated with movement.

Coauthors of the study, André M. M. Sousa and Ying Zhu, both working with the leader of the research, Nenad Sestan, also focused on one gene, TH, which is involved in the production of dopamine, a neurotransmitter crucial to higher order function and depleted in people living with Parkinson's disease.  They found that TH was highly expressed in a rare population of inhibitory neurons in the human neocortex and striatum but absent from the neocortex of chimpanzees. “The neocortical expression of this gene was most likely lost in a common ancestor and reappeared in the human lineage”, Sousa said.

The researchers also found higher levels of expression of the gene MET, which is linked to autism spectrum disorder, in the human prefrontal cortex compared to the other primates tested.