At last, butterflies get a bigger, better evolutionary tree

At last, butterflies get a bigger, better evolutionary tree

Butterflies offer key insights into community ecology, how species originate and evolve, climate change and interactions between plants and insects. Despite this, a comprehensive map of how butterflies are related to each other has been lacking ―until now. 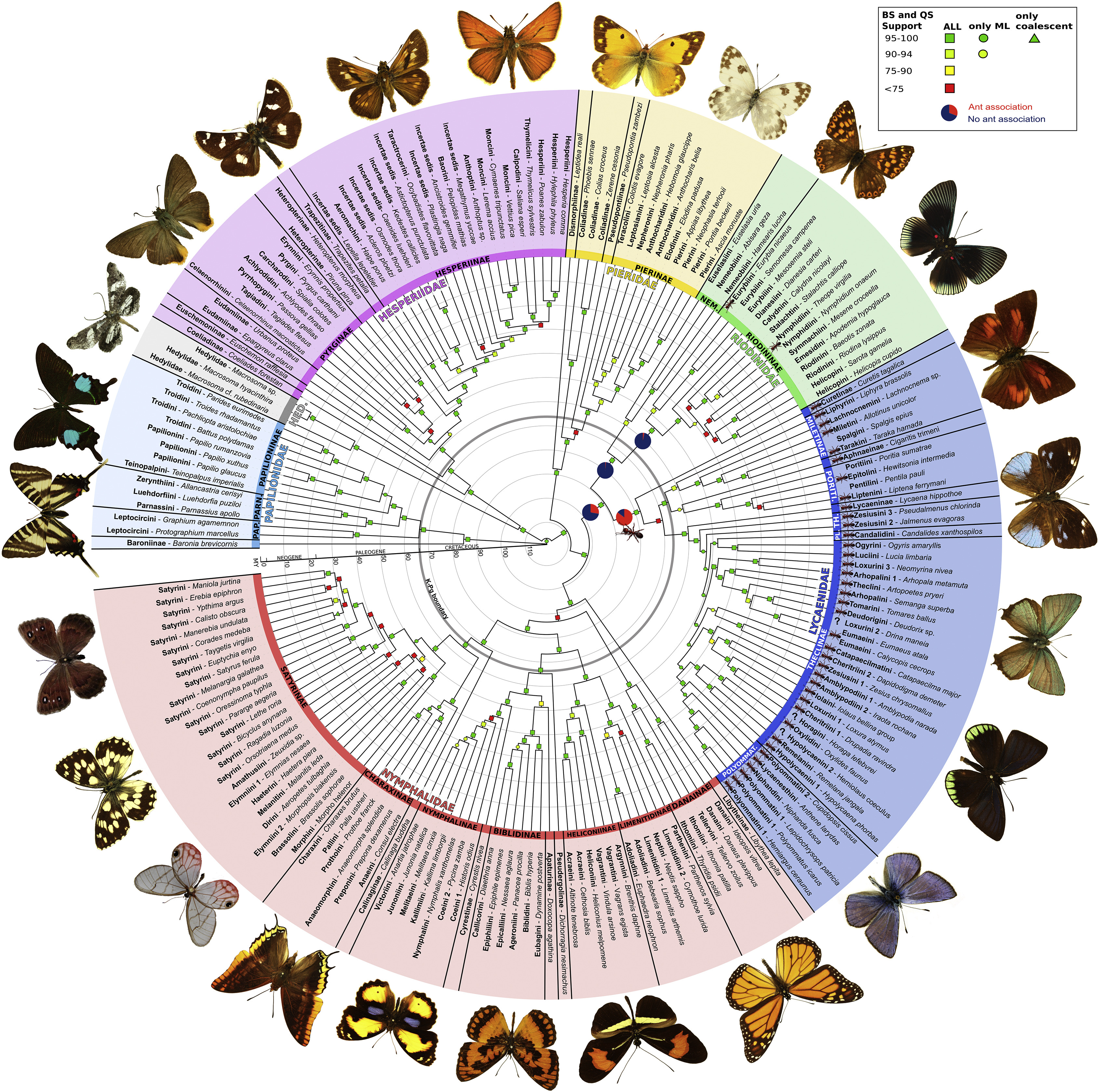 Butterflies play a very important role in ecosystems: caterpillars as herbivorous individuals, and adults as pollinisers; as a whole, they act as food for the insectivorous individuals. In addition, butterflies are used as models for the study of evolution, and as climate change biological indicators. Despite this, until now a comprehensive evolutionary tree of butterflies was lacking, and the development of a great variety of research on these insects was thus very limited.

Research led by scientists from the Florida Museum of Natural History has resulted in a phylogenomic tree of butterflies with a 35-fold increase in genetic data and three times as many taxa ―classification units of organisms― as previous studies. The tree was afterwards calibrated based on the fossil record, assigning dates to certain developmental milestones. Roger Vila and Gerard Talavera, principal investigator and postdoctoral investigator, respectively, of the IBE, were involved in this research recently published in Current Biology.

The team analysed a dataset of 352 genetic markers from 207 butterfly species representing 98 percent of tribes, which are a rank above genus but below family and subfamily. Regardless of being a megadiverse group ―it is estimated there are 18,800 butterfly species―, the 207 studied species represent all the families and subfamilies, and 98% of the tribes. “The research is a step forward in the study of the evolutionary relationships of butterflies”, says Roger Vila, who leads the Butterfly and Diversity Lab of the IBE.

Their findings paint a detailed picture of relationships between butterflies and point to some name changes, as they reveal that a huge number of tribes and even subfamilies are not natural groups.

On the one hand, the data confirm that swallowtails are a sister group to all butterflies, meaning they were the first family on the butterfly family tree to branch off. But while previous literature groups swallowtails, birdwings, zebra swallowtails and swordtails together, this study shows they do not share a common ancestor, a finding supported by the fact that these butterflies feed on different host plants. “This tells us that butterflies and plants may have evolved together”, as states one of the leaders of the study, Akito Kawahara.

On the other hand, the findings confirm that butterflies are divided in seven families, the butterfly-moths (Hedylidae) included. The latter are only found in South America and were considered moths for their aspect and their nocturnal habits.

Previous studies suggest the first butterflies date back more than 100 million years, a date this study supports. But most of the lineages that exist today originated after the mass extinction event that killed off non-avian dinosaurs about 65 million years ago. “It is actually quite nice that the ages inferred in this study are relatively similar to those found in previous studies since this means that we are gradually converging towards a consensus, which should be close to the correct ages”, Vila affirms.