The remains of Arnau de Torroja, Grand Master of the Knights Templar, might have been discovered

Back The remains of Arnau de Torroja, Grand Master of the Knights Templar, might have been discovered

The remains of Arnau de Torroja, Grand Master of the Knights Templar, might have been discovered

If his identity is confirmed, he would be the first and only Grand Master identified to date. The identification will only be conclusive once a comparative analysis with the remains of his brother, Guillem de Torroja, entombed in Tarragona’s cathedral, is done. Carles Lalueza-Fox, principal investigator at IBE, is involved in this research. 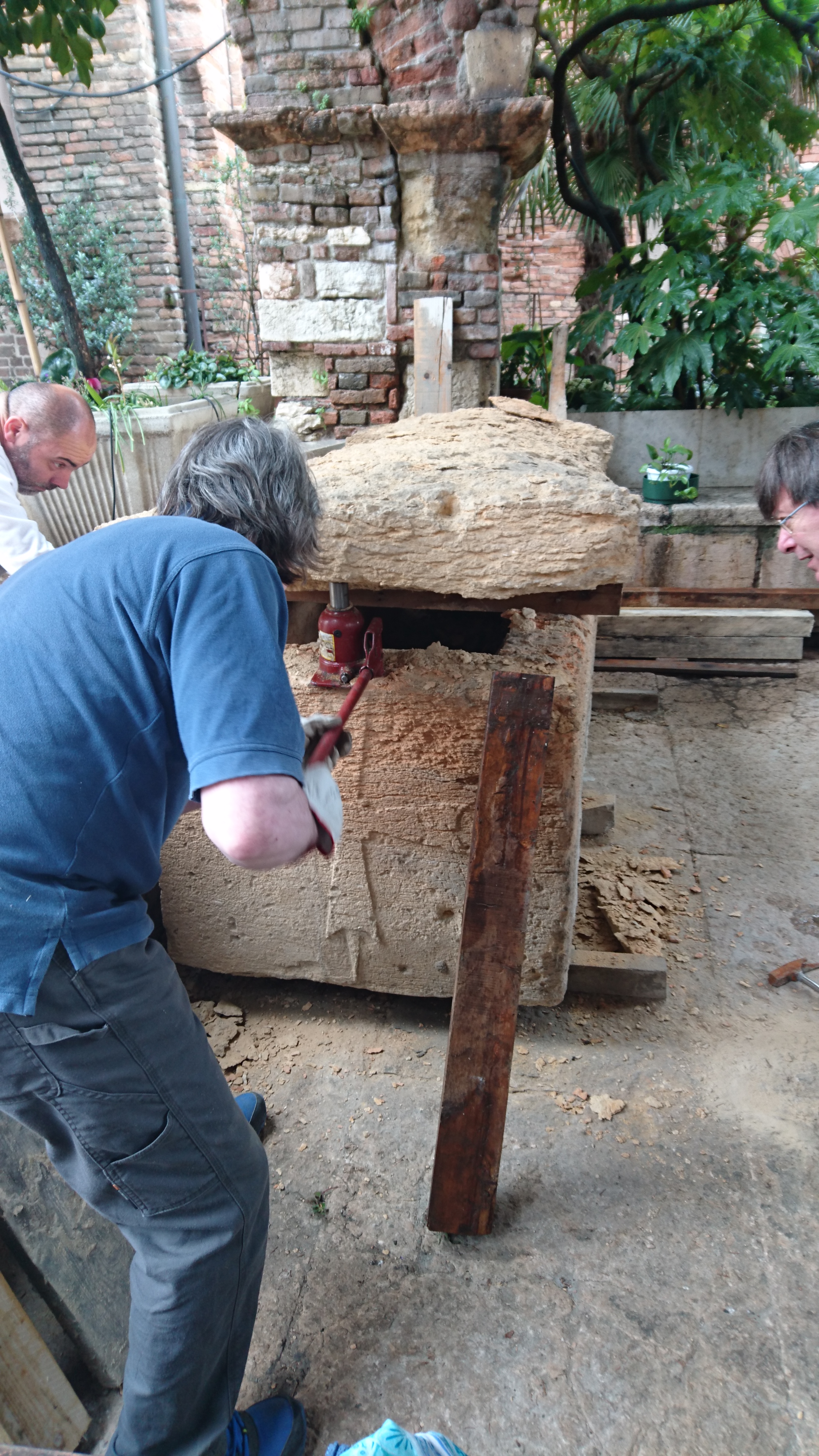 In 2016, during the restoration works of the church of San Fermo de Maggiore, in Verona, Italy, a sarcophagus with a Templar cross carved in the stone was found. The main hypothesis was it belonged to Arnau de Torroja, born in Solsona, Catalonia, who was the ninth Grand Master of the Knights Templar by the end of the 12th century. De Torroja had travelled to the Holy Land, where he had negotiated a truce with Saladin and had mediated in the tensions with the Brothers Hospitallers. He died in Verona on September the 30th of 1184, and was buried in the church of the Temple of San Vitale in Verona, presumably in a stone sarcophagus, as it was usual with the Grand Masters. Once the Order of the Temple was dissolved, the church of the Temple of San Vitale passed into the Sovereign Military Order of Malta’s hands. The church was closed in 1760 following the damage caused by the Adige river overflow; the objects the church housed were distributed to nearby churches.

The sarcophagus was opened by a team of Italian researchers led by the archaeologist of the University of Bolonia Giampero Bagni and the anthropologist Fiorenzo Facchini. Inside, they found the remains of an old man covered with a silk shroud, this revealing he was a preeminent person. According to the Carbon 14 dating, these remains belonged to 1020 – 1220, and this was consistent with the period in which Arnau de Torroja lived. Scientists took a sample of a tooth, and a genetic analysis was afterwards carried out by David Reich of Harvard University. More than half a million of informative positions of the nuclear genome were genotyped, and the results confirmed the remains belonged to a man. The mitochondrial DNA was a T2b16 and the Y chromosome was a R1b. The sample showed a very slight pollution.

Later on, and thanks to the involvement of Carles Lalueza-Fox, principal investigator at IBE, several population genetics analysis were carried out. The sample was therefore compared to samples of current Iberians, Italians and Frenchs, and results showed that despite this genetic material being very close to that of today’s Catalan people, “results are not conclusive, since we do not know how Catalans were a thousand years ago”, explains Lalueza-Fox. “For the results to be conclusive, a comparative analysis with a first grade relative is necessary, as they would share 50% of their genes”, he adds. If Arnau de Torroja’s identity is confirmed, he will be the first and only Grand Master of the Knights Templar identified to date.

Arnau de Torroja’s brother is entombed in Tarragona’s cathedral. Guillem de Torroja was the archbishop of Tarragona between 1171 and 1174. His remains are inside a marble arch next to a wall of the Santa Barbara’s chapel of the cathedral. The arch has been studied by Letitia Darna, a medievalist expert in heraldry. The archbishopric of Tarragona and the cathedral chapter have recently given the researchers the permission to get into the tomb and obtain a sample of Guillem de Torroja’s remains.