Previously known to migrate from Europe to the Afrotropics during the autumn, the fate of this butterfly species and its offspring remained unknown. Researchers were now able to demonstrate that painted lady butterflies return from the Afrotropical region to recolonise the Mediterranean in early spring, travelling an annual distance of 12,000 km across the Sahara Desert 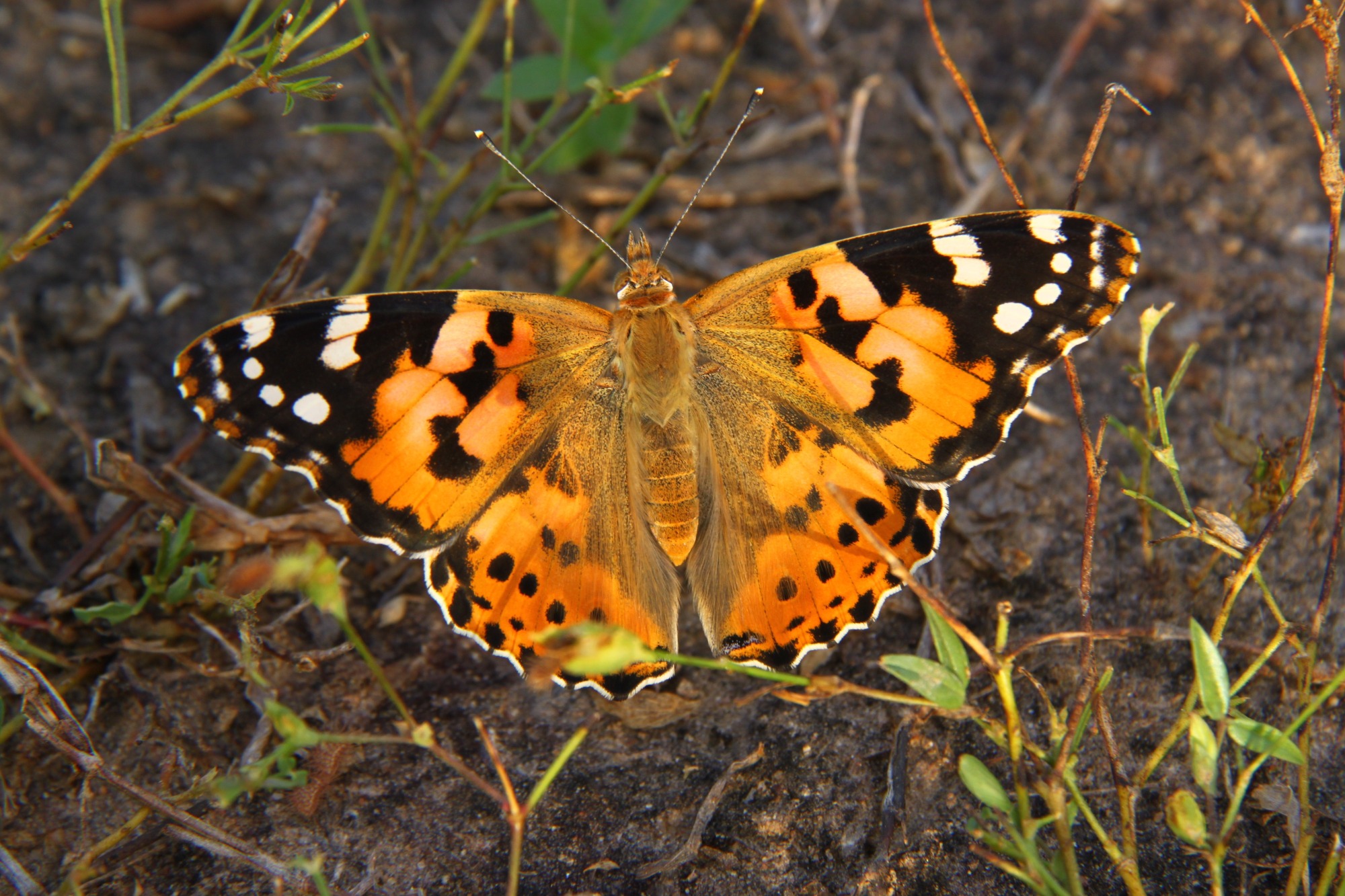 While the Palearctic-African migratory circuit is typically associated with birds, scientists from the IBE found that a butterfly species endures annual trans-Saharan circuits like some birds do ―the Painted Lady (Vanessa cardui). Their results were published today in the journal Biology Letters. This butterfly species travels 12,000 km and crosses the Sahara Desert twice to seasonally exploit resources and favourable climates on both sides of the desert. Few species are known to perform annual long-range trans-Saharan circuits, and that of the painted lady is the longest migratory flight known in butterflies to date.

In a previously published study, the researchers demonstrated that painted lady butterflies migrate from Europe to tropical Africa by the end of summer, crossing the Mediterranean Sea and Sahara Desert. The fate of these migrants and that of their offspring remained unknown. “Our hypothesis was that the species initiates a reverse northward migration towards Europe in spring, thus completing a regular migratory cycle”, states Roger Vila, one of the authors.

The answer is in the wings

With the aim of confirming this hypothesis, they studied the natal origin of the butterflies that reached the Mediterranean region in early spring. To do so, they analysed the stable hydrogen isotopes of the butterflies sampled in Morocco, Andalusia and Catalonia in Spain, Crete, Egypt and Israel. An isotope is a form of a chemical element whose atomic nucleus contains a different number of neutrons compared to protons in the nucleus. In water, the proportion of hydrogen and its stable isotope depends on the geographical location. When absorbing water, this proportion is maintained in plants; it later remains in the caterpillars that feed on these plants, and, eventually, in adult butterflies.

By analysing the hydrogen stable isotopes found in the wings of adult butterflies, the researchers could determine where they had developed as caterpillars. “It is difficult to study the movement of insects by means of observations, marking or radio tracking, since there are millions of individuals and they are very small. This is why finding out where a butterfly grew up before undergoing the metamorphosis by means of stable isotope analysis turns out to be extremely useful. It feels like magic”, says Gerard Talavera, who led the research.

The results show a major proportion of specimens stay in the Afrotropics during winter and that those recolonising the Mediterranean are most probably their offspring. This scenario closes the loop for the Palearctic-African migratory system of Vanessa cardui and shows that the annual distance travelled by the successive generations may reach about 12,000 km, including crossing of the Sahara Desert twice.

Whether the Painted Lady does regular migratory circuits similar to those of the monarch butterfly in North America was a matter of scientific debate. This research reveals the parallelisms in such a unique evolutionary adaptation.

Clément Bataille, professor at the Department of Earth and Environmental Sciences at the University of Ottawa and expert in geochemistry, is co-author of this research.

The findings published in Biology Letters are part of a wider project aimed at studying the Painted Lady’s migratory behaviour and routes. With that goal in mind, a global citizen science project called The Worldwide Painted Lady Migration has just been launched. Its objective is to gather observations of the Painted Lady Migration. More information on this project is available here: http://www.butterflymigration.org.

This research was funded by the British Ecological Society, National Geographic Society and Spanish Ministry of Economy and Competitiveness.