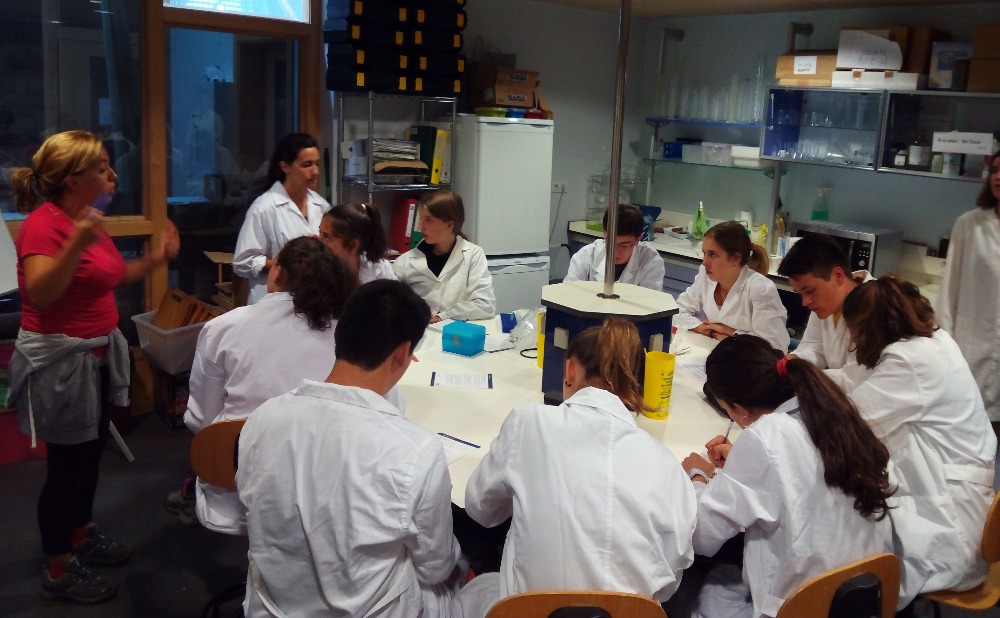 For a couple of weeks starting on June the 25th, ten 15-year-old students delved into evolutionary biology and animal biodiversity in a two-week scientific stage entitled Descobrint la biodiversitat i l’evolució: des del treball de camp fins a la genètica actual a través de la bioinformàtica. This is the second year IBE is involved in this activity, which is held in the Pyrenees and is organised within the Joves i Ciència programme of the Fundació Catalunya-La Pedrera. The stage was led by four teachers, out of which two are researchers at IBE: Lídia Escoda and Marc Simó.

The students learnt the fundamentals of evolutionary biology and bioinformatics, as well as how to sample in the field. By using field guides and dichotomous keys, they also acquired some in situ animal observation, manipulation and identification skills. Through bioinformatics, they analysed the genomic sequences and rebuilt a phylogenetic tree. Once this done, they identified the species and explored phylogeographic patterns, calculated genetic distances, and studied haplotype networks, as well as distribution and genetic diversity maps among others.