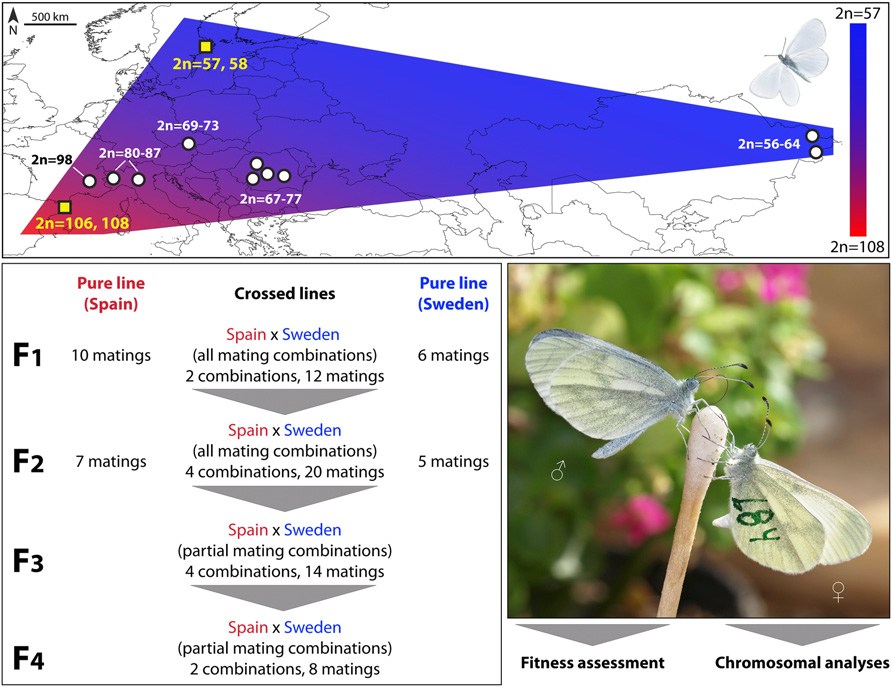 Butterfly Diversity and Evolution Lab, provide evidence for a mechanism that rescues fertility of chromosomal hybrids in species with holocentric chromosomes.

In this collaborative study a team including Vlad Dinca (co-first author) and Roger Vila, IBE researchers of the

They studied F1 to F4 hybrids between two chromosomal races of the Wood White butterfly (Leptidea sinapis), separated by at least 24 chromosomal fusions/fissions and found that, contrary to the theoretical prediction, the hybrids displayed relatively high reproductive fitness (42% of that of the control lines) and regular behaviour of meiotic chromosomes. They demonstrate that chromosomal heterozygotes butterflies have a reverse order of main meiotic events in which the first and most critical stage of the chromosome number reduction is replaced by the less risky stage of sister chromatid separation. This may facilitate long-term persistence of chromosomal rearrangements, which is a major prerequisite for chromosomal speciation.