Between February 7 and 11, the Institute of Evolutionary Biology participates in the Biennal Ciutat i Ciència with 4 proposals open to all citizens. During the Biennal, academics and researchers from the city will provide a broad perspective on scientific knowledge and citizen involvement, with the aim of reflecting openly with everyone who wants to participate. 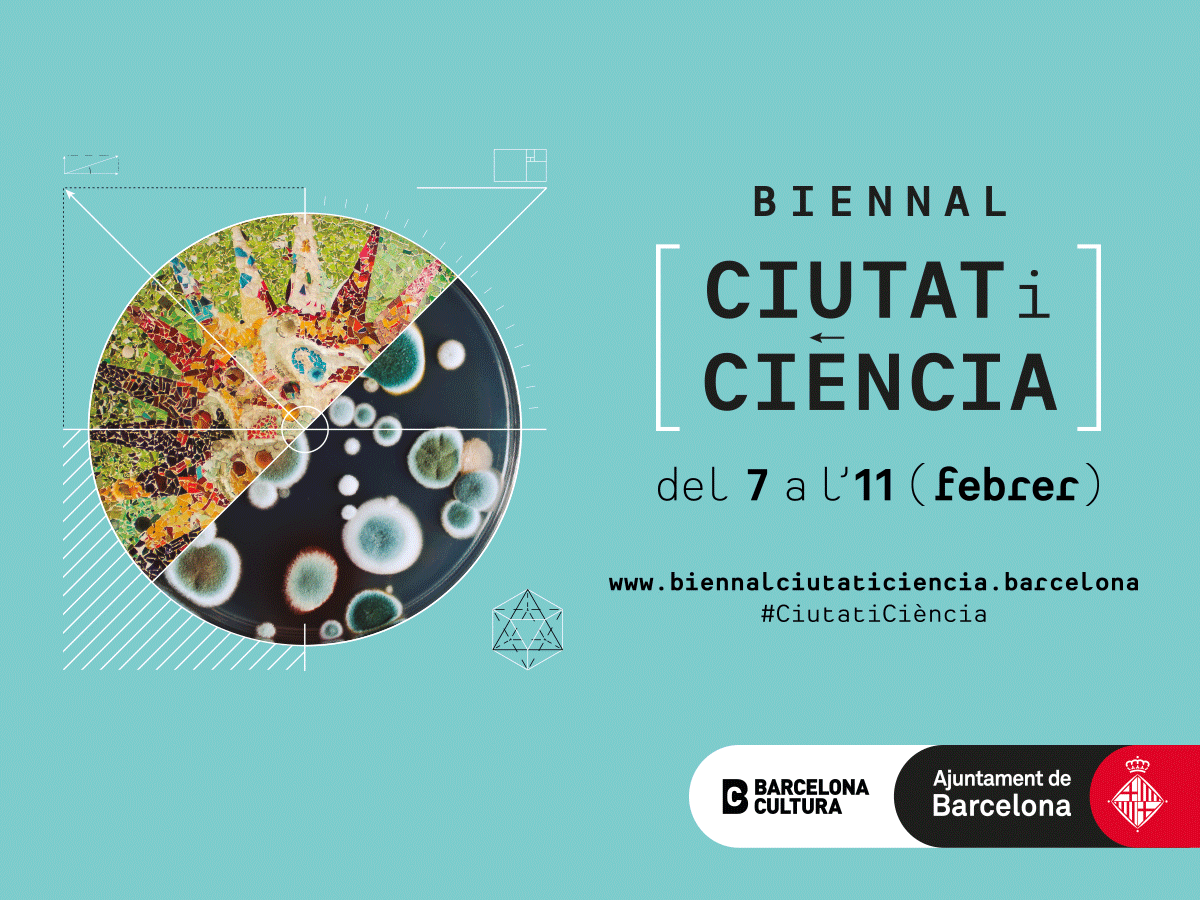 On Monday 14 the mayor of Barcelona, Ada Colau, and the Culture Commissioner, Joan Subirats, presented at a press conference the activities that will be carried out. Throughout the Biennal, free activities will be held in more than 60 facilities, aimed at all audiences and with presence in all the districts of the city. More than 80 workshops, talks, exhibitions and shows will try to nurture the city with answers to a lot of scientific questions that affect everyone.

Ricard Solé, principal investigator of the group of complex systems at the IBE and professor at the Universitat Pompeu Fabra, is one of the curators of the Biennal. In addition, participates in 4 of the scheduled activities.

The Biennal will also feature Sergi Valverde, principal investigator of the Evolution of Technology group of the IBE and visiting professor at the Pompeu Fabra University.

These are the activities where IBE researchers will participate:

The dream of manipulating or even creating life from inanimate matter is rewritten today from synthetic biology, artificial life and regenerative medicine. What are the limitations of these disciplines? What have we learned about life and death? The conference by Ricard Solé will raise the issue of how the science of the time influenced the construction of the story of Mary Shelley, with an eye also on the future.

Attendees can visit the Royal Academy of Medicine before the talk (From 7 pm to 10 pm: visits every 30 minutes, by appointment).

With global warming, our planet will face enormous changes and challenges. Why does the sea level rise? What impact does this increase have on marine biodiversity? How will the loss of Greenland ice affect our coastline? Will we adapt? How? With the data and forecasts of scientists, we can now know how the coastline can change throughout the 21st century. We will discover it in la Fàbrica del Sol of Barceloneta, and we will understand it even better by drawing the blue line on the outside (on the beach and on the promenade) that will allow us to imagine what this rise in sea level will be like. Ricard Solé will participate in the activity.

Ants, termites and even some types of fungi possess a collective intelligence resulting from a large number of interactions between different individuals and their environment. They are systems that can solve complex problems, such as finding the exit of a labyrinth or establishing the best road network to link several cities on a map. Unlike an engineer, none of these individuals has the necessary knowledge to solve these problems. How do they do it? Can we learn new ways to solve problems by imitating nature? What differences are there between your liquid brains and ours? In this dialogue between Audrey Dussutour, expert in animal behavior, and Sergi Valverde, specialist in the dynamics and evolution of complex networks and artificial life, we will solve some of these questions.

An organism of unknown nature falls into a small town in New Mexico, and an epidemic outbreak almost annihilates the population. A group of scientists go to find out what this deadly pathogen is and where it comes from. Based on Michael Crichton's novel, Robert Wise's movie The Andromeda Strain (1971) offers us a great opportunity to raise questions that are still open and highly topical. Before the screening, we will speak in a colloquium moderated by Ricard Solé with experts such as Santiago Elena and Maria Lluch. What is the origin of the viruses? Could a large pandemic such as the 2018 flu reoccur? Can you create a synthetic virus? Could we use viruses as allies in the fight against ailments? Current research offers answers, but also generates new issues of enormous importance for our future.

More information about the Biennal Ciutat i Ciència here:
https://www.biennalciutaticiencia.barcelona/