Salvador Carranza, IBE subdirector and Principal Investigator of the Systematics, Biogeography and Evolution of Reptiles Lab, has received a team of young researchers from the Saudi Wildlife Authority (SWA) for a hands-on training on Molecular Phylogenetics and GIS techniques. 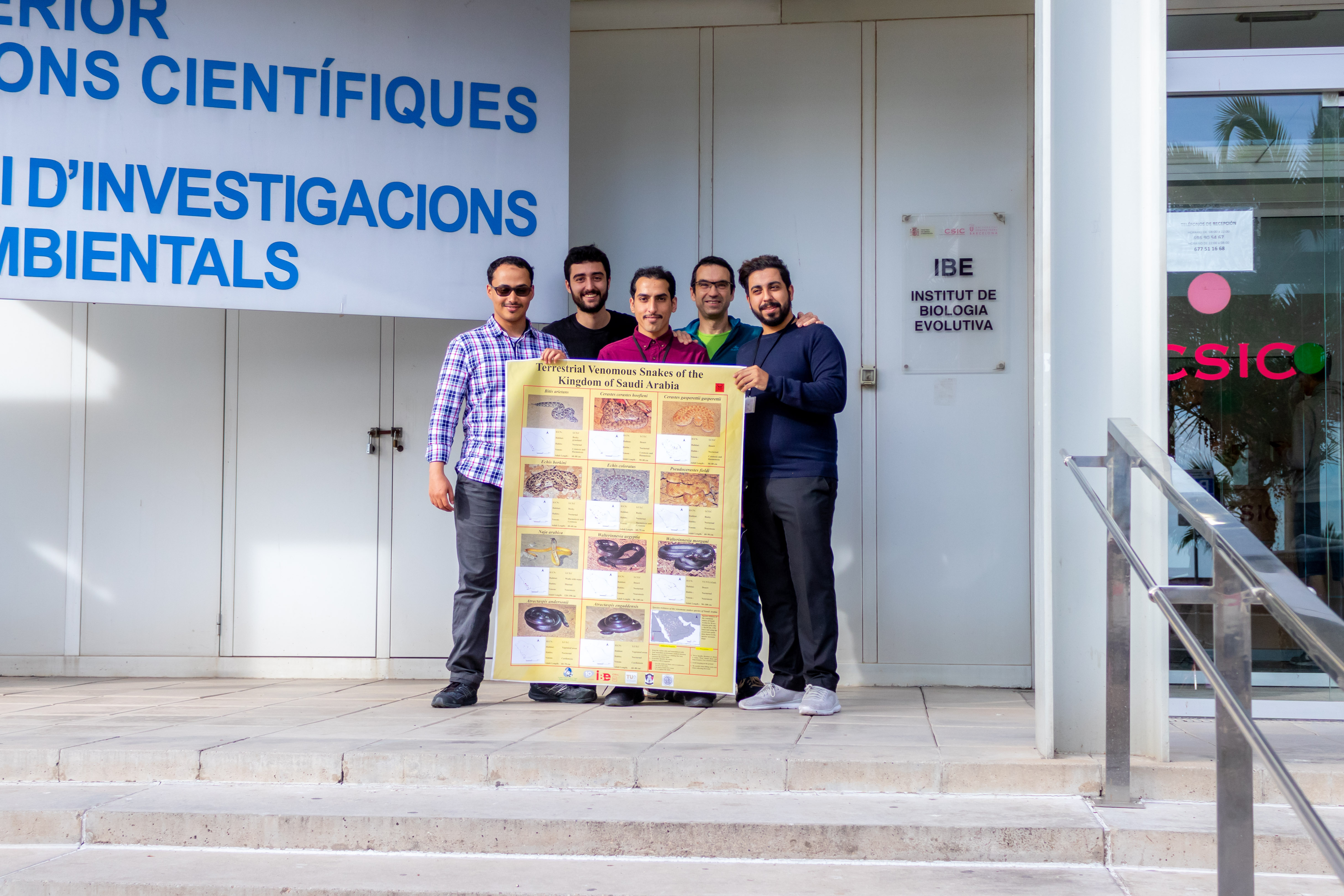 During 21 days, Abdulkarim Salehk Alanazi, Ali Salim A Al Faqih and Saad Dasman M Alsubaie have become acquainted with the best available computational techniques to study the Systematics, Biodiversity and Conservation of the reptiles of Saudi Arabia. This training is part of the collaborative project between IBE, the SWA and the Natural History Museum in Prague.

As a result of their stay, researchers have produced two scientific posters to share with their colleagues back at their host Research Centre. One on the venomous snakes of Saudi Arabia and the other one on the Systematics and Biogeography of the snakes of the genus Cerastes in Arabia.

The team joined Carranza's lab for the IBE institutional Retreat, which this year gathered together the IBE Scientific and Administrative staff for two days of scientific and team building activities.

The Saudi Wildlife Authority (SWA) was established by the Royal Decree no. 22/M on 12/9/1406 with a mandate to prepare and implement plans to sustain terrestrial and marine wildlife and rehabilitate rare and threatened species and their habitats. The ultimate goal of SWA is getting back the natural environmental balance.