Robots that have evolved their own language - NEWS ARCHIVE

Robots that have evolved their own language

Robots that have evolved their own language

Luc Steels conducted the first large-scale experiment that entailed communication between humans and robots. Now, publishes The Talking Heads Experiment: origins of words and meanings, the book that describes in detail the results of the experiment.

Luc Steels, group leader of the Language Evolution Lab from 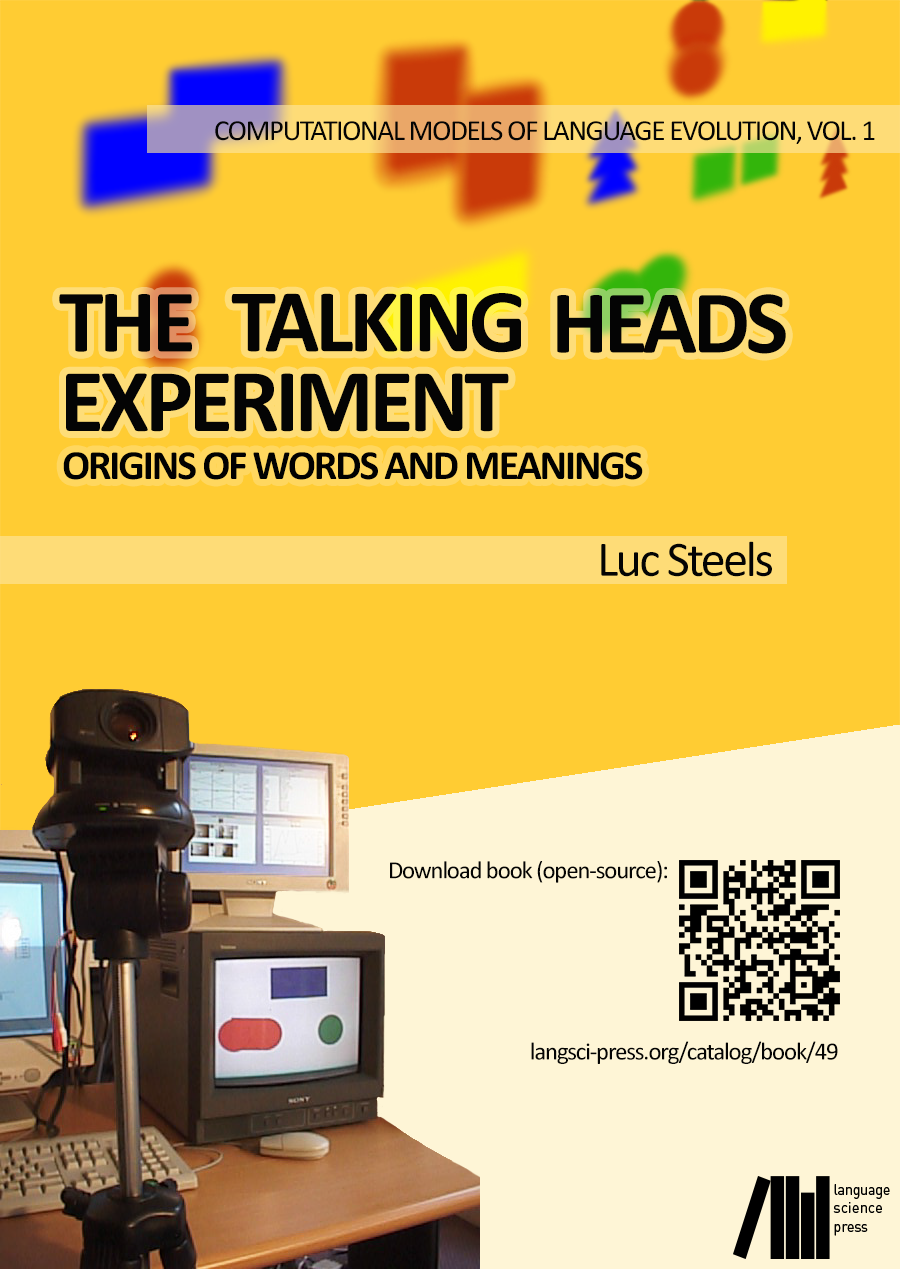 the Department of Experimental and Health Sciences (UPF) and Institut de Biologia Evolutiva (CSIC-UPF), conducted the experiment known as The Talking Heads 14 years ago. Developed between 1999 and 2001, it was the first large-scale experiment that entailed communication between humans and agents (robots), aiming the development of a shared vocabulary between all the agents. Now, on May 2015, Language Science Press (Berlin) publishes The Talking Heads Experiment: origins of words and meanings, the book that describes in detail the interaction between the agents, located in laboratories or in public places from cities like Paris, Brussels, Amsterdam or London, and the people who voluntarily joined the experiment by interacting with the agents either on site or remotely through the Internet. The book talks about the cognitive mechanisms used by the agents, the various installations of the Talking Heads, the experimental results that were obtained, and the interaction with humans; thus becoming a gem for anyone interested in the history of agent-based models of language evolution.

You can download the book for free following this link: http://langsci-press.org/catalog/book/49