Populations in eastern Africa have a very rich genetic diversity

Populations in eastern Africa have a very rich genetic diversity

East Africa is the starting point of the migrations of early humans from the African continent to the rest of the world. Therefore, the genetic diversity present in non-African human populations represents only a small part of the existing diversity in humans, and conversely, the African populations are genetically far more diverse than European or Asian ones.

Researchers at the Institute of Evolutionary Biology (IBE), a joint CSIC-UPF centre, have studied human genetic diversity in populations of east Africa, specifically in Sudan, South Sudan and Ethiopia. The study, published on 28 May in the journal Scientific Reports, was directed by Jaume Bertranpetit , principal investigator of the Evolutionary Systems Biology group of the IBE. 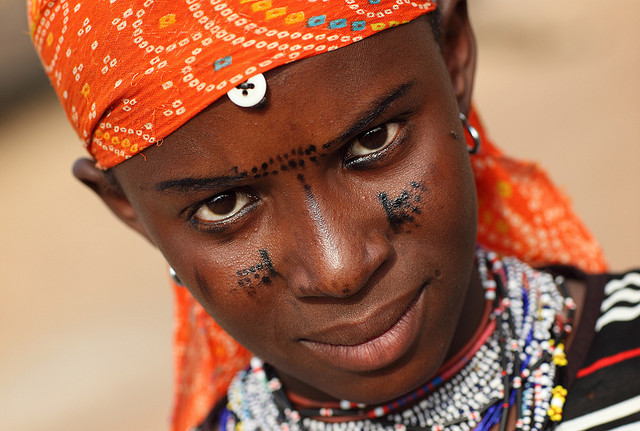 A region with a wealth of ethnicities, languages and dialects

Sudan is inhabited by more than 500 tribes that speak more than 300 languages and dialects. The great diversity of ethnicities and language groups makes this is a particularly interesting region to study genetic diversity in human populations. Thus, scientists have analysed DNA samples of 500 individuals from different ethnic groups of Sudan and neighbouring countries (South Sudan and Ethiopia), and also of the Fulani, a group of nomadic shepherds who live in this region.

The scientists have observed that most of the populations that speak a language of the Nilo-Saharan family share a genetic component that is not found in other African populations, which points to a common origin, separate from the common trunk of much of the African continent. As Bertranpetit mentions, "a whole new genetic component is described".

Surprisingly, populations of the Nuba mountains, in the east of Sudan, also present the same Nilo-Saharan ancestral component; some of these populations speak Kordofanian languages, which are quite different from the Nilo-Saharan family, although genetically they show no differences.

The work also describes what might be a genetic remnant of north African populations before the influx of the Arabs, now reduced to the Copts.

The authors of the article stress the importance of considering functional pathways when it comes to understanding the evolutionary and adaptive history of the populations. For example, they have measured the genetic distance between populations with respect to genes associated with the defence of the host against malaria and bacterial infections. Bertranpetit comments, "the study populations show great genetic similarity, which would indicate that all of these populations have been subjected to the same selective pressures caused by infectious diseases".