This insertion was first hypothesized to be adaptive to temperate environments. Ref. art.: Ullastres A, Petit N, González J (2015). Exploring the Phenotypic Space and the Evolutionary History of a Natural Mutation in Drosophila melanogaster. Molecular Biology and Evolution

A major challenge of modern Biology is elucidating the functional consequences of natural mutations. Although we have a good understanding of the effects of laboratory-induced mutations on the molecular- and organismal-level phenotypes, the study of natural mutations has lagged behind. In this work, in the journal Molecular Biology and Evolution by González and colleagues from the IBE, have linked a genetic insertion with a faster developmental time.

Mutations that are present at different frequencies in different environments are often considered to have been targets of spatially varying selection. FBti0019386 is a transposable element insertion found in natural populations of Drosophila melanogaster. This insertion was first hypothesized to be adaptive to temperate environments because it is present at higher frequencies in temperate compared with tropical North American and Australian populations.

In this publication, researchers show that the functional effects of this mutation are not consistent with a role in temperate adaptation: flies with FBti0019386 insertion do not show differences in fecundity and are more sensitive to cold stress.

On the other hand, flies with this insertion show a faster developmental time. Quick development is an adaptive trait in organisms that fed on ephemeral food sources as is the case for D. melanogaster. In the light of these results, they reassessed the clinality of this mutation and found that no clinal patterns are present in European populations suggesting that the previous clinal patterns could be due to African admixture. These results highlight the need to perform functional assays before invoking spatially varying selection. 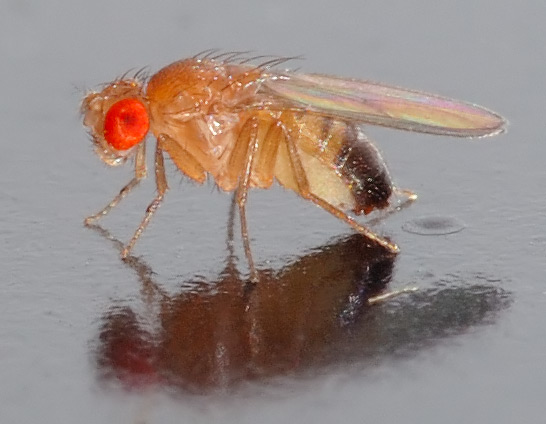