Images from the Mind - NEWS ARCHIVE

Images from the Mind

Images from the Mind

Researchers at the IBE collaborated in the development of a Brain-Computer Interface that reconstructs images with the mind, using electro- encephalography signals. Seoane LF, Gabler S & Blankertz B (2015). Images from the mind: BCI image evolution based on rapid serial visual presentation of polygon primitives. Brain-Computer Interfaces 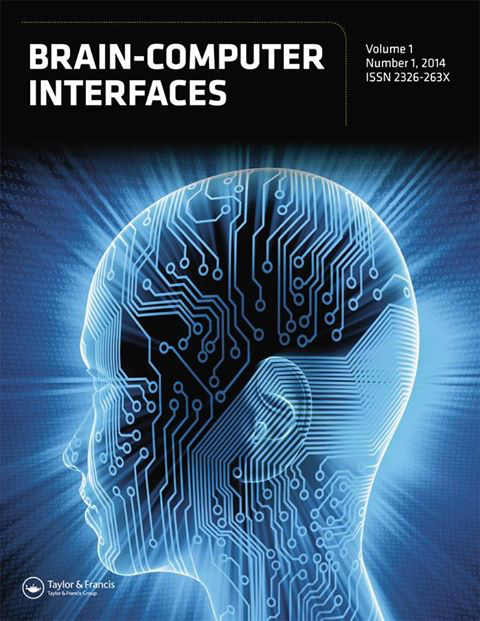 Scientists at the Bernstein Center for Computational Neuroscience (Germany) and the Institute of Evolutionary Biology (CSIC-UPF) developed a Brain-Computer Interface to reconstruct images with the mind using electroencephalography (EEG) signals. The scheme is similar to some spellers that use rapid presentations of letters to write sentences with the mind.

The paper, published at Brain-Computer Interfaces journal,  provides a proof of concept for an EEG-based reconstruction of a visual image which is on a user’s mind. Their approach is based on the rapid serial visual presentation (RSVP) of polygon primitives and brain-computer interface (BCI) technology. The presentation of polygons that contribute to building a target image (because they match the shape and/or color of the target) trigger attention-related EEG patterns.

They are then accumulated in the display until a satisfactory reconstruction is reached. Selection steps have an average classification accuracy of 75%. Twenty-five percent of the images could be reconstructed completely, while more than 65% of the available visual details could be captured on average.

Most of the misclassifications were not misinterpretations of the BCI concerning users’ intent; rather, users tried to select polygons that were different than what was intended by the experimenters. Open problems and alternatives to develop a practical BCI-based image reconstruction application are discussed.