Neanderthals mated with modern humans much earlier than previously thought

Neanderthals mated with modern humans much earlier than previously thought

According to a forthcoming publication in Nature , modern humans and Neanderthals interbred tens of thousands of years before than what had been previously reported. Using several different methods of DNA analysis and a greater amount of Neanderthal genomes, an international research team has reaffirmed the interbreeding between Neanderthals and modern humans that occurred previous to the 65.000 years thought so far: an estimated 100.000 years ago. Researchers suggest that some modern humans left Africa earlier than what we thought and mixed with Neanderthals. These modern humans probably became extinct and are therefore not among the ancestors of present-day humans.

Consistent with previous studies, modern humans appeared 200.000 years ago in Africa and spread through Eurasia around 65.000 years ago. Thanks to an unidirectional signal of Neanderthal DNA found in the genomes of humans outside Africa, it was also known that Neanderthals and modern humans had interbred by that time. The present study, however, brings to light the first evidence of the genetic contribution from modern humans to Neanderthals, a process that probably occurred in a previous migration.

The scientific team responsible for these findings consists of more than 20 researchers belonging to several European research centers including the Max Plank Institute for Evolutionary Anthropology (Germany) – leading the study -, the CSHL’s Simons Center for Quantitative Biology (USA), the Herzliya Interdisciplinary Center (Israel), the Cornell University (USA), the Institute of Evolutionary Biology (IBE, CSIC-UPF) the Centre Nacional d’Anàlisi Genòmica (CNAG-CRG) and the Catalan Institution for Research and Advanced Studies (ICREA). 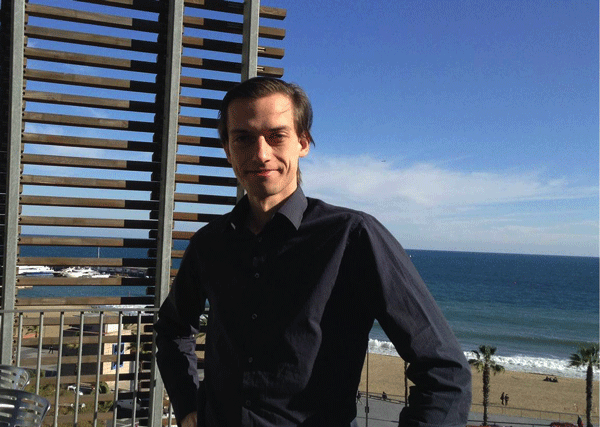 Martin Kuhlwilm, first co-author of the article led by Sergi Castellano from the Max Planck Institute, identified the regions of the Altai Neanderthal genome that come from modern humans. “I was looking to see if I could find regions in the genome where the Neanderthal genome from Siberia has sequences resembling those in humans. We know that contemporary non-Africans have traces of Neanderthal in them, so they were not useful to us. So we instead used genomes of contemporary individuals from across Africa to identify mutations which most of them have in common. Some of these mutations occur together in regions of the Altai Neanderthal genome, a sign of interbreeding,” adds Kuhlwilm, who did this work at Max Planck Institute for Evolutionary Anthropology. Martin Kuhlwilm is currently conducting his postdoctoral research at the Institute of Evolutionary Biology (IBE), joint center of the Spanish National Research Council (CSIC) and the Pompeu Fabra University (UPF), in the Comparative Genomics Lab , a research group led by Tomàs Marquès-Bonet who, together with the group leader of the Paleogenomics Lab (IBE), Carles Lalueza-Fox, also took part in this study.