Analysis paints picture of diets, medicine and possible intimacy with humans. The Neanderthals of El Sidrón Cave in northern Spain lived hardscrabble lives. But before they died some 50,000 years ago, they dined on mushrooms, moss and pine nuts. One individual may even have used plants and moulds to treat his ailments. Neanderthals ate what was available in their environments, leading to markedly different diets between groups. 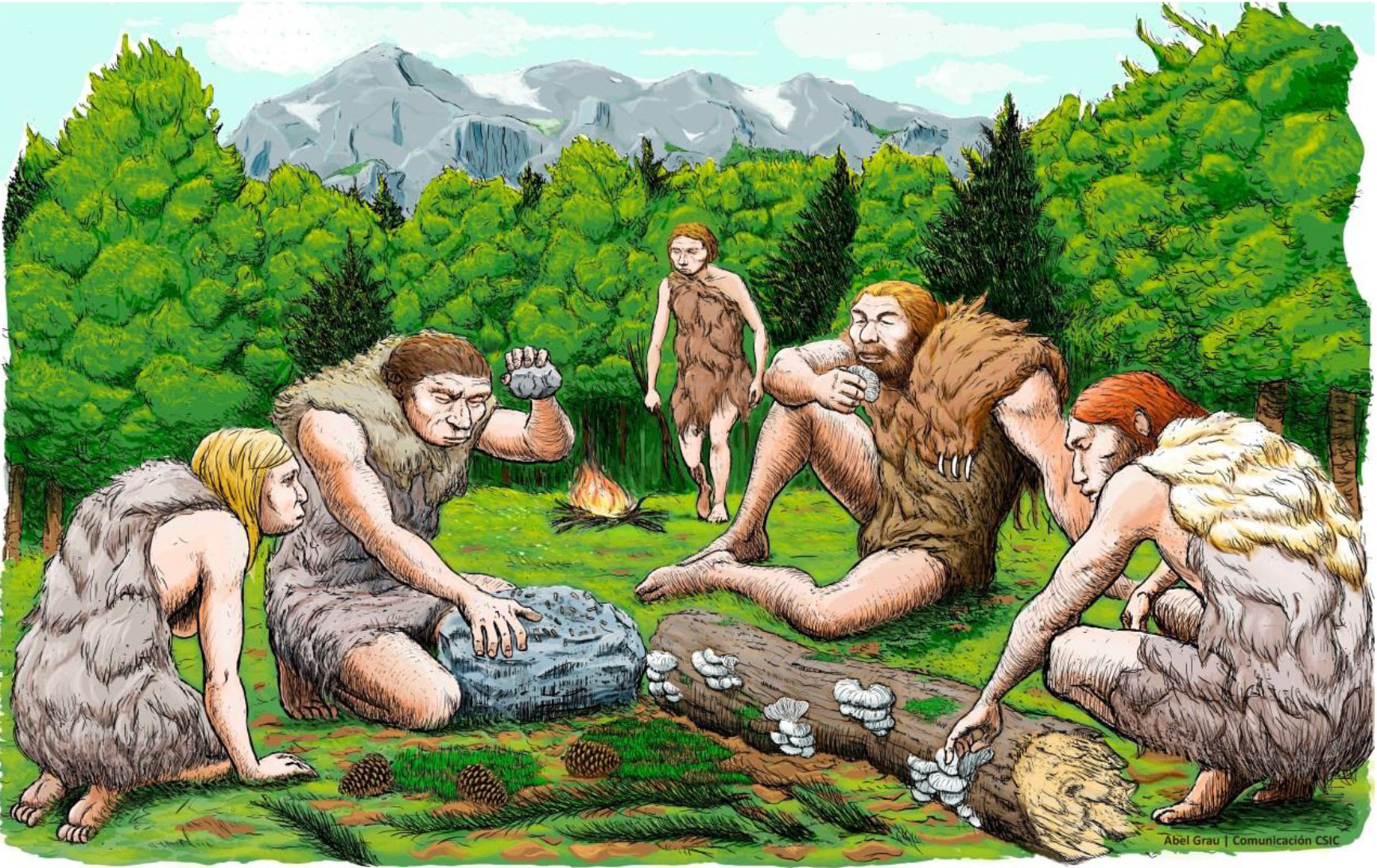 This intimate portrait is revealed in an analysis of DNA from the hardened tooth plaque of five Neanderthals. These conclusions have been published today in Nature and are the result of the collaboration of the University of Adelaide with the Institute of Evolutionary Biology of Barcelona (CSIC-UPF), among others.

The study also reconstructs the first microbiomes from an extinct hominin species, and hints at intimacy — perhaps kisses — between humans and Neanderthals. “It really paints a different picture, almost of their personalities, of really who they were,” says Laura Weyrich, a palaeomicrobiologist at the University of Adelaide in Australia who co-led the study.

Christina Warinner, an archaeological geneticist at the Max Planck Institute for the Science of Human History in Jena, Germany, praises the team’s microbiome reconstructions. The fact that the mouths of Neanderthals seem to have been colonized by microbes that are rare in humans today means that “we're really just scratching the surface of the human microbiome”, she says.

Researchers first tried to sequence DNA from the calcified layer of plaque (known as calculus) on the teeth of ancient humans more than two decades ago. The pair had hoped to learn about diet and diseases in the past, but trace contamination clouded any attempts to identify ancient microbes and foods.

Improvements in ancient DNA analysis, however, have allowed these trace sequences to be identified and have led to a bonanza of research into ancient plaque.

In a 2013 study, a team led by Cooper sequenced preserved plaque to uncover upheavals in the human oral microbiome after major dietary shifts including the large increase in starch owing to the advent of settled farming some 10,000 years ago, and the introduction of processed flours and sugar into some human diets during the industrial revolution of the nineteenth century2.

Weyrich’s team compared plaque DNA from Neanderthals from El Sidrón and from the Spy cave in Belgium. The analysis revealed that whereas Spy denizens seemed to consume woolly rhinoceros and wild sheep, El Sidrón’s foraged for plants. Both ate mushrooms.

Databases of plant and animal DNA tend to lack the extinct species that Neanderthals would have eaten, and previous studies have suggested that both groups ate meat. “At the moment I would not consider the conclusion robust,” he says.

The El Sidrón Neanderthals probably also used plants to self-medicate. DNA from poplar trees (parts of which contain salicyclic acid, historically used in aspirin), and Penicillium mould (the source of penicillin) turned up on one individual’s teeth. Weyrich suspects that they were trying to treat a visible tooth abscess and a stomach infection caused by the bacterium Enterocytozoon bieneusi.

Genetic evidence of a microbe called Methanobrevibacter oralis offers another insight, because it is also found in the mouths of modern humans. Genome comparisons suggest that the microbe’s modern lineage split from the Neanderthal one hundreds of thousands of years after the hominins’ last common ancestor lived. This suggests the archaebacterium was transmitted between them.

“If you’re swapping spit between species, there’s kissing going on, or at least food sharing,” says Weyrich, “which would suggest that these interactions were much friendlier and much more intimate than anybody ever possibly imagined.”