On March 7th, Diego de Santana Souza successfully defended his PhD at the Universidade Federal do Paraná (Curitiba, Brasil). The thesis was entitled “Molecular phylogenetic assessment of the tribes of Lamiinae (Coleoptera: Cerambycidae)” and the specific training and laboratory work to produce the molecular phylogeny was carried out at the Herbivore Beetle Evolution Lab at IBE under the supervision of Jesús Gómez-Zurita and Anabela Cardoso. 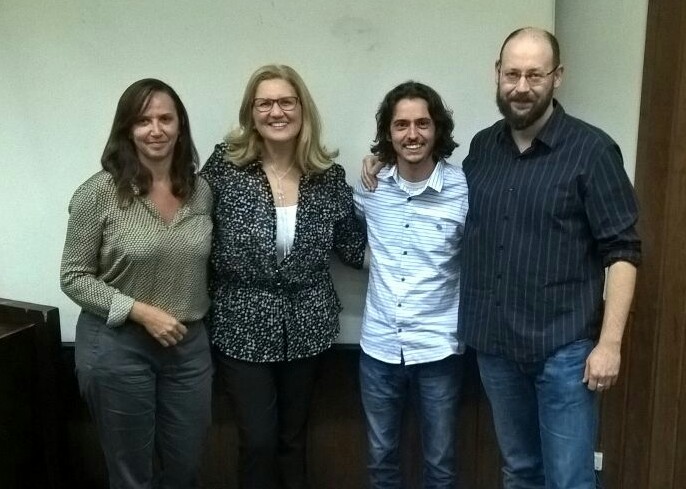 This work took place between August 2015 and August 2016 as part of a so-called “sandwich PhD abroad” promoted by the Ciência sem Fronteiras programme of the Brazilian CAPES foundation (Coordenação de Aperfeiçoamento de Pessoal de Nível Superior) as well as a short stay scholarship of the iCOOP+ programme (CSIC). The work of Diego tackles the suprageneric relationships of a hyperdiverse subfamily of beetles, the Lamiinae, which with 19,000 described species arranged in some 78 tribes, is one of the largest among herbivore beetles. Diego put together an impressive sampling covering 46 of these tribes as well as DNA sequence data for five genetic markers, which provide with a solid phylogenetic scaffold for a much needed objective refining of the suprageneric systematics of this important group of animals. The thesis of Diego was supervised by Prof. Luciane Marinoni (UFPR, Curitiba) and co-supervised by Dr. Marcela Monné (Museu Nacional do Rio de Janeiro) and Dr. Jesús Gómez-Zurita (IBE, Barcelona).