The manifesto is the main contribution of the debate held by B·Debate on 7 and 8 March at CosmoCaixa, which was co-organized by Luc Steels, ICREA researcher at the Institut of Evolutionary Biology (CSIC-UPF), and Ramon Lopez de Mantaras, CSIC researcher at the  Artificial Intelligence Research Institute. 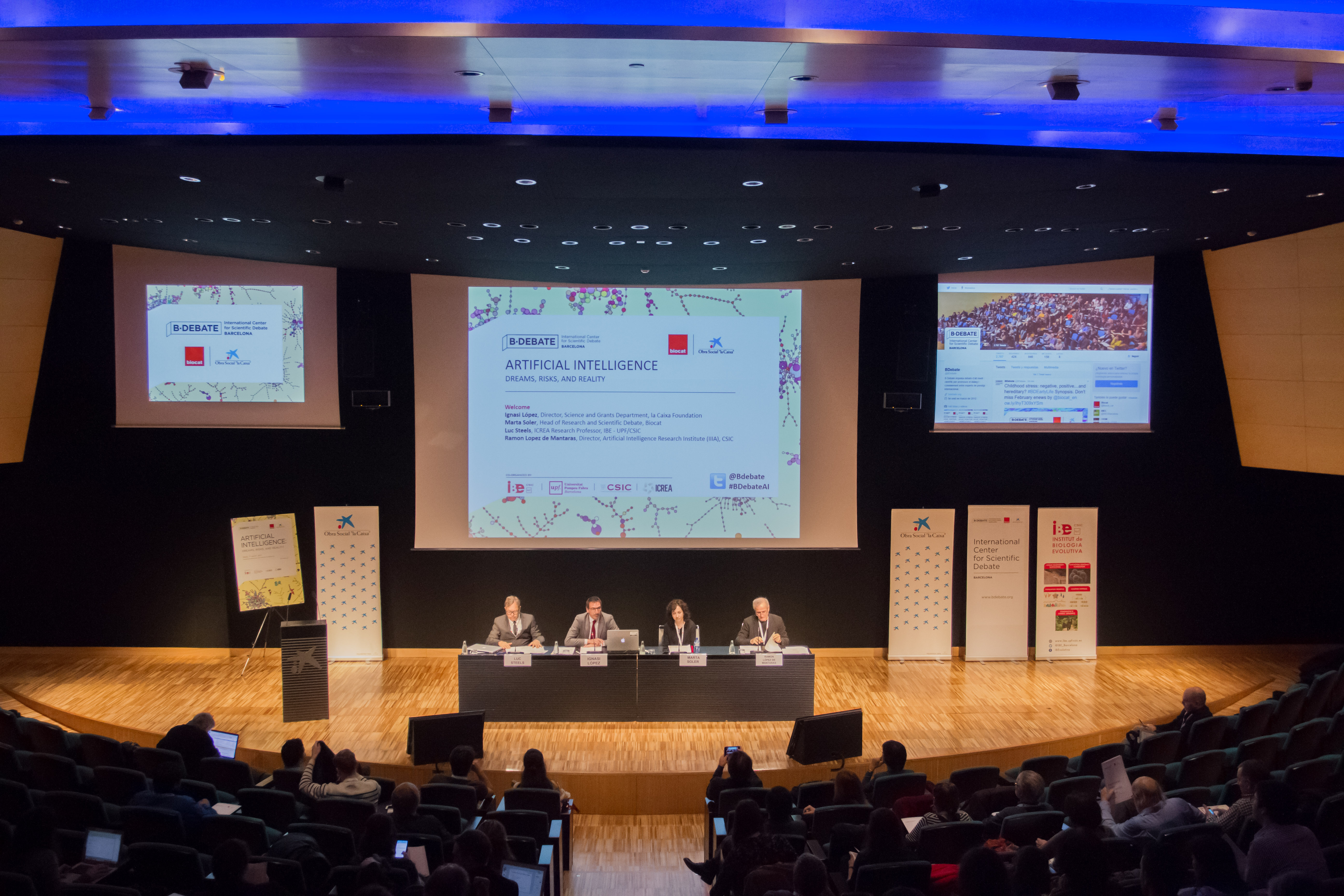 Global experts in artificial intelligence met on 7 and 8 March at CosmoCaixa to debate the promise, risks and reality of artificial intelligence applications. Called together by B·Debate, an initiative of Biocat and the “la Caixa” Foundation, along with the Institute of Evolutionary Biology (IBE - CSIC / UPF) and the Artificial Intelligence Research Institute, the experts drafted a manifesto to serve as the guidelines for proper use of AI and development of this discipline in Europe.

AI is key to developing driverless cars, smart buildings that save energy, personalized medicine and other applications that can improve human life, but it also has its risks and challenges. According to those in charge, the declaration aims to raise general awareness of the benefits and risks involved in developing artificial intelligence and have anyone who designs, uses or implements it commit to principles of prudence, transparency, responsibility and reliability.

The experts highlighted that proper use of artificial intelligence will be key to maintaining the wellbeing of society as a whole, above all in a post-truth world where emotions and beliefs are more influential than objective facts in making decisions. This is especially important when tackling large-scale issues currently facing society like climate change, pollution and migration. 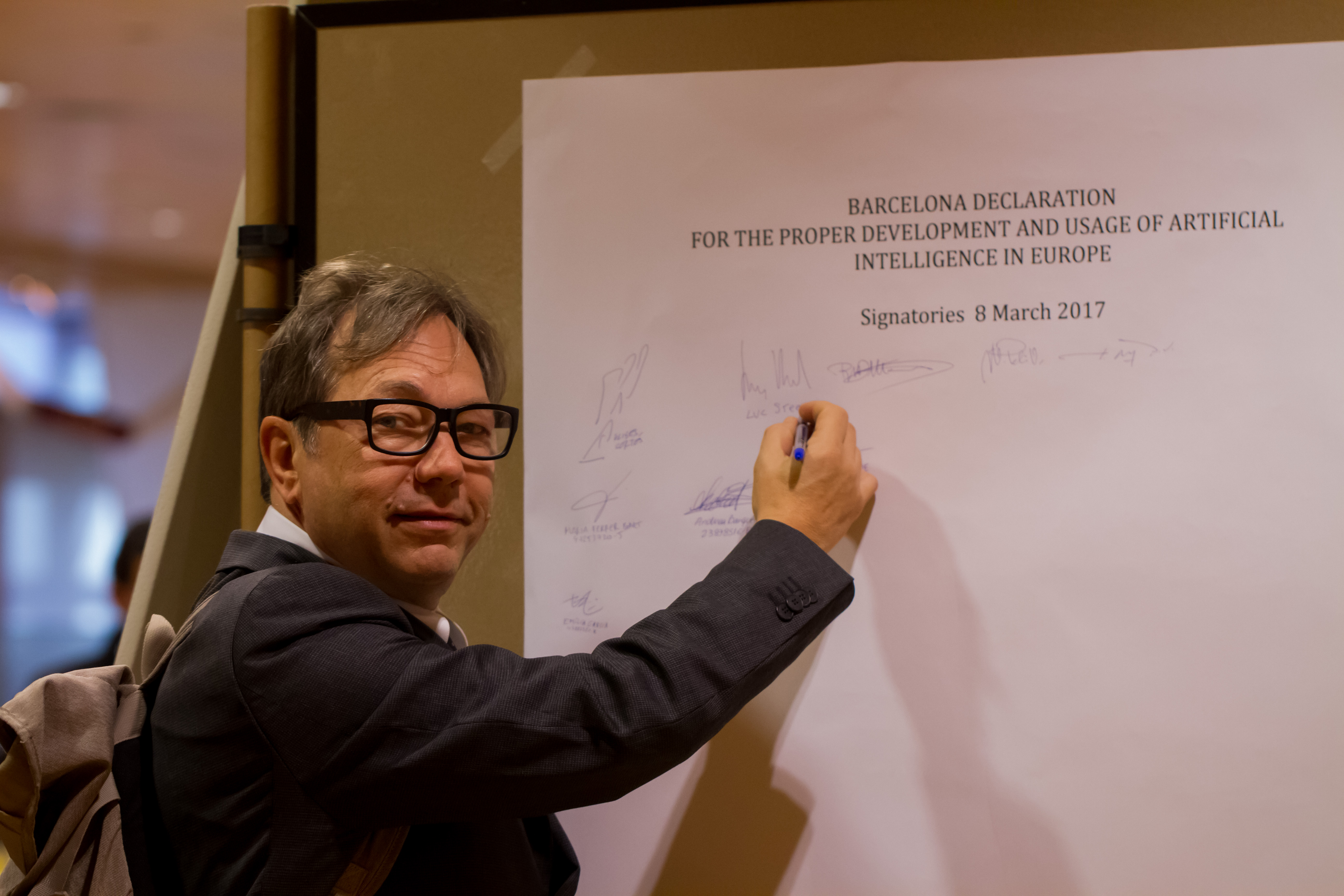 The declaration, promoted by ICREA researcher Luc Steels and Ramon Lopez de Mantaras of the CSIC, calls on agencies and European finance companies to invest in the development of artificial intelligence, given its importance for the future of the economy. However, it highlights that we need long-term research to see the possible applications for AI and which requirements should be applied to ensure it doesn’t have harmful results. The manifesto suggests creating a European agency to validate applications before they are offered to the general public. The declaration will be published in the coming weeks and be available online.

The experts also stressed growing concerns about chat-bots, automatic messaging systems that pass themselves off as human beings and operate online and on social media to manipulate political opinion, propagate false facts or scam users. They propose a possible solution, which would require interactions to be labelled as coming from a human being or an AI system and make them traceable and identifiable.