Bacteria with learning ability for the treatment of disease - NEWS ARCHIVE

Researchers at the Institute of Evolutionary Biology (CSIC-UPF) have created a bacterial circuit that responds to associative learning: before a given stimulus, the bacteria display a conditioned behaviour. The study will enable advancing in the engineering of the human microbiome, a very useful field in the treatment of complex diseases. The Journal of the Royal Society Interface publishes the results of the work this month.

A scientific team led by Ricard Solé, ICREA research professor at the Institute of Evolutionary Biology (IBE), a joint centre of Pompeu Fabra University and the CSIC, has demonstrated the possibility of designing bacteria that develop associative learning, that is, bacteria that show a conditioned response to a given stimulus. 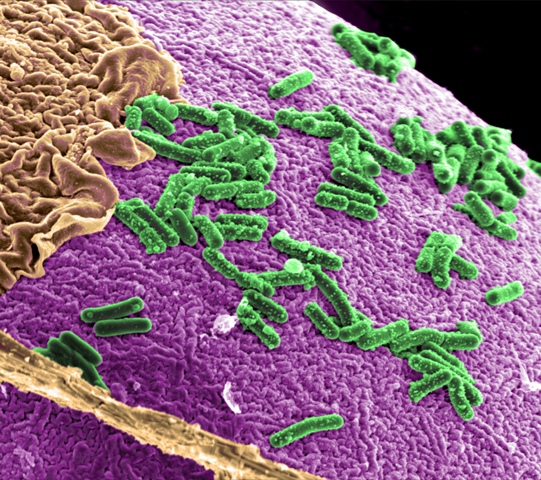 Just as the Russian researcher Iván Pávlov succeeded in 1901 in making his dog salivate when simply hearing a bell ring, Solé and his colleagues have now created circuits of bacteria that respond to the same classical conditioning. These researchers propose the use of genetically modified bacteria as a way to control the microbiome's response to different stimuli and as a tool to develop new therapies. Since these modified bacteria can create and erase memories and associate different signals with each other, it is possible to get them to learn associations in which, for example, they release a drug in a situation of disease and stop when necessary.

Interest in the microbiome has been growing in recent years, especially as a result of the discovery of its link with diseases such as cancer or diabetes and even with allergies or ageing. Given its importance in human health, it is not surprising that scientists consider the use of new bioengineering techniques to detect and cure diseases related to this complex ecosystem.

Thanks to the advances in synthetic biology, bacteria capable of producing certain compounds, such as drugs, already exist. The study proves that bacteria will not only be able to produce a drug, but also to decide when to do so. “Those related to the microbiome are often complex diseases that need “smart” bacteria, capable of delivering drugs when conditions require, but also shut off when the situation improves”, says Solé, group leader of the Complex Systems Laboratory. "If we take into account the enormous cross-talk that has been identified between microbial and human cells, particularly in relation with the gut microbiome and the nervous and immune systems, the utility of redesigning the microbial ecosystem becomes more evident."

Associative learning is a key element for adaptation to the environment. However, it is a skill commonly observed in organisms that possess a nervous system. The possibility of transferring this capacity to organisms as simple as bacteria opens a wide range of options in the world of biomedicine and, as the authors point out, to other fields as diverse as the repair of threatened ecosystems.