According to a study in which IBE (CSIC-UPF) has participated, soil sediments from eight European archaeological sites contain Neanderthal DNA. The method, described in Science, allows the presence of a large variety of ancient mammals to be detected.

The sediments forming the layers or strata at archaeological sites can be very rich in bone remains, but until now their possible fossil DNA content had not attracted the attention of paleoanthropologists. Now, a new technique developed by an international team, in which Carles Lalueza, CSIC Research Professor at the Institute of Evolutionary Biology of Barcelona, allows the remains of groups of hominids in these sediments to be traced, even in caves or in strata which have no skeletal remains. The results are published in the latest issue of Science. 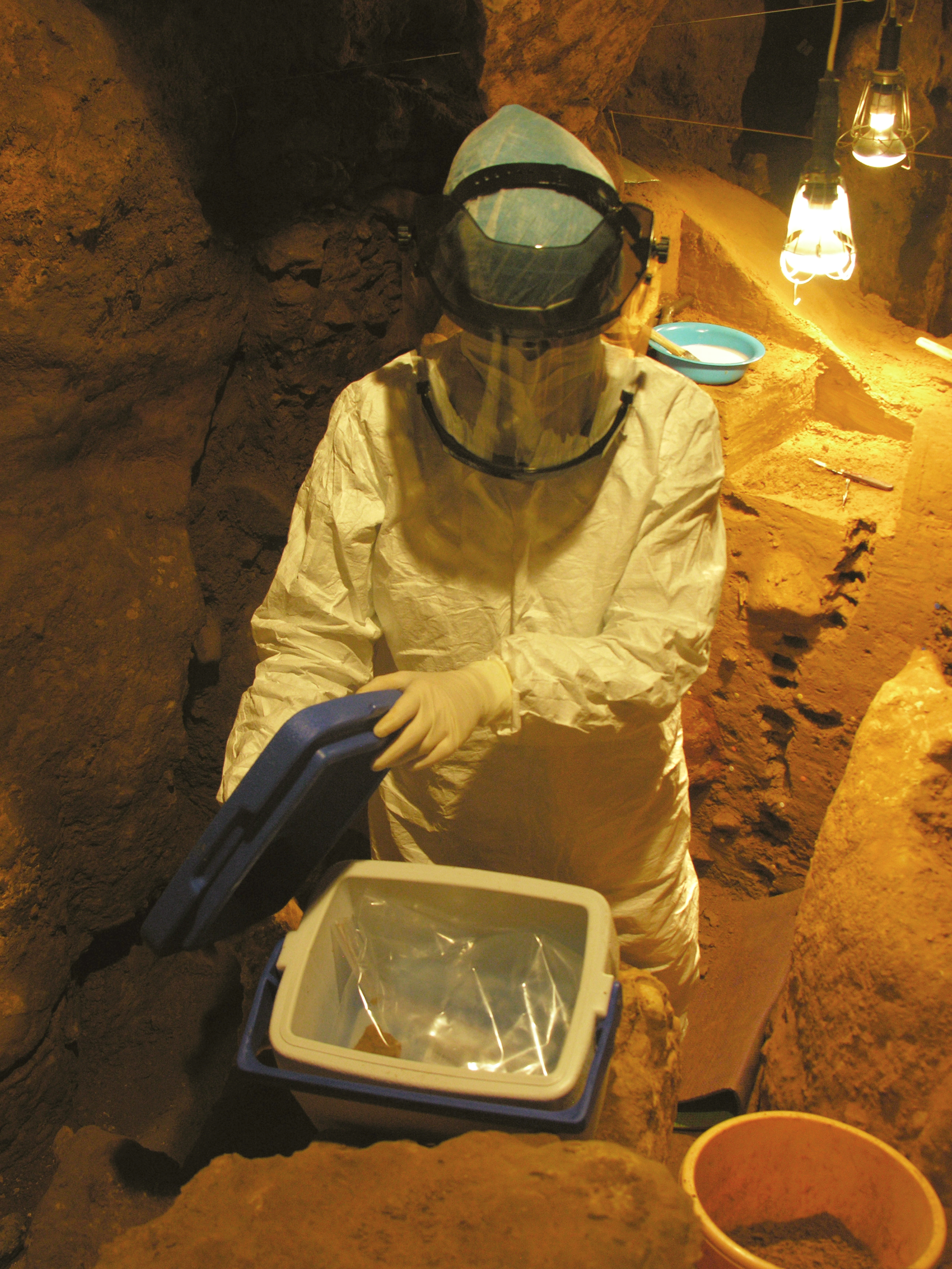 The method is based on the analysis of fragments of mitochondrial DNA, which are most abundant in the majority of eukaryotic cells. In this study, the researchers analysed 85 samples of sediments from the Pleistocene, between 550,000 and 14,000 years ago, from eight Eurasian caves, including El Sidrón (Asturias, northern Spain).

"This work represents an enormous scientific breakthrough. We can now tell which species of hominid occupied a cave and on which particular stratigraphic level, even when no bone or skeletal remains are present. We now have to learn to make best use of the soil sediment which until now was discarded, and to discover that it is teeming with DNA sequences from the organisms that occupied that land", says Antonio Rosas, CSIC scientist at the Spain’s Natural Science Museum in Madrid.

Although an extensive record of Pleistocene deposits associated with prehistoric human presence already exists, in many cases the scarcity of fossils hampers the understanding of which hominid group occupied a specific place. The soil unquestionably holds this information, given that it preserves the remains of organisms that have decomposed, defecated or bled into it.

At the Denisova archaeological site in Siberia, where the presence of Neanderthals and Denisovans has already been documented, investigators have been able to detect which layer of soil corresponds to which hominid. It has also been observed that they alternated in occupying the cave. "Moreover, the Denisovans appear in the bottommost stratum, that is, in the oldest of the deposits. Their DNA in this sediment, without being associated with any skeletal remains, is the oldest proof of their existence right now", says the CSIC researcher.

"The technique could increase the sample size of the Neanderthal and Denisovan mitochondrial genomes, which until now were limited by the number of preserved remains. And it will probably be possible to even recover substantial parts of nuclear genomes", says Lalueza-Fox.

El Sidrón cave is the only site in the study at which no animal DNA has been identified. Mitochondrial DNA from prehistoric mammals, specifically from 12 different families, was found at each of the other sites. The most common were hyaenids, bovids, equids, cervids and canids.

"This new technique allows us to collect information from mammals that were present at a particular site, regardless of whether remains are preserved or not. The origin of the recovered DNA seems to come from depositions made in situ or from the decomposition of the bodies in the caves themselves. Megafauna DNA can provide information on the diet of hominids from the past", explains Lalueza-Fox.

In some sediment samples, scientists have recovered genetic sequences from the woolly mammoth (Mammuthus primigenius), a species that became extinct in Eurasia in the Holocene some 4,000 years ago. Similarly, the sequences attributed to members of the rhinoceros family (rhinocerotidae) correspond most closely to the woolly rhinoceros (Coelodonta antiquitatis), although this species became extinct at the end of the Late Pleistocene, less than 30,000 years ago.

As for DNA from the hyena family (hyaenidae), the sequences correspond with variants of the cave hyena (Crocuta crocuta spelaea) whose modern-day subspecies, the spotted hyena, only exists in Africa. Finally, 90% of the Ursidae sequences from the Vindija Cave in Croatia coincide with the cave bear (Ursus ingressus), a lineage from Eastern Europe which disappeared around 25,000 years ago. 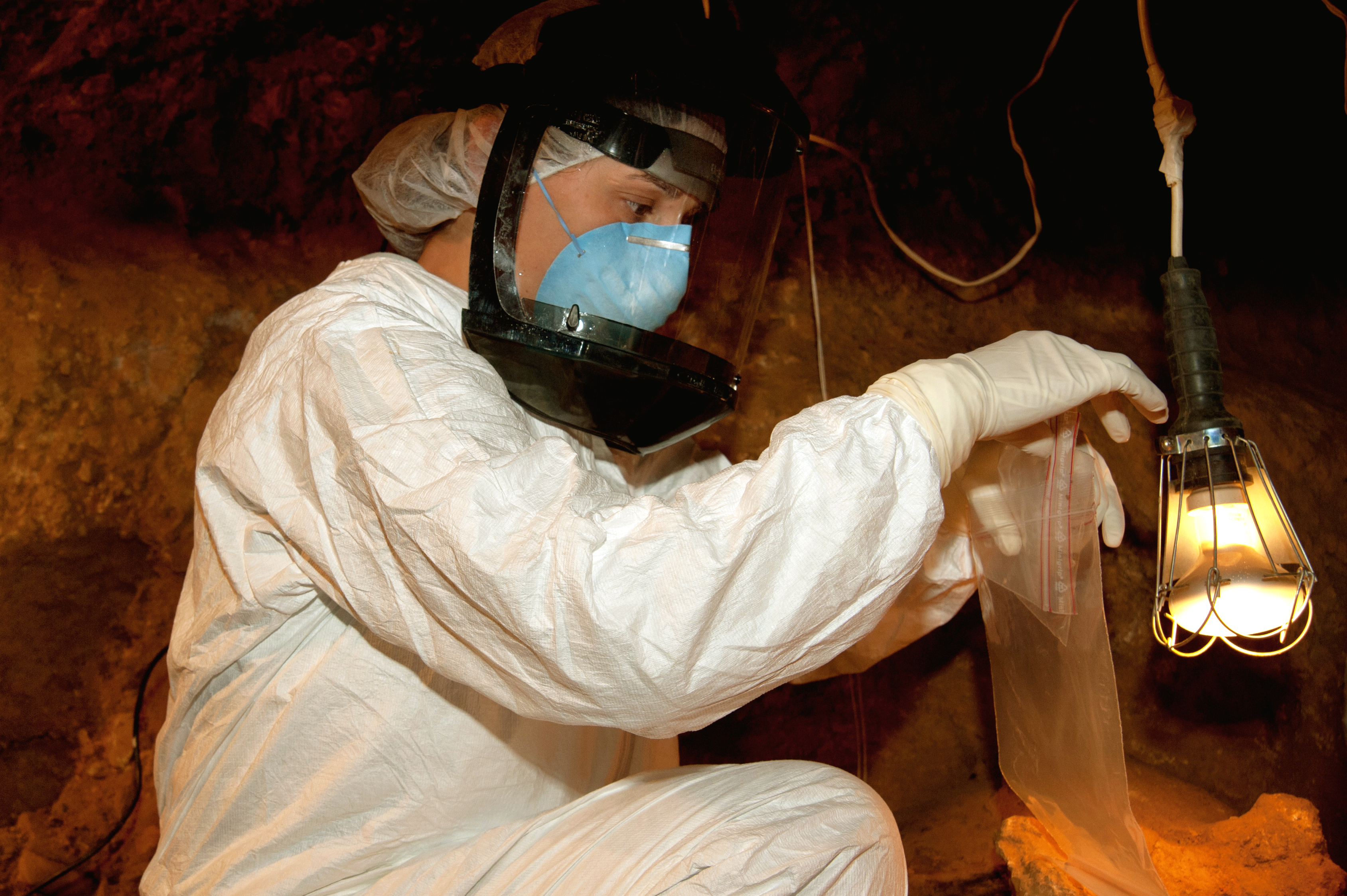 El Sidrón cave, situated in Piloña, (Asturias, northern Spain) has provided the finest Neanderthal assemblage on the Iberian Peninsula. Discovered in 1994, around 2,500 skeletal remains from at least 13 individuals of both sexes and of varying ages who lived there around 49,000 years ago have been recovered.

The multidisciplinary team working at El Sidrón consisted of palaeontologist Antonio Rosas from CSIC’s National Natural Science Museum, the geneticist, Carles Lalueza-Fox, from the Institute of Evolutionary Biology, and the archaeologist, Marco de la Rasilla, from the University of Oviedo in Asturias.

At El Sidrón, the team of archaeologists developed a pioneering protocol, known as ‘clean excavation’, which minimises the risk of contaminating the early DNA with that of modern-day human DNA from the scientific researchers working on the cave excavation. This allows both nuclear and mitochondrial DNA to be extracted from teeth and skeletal remains.