The grants will fund Fernández’s research on the origin and evolution of land animals and Richter's project to characterize the evolution and ecology of the most abundant eukaryotic microbial organisms in the oceans during the next 5 years.

With these new grants, the Institute of Evolutionary Biology (IBE) will sum 4 running ERC grants and a total amount of 7 research projects financed by the ERC to date. 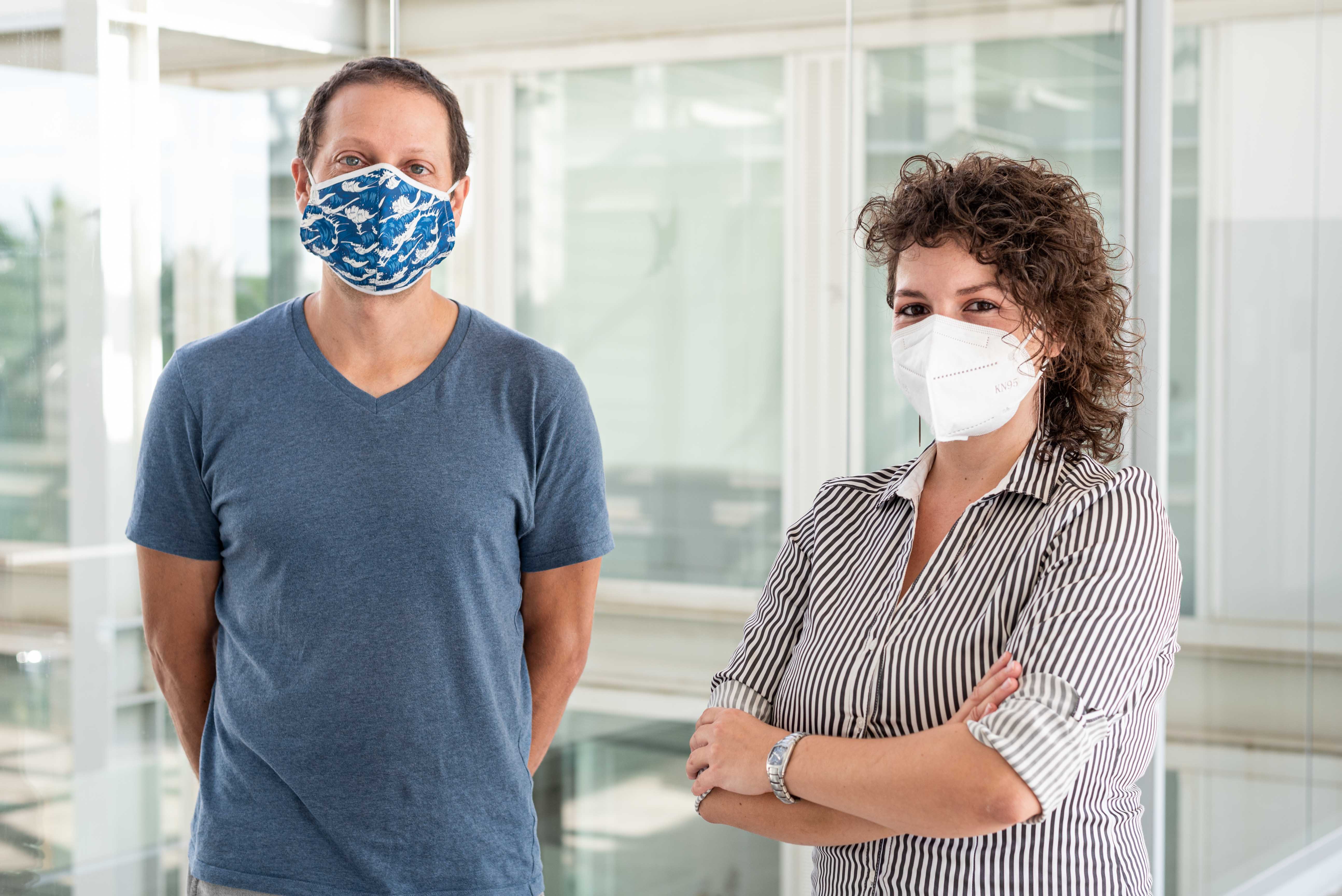 The European Research Council (ERC) has awarded Rosa Fernández, principal investigator at the Institute of Evolutionary Biology ((IBE, a joint centre of CSIC and Universitat Pompeu Fabra, and Daniel J. Richter, "la Caixa" Junior Leader Postdoctoral Researcher at IBE, the Starting Grant worth 1.5M€ to fund their research in evolutionary biology during the next 5 years.

Rosa Fernández’s project "SEA2LAND" aims to study the evolution of land animals and unravel the genomic milestones involved in going from a marine origin to life on land. “To conquer the terrestrial environment, animals radically changed the way they breathe, reproduce, move or smell. And they did it several times in Earth's history. Understanding this process is therefore key to understanding animal biodiversity”, says the scientist. "Through genomics, transcriptomics and protein engineering, we are going to study whether animals are equipped with a genetic toolkit that allowed them to adapt to terrestrial ecosystems. To that end, we will focus on several questions: which genes facilitated life on Earth, how animals reconfigured their genomes to adapt to a dry environment and how certain proteins key for life on land evolved through time”, adds Fernández.

“GROWCEAN”, Daniel Richter's project, aims to “characterize the biology, ecology and species interactions of the most abundant and unknown eukaryotic microbial organisms in the oceans, where half of global photosynthesis occurs”, explains Daniel Richter. “We set three research goals: to establish robust laboratory cultures of these as yet unknown organisms in order to understand their life history and behavior, to sequence their transcriptomes at the single-cell level to build hypotheses about  the functions of their gene repertoires, and to interpret our results to characterize their relevance to the global ecosystem”, concludes the scientist.

Fernández and Richter are two of the 11 ERC awardees granted in Catalonia in this call, and among the 23 that will develop their ERC-funded project in Spain. . Being both CSIC researchers, they are 2 of the 7 CSIC grantees in this call (being 2 female and 5 male). The highly competitive research funding has been granted to 436 top scientists and scholars out of the 3272 proposals across Europe. With the highly-coveted funding, worth in total €677 million, the new early-career researchers will build their own teams and conduct pioneering research in science.

ERC Starting Grants are designed to support excellent Principal Investigators at the career stage at which they are starting their own independent research team or programme. Principal Investigators must demonstrate the ground-breaking nature, ambition and feasibility of their scientific proposal.With these new grants, to date, IBE has received ERC funding for the development of 7 research projects.

Daniel J. Richter earned his PhD in Molecular Biology from the University of California, Berkeley in 2013. He is currently a “la Caixa” Junior Leader Postdoctoral Fellow at IBE.

Rosa Fernández (1983) earned her PhD in Biology at Complutense University of Madrid in 2012. She is currently a Ramón y Cajal researcher and group leader of the Metazoa Phylogenomics Lab at IBE.