A research team led by researchers from the Institute of Evolutionary Biology (IBE, CSIC-UPF) has used synthetic biology to develop a new type of genetic design that can reproduce some of the key processes that enable creating structures in natural systems, from termite nests to the development of embryos. This synthetic circuit, based on the E. coli bacteria model, is capable of inducing the formation of regular spatial patterns during growth of the bacterial colony just by genetically modifying three essential ingredients of this organism. The synthetic system can generate patterns that do not exist in nature and could be used to design other systems (including mammalian cells) that have a complex spatial organization and study their formation and possible alterations. 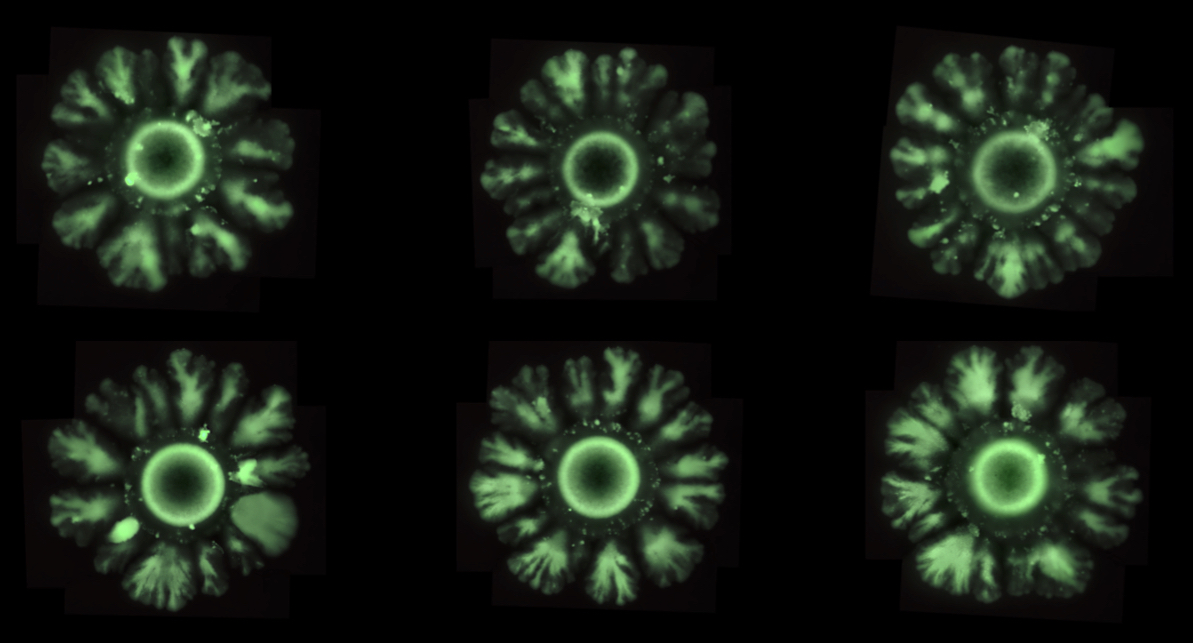 Richard Feynman, one of the most respected physicists of the twentieth century, said “What I cannot create, I do not understand”. Not surprisingly, many physicists and mathematicians have observed fundamental biological processes with the aim of precisely identifying the minimum ingredients that could generate them. One such example are the patterns of nature observed by Alan Turing. The brilliant English mathematician demonstrated in 1952 that it was possible to explain how a completely homogeneous tissue could be used to create a complex embryo, and he did so using one of the simplest, most elegant mathematical models ever written. One of the results of such models is that the symmetry shown by a cell or a tissue can “break” under a set of conditions. However, Turing was not able to test his ideas, and it took over 70 years before a breakthrough in biology technique was able to evaluate them decisively. Can Turing’s dream be made a reality through Feynman’s proposal? Genetic engineering has proved it can.

The researchers have used synthetic biology to develop a new type of genetic design that can reproduce some of the key processes that enable creating structures in natural systems, from termite nests to the development of embryos.

Now, a research team from the Institute of Evolutionary Biology (IBE), a joint centre of Pompeu Fabra University (UPF) and the Spanish National Research Council (CSIC), has developed a new type of model and its implementation using synthetic biology can reproduce the symmetry breakage observed in embryos with the minimum amount of ingredients possible.

The research team has managed to implement via synthetic biology (by introducing parts of genes of other species into the E. coli bacteria) a mechanism to generate spatial patterns observed in more complex animals, such as Drosophila melanogaster (fruit fly) or humans. In the study, the team observed that the strains of modified E. coli, which normally grow in (symmetrical) circular patterns, do as in the shape of a flower with petals at regular intervals, just as Turing had predicted. 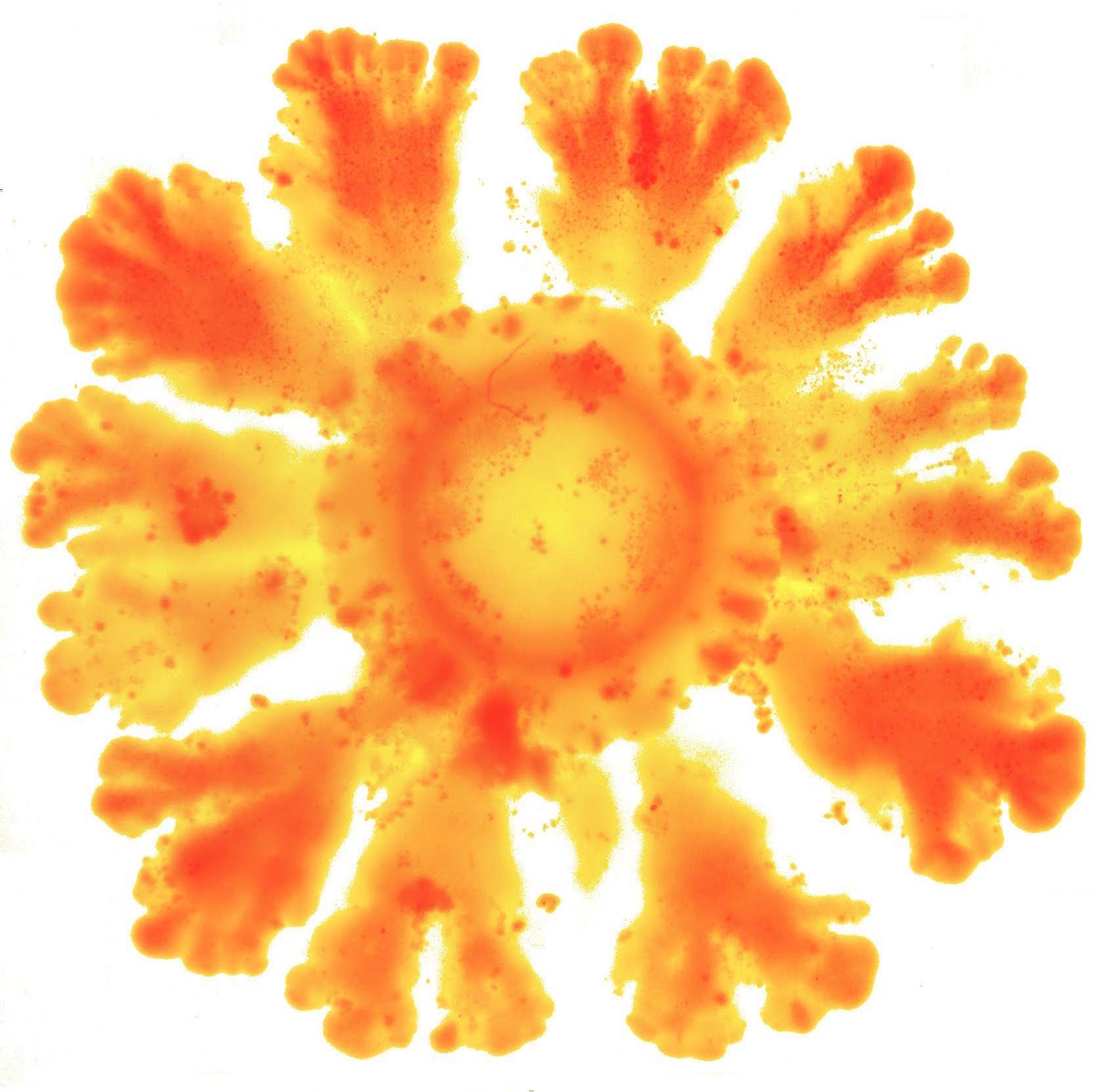 “We wanted to build symmetry breaking that is never seen in colonies of E. coli, but is seen in patterns of animals, and then to discover which are the essential ingredients needed to generate these patterns”, says Salva Duran-Nebreda, who conducted this research for his doctorate in the Complex Systems laboratory and is currently a postdoctoral researcher at the IBE Evolution of Technology laboratory.

Using the new synthetic platform, the research team was able to identify the parameters that modulate the emergence of spatial patterns in E. coli . “We have seen that by modulating three ingredients we can induce symmetry breaking. In essence, we have altered cell division, adhesion between cells and long-distance communication capacity (quorum sensing), that is to say, perceive when there is a collective decision”, Duran-Nebreda comments.

This synthetic circuit is capable of inducing the formation of regular spatial patterns during growth of the bacterial colony just by genetically modifying three essential ingredients of this organism.

The observations made in the E. coli  model could be applied to more complex animal models or to insect colony design principles. “In the same way that organoids or miniature organs can help us develop therapies without having to resort to animal models, this synthetic system paves the way to understanding as universal a phenomenon as embryonic development in a far simpler in vitro system”, says Ricard Solé, ICREA researcher at the Complex Systems group at the IBE, and head of the research.

The model developed in this study, the first of its kind, could be key to understanding some embryonic development events. “We must think of this synthetic system as a platform for learning to design different fundamental biological mechanisms that generate structures, such as the step from a zygote to the formation of a complete organism. Moreover, such knowledge on the frontier between mechanical and biological processes, could be very useful for understanding developmental disorders”, Duran-Nebreda concludes.