Back The private life of the mayfly revealed, beyond fleeting sex

A research team led by the Institute of Evolutionary Biology (IBE) has discovered the molecular mechanism hidden behind the mayfly’s mysterious transition to adulthood.

Published in the journal PNAS, the study reveals that mayflies moult once more after metamorphosis to reach sexual maturity and reproduce efficiently during their last hours of life.

The discovery of how this unique insect reaches adult life could help in the study of river ecosystems, as mayflies provide a good bioindicator of their status, and help decipher the insects’ keys to evolutionary success. 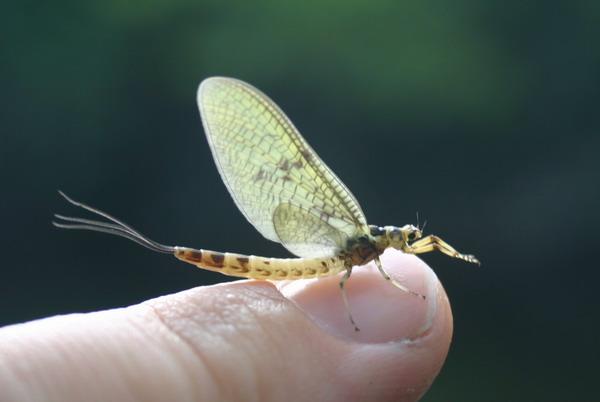 Mayflies are insects just a few millimetres in length that spend their life as nymphs in freshwater and their adult life in the air. They are known for their short adult life, which usually lasts less than 24 hours, hence the name of the group (from the Greek ephemeros, ephemeral, short-lasting). During this short adult stage, or imago, mayflies live in the air and perform synchronized flight in their hundreds, and it is in the midst of this ritual that the males have to catch and impregnate the females on the wing. Then, the fertilized females lay their eggs in the river. Despite their brief stage as adults, beforehand mayflies spend between a few months and four years as water nymphs, breathing through gills.

Another peculiarity that has fascinated the scientific community is that mayflies moult as winged insects after finishing their metamorphosis, unlike other flying insects, which mostly belong to the group of neoptera. Mayflies belong to the palaeoptera, the oldest group of winged insects living today, and they go through the stage called subimago, which is a half-way between nymph and adult. Despite being a winged stage, the subimago still cannot reproduce, and to date its biological reason for being was not very well known.

Now, a research team led by the Institute of Evolutionary Biology (IBE), a centre of the Spanish National Research Council (CSIC) and Pompeu Fabra University (UPF), has discovered that mayflies moult during the subimago stage after metamorphosis to reach sexual maturity and reproduce effectively during their last hours of life. The team has ascertained that the mayfly’s metamorphosis shares genetic mechanisms that had already been described for the most recent neoptera. The study, involving researchers from the Andalusian Centre for Developmental Biology (CABD) of the Spanish National research Council and Pablo de Olavide University, also reveals that the mayfly’s front legs grow dramatically between subimago and adulthood, making it easier for the male to catch the female in flight and complete reproduction during its brief adult life.

Mayflies molt during the submage phase to reach sexual maturity and reproduce effectively. Before, they undergo the metamorphosis following the same genetic mechanisms as the most modern winged insects. 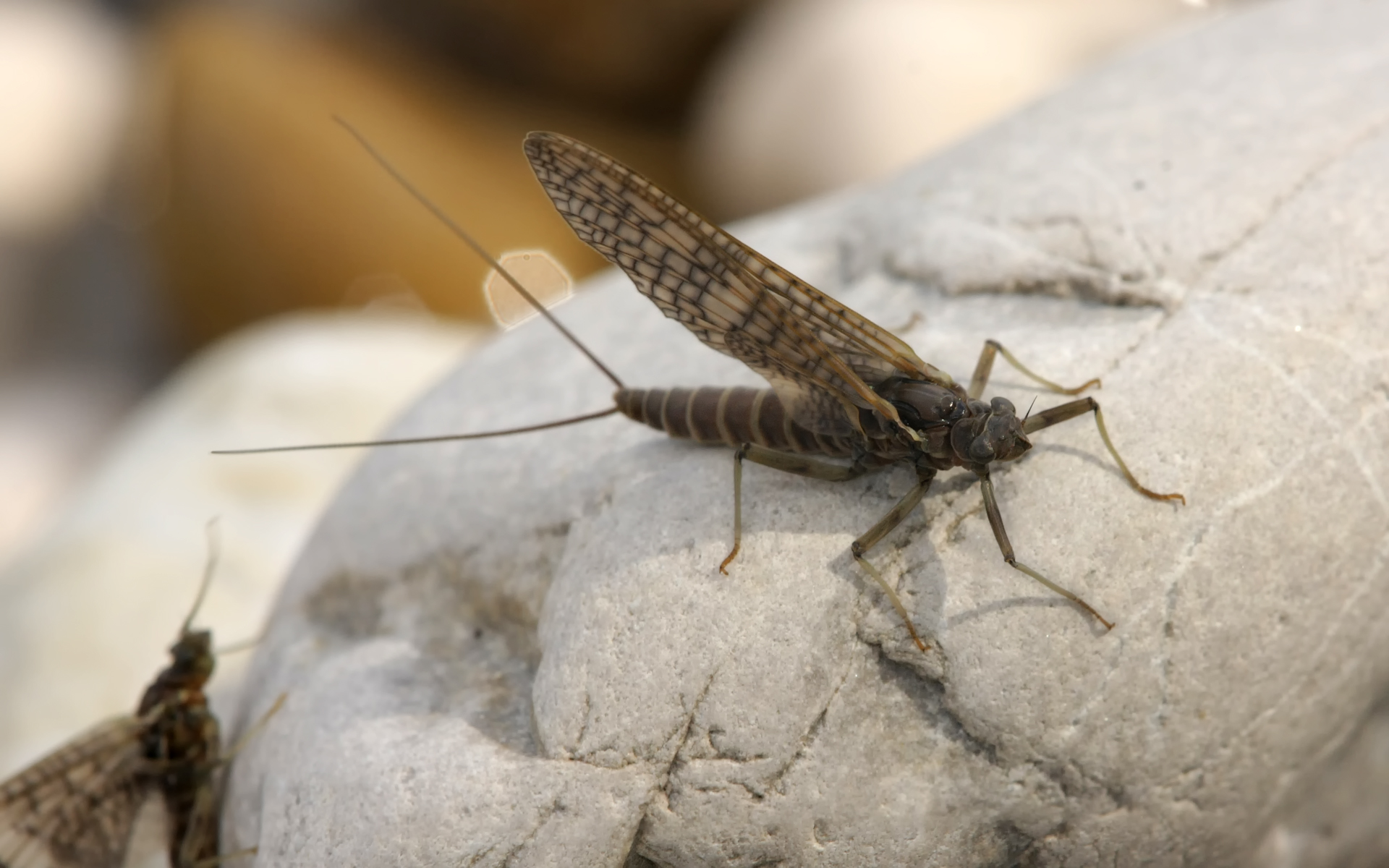 An ephemeral adult life, more complex than it seemed

The contributors to the study, Isabel Almudí and Fernando Casares of the CABD, managed for the first time to establish a continuous culture of mayflies in the laboratory, and this enabled them later to study how metamorphosis is regulated. This step has been instrumental in establishing the identity of the subimago (it would be an initial phase of the adult stage) and find out what adaptive purpose it has. “We now know that this intermediate phase allows growing all adultoid structures to their ideal functional size”, comments Xavier Bellés, principal investigator of the IBE in the Evolution of insect metamorphosis laboratory who leads the study.

“At the CABD, we managed to get the insects to reproduce in the laboratory by forced copulation. We bred nymphs in aquariums until they entered the subimago phase. Once out of moulting and in their adult form, we were able to facilitate fertilization by holding a male and a female and making them rub abdomens until copulation occurred. Then, the female develops the eggs internally and when the time comes for the nymphs to hatch, she deposits them in water”, Almudí outlines.

The team has found that during the subimago phase, mayflies develop the final form of their wings and reach sexual maturity. Moreover, between the last nymphal stage, subimago, and adulthood, the forelegs grow up to eight times in size, to enable the male to catch a female on the wind and copulate.

“In one stage it would not be possible, neither mechanically nor in terms of energy, to conclude this extraordinary growth of certain parts of the body, especially the legs”, comments Orathai Kamsoi, first author of the study and former doctoral student at the IBE. “With this intermediate phase, the subimago, mayflies develop forelegs that enable their acrobatic reproduction”.

During the subimago phase, mayflies develop the final shape of their front legs, which grow spectacularly and allow their acrobatic reproduction.

Metamorphosis regulates the development of mayflies

Following its investigation, the team has confirmed that mayflies conserve the same molecular mechanism that initiates metamorphosis in the most modern neoptera. The study suggests that the mechanism of metamorphosis was already present in primitive palaeoptera, and was preserved despite extreme adaptations undergone by mayflies during their long history.

“Mayflies have adapted to live a long aquatic juvenile life, followed by a very short adult stage, lasting no more than two weeks at best. Even so, we now know they have the same regulatory mechanisms of metamorphosis as neoptera”, Casares reveals.

“This finding suggests that the mechanism responsible for metamorphosis, which is known as the MEKRE93 pathway, is even older than we thought, as it would have been present in the first winged insects, some 400 million years ago, which then divided into palaeoptera and neoptera", Bellés adds.

The discovery of how this unique insect lives and develops could help in the study of river ecosystems, as mayflies provide an excellent bioindicator of their status and water quality.

The study has received funding from the Ministry of Economy and Competitiveness of the Catalan Government and from the ERDF, among others.