An international research team led by the Institute of Evolutionary Biology (IBE) in Barcelona, the Max Planck Institute for Evolutionary Anthropology (MPI-EVA), the German Centre for Integrative Biodiversity Research (iDiv) and Leipzig University has compiled the largest genomic catalogue of wild chimpanzee populations in Africa.

For the first time, the genomic information obtained from hundreds of faecal samples of chimpanzees from across their range has been sequenced, clarifying their evolutionary history and contributing to the conservation of these great apes.

The new genomic atlas, published in the journal Cell Genomics, has the potential to map routes and sources of illegal trafficking that could be used to protect this endangered species. 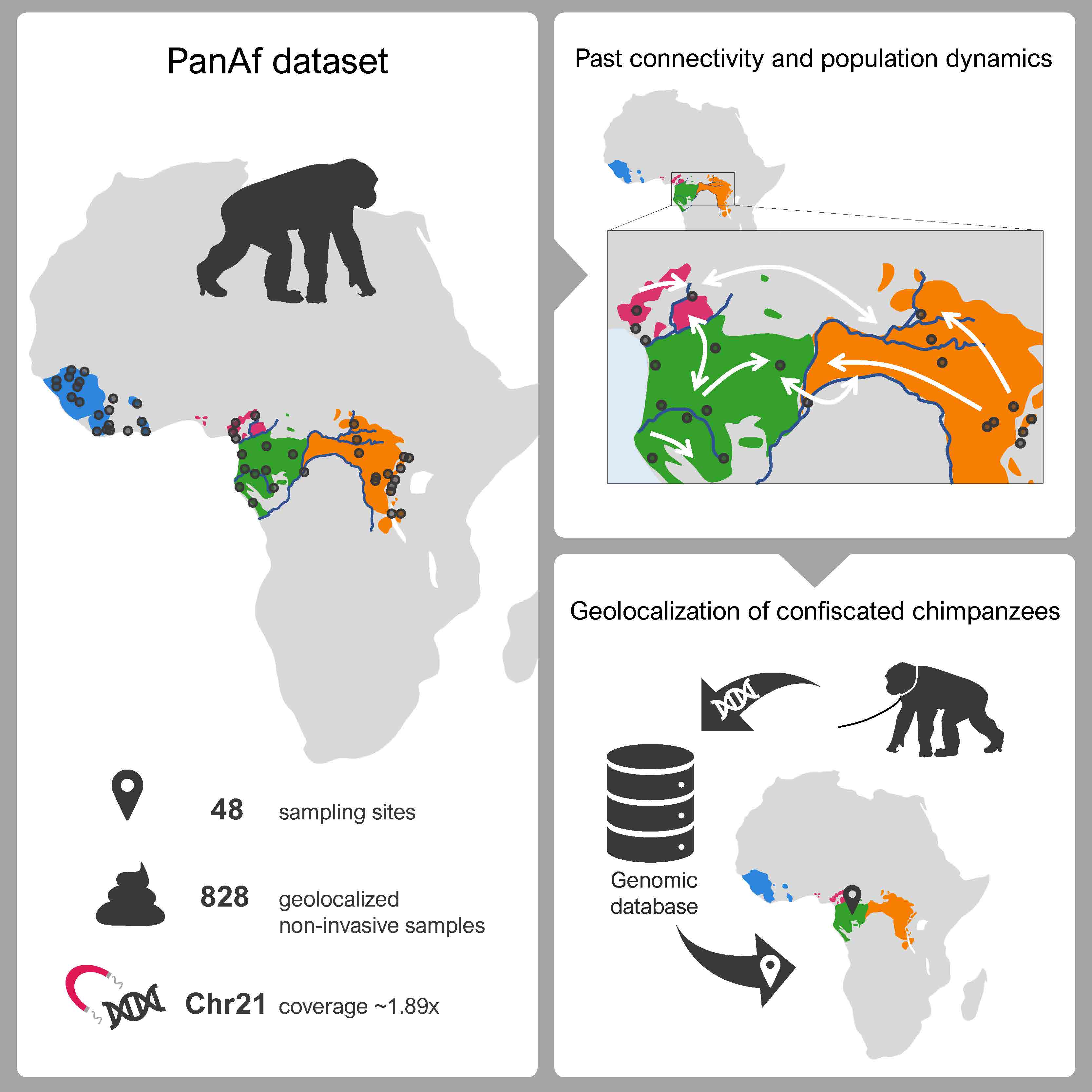 Chimpanzees inhabit the tropical African savannah-woodlands and forests. In contrast to the hominid sites preserved to this day - mainly in caves and temperate climates - the areas that chimpanzees have inhabited have resulted in few specimens preserved or detected in the archaeological record. Given the absence of chimpanzee fossils, the genetic information from current populations is crucial for describing their evolutionary history, their genetic diversity and to contribute to their conservation.

An international research team led by the Institute of Evolutionary Biology (IBE), a joint centre of the CSIC and the Pompeu Fabra University (UPF) in Barcelona, the Max Planck Institute for Evolutionary Anthropology (MPI-EVA) and the German Centre for Integrative Biodiversity Research (iDiv) in Leipzig, has built the most extensive catalogue of genomic diversity in wild chimpanzee populations to date. Genetic information has been retrieved non-invasively using new technologies, from hundreds of chimpanzee faecal samples. For the first time, methods applied to analyse ancient DNA in human populations have been used to retrieve genetic information from great apes faecal samples. Further, the genomic database they have developed has direct applications for the conservation of chimpanzees, such as identifying illegal trafficking routes of wildlife products and orphans.

The first genomic atlas for chimpanzees with non-invasive samples 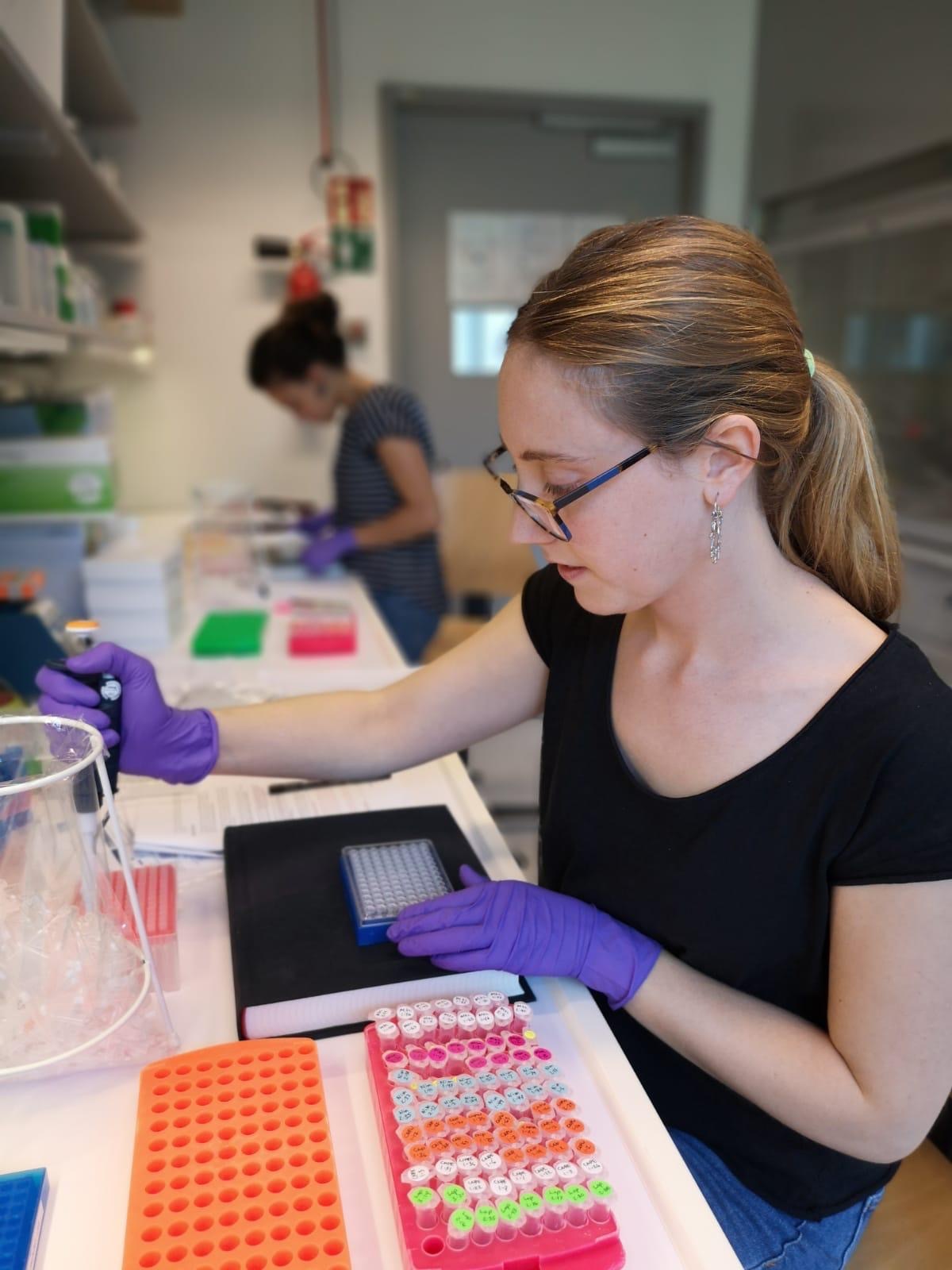 The research team retrieved partial genome information from more than 800 chimpanzee faecal samples to create the largest and most detailed genomic diversity atlas of this African great ape.

“Using methods designed to study ancient DNA, as in the case of Neanderthals, we have been able to retrieve genomic information from faecal samples, which are very difficult to work with. We have applied that approach to an unprecedented number of chimpanzee samples from the field”, points out Prof. Tomàs Marquès-Bonet, principal investigator of the Institute of Evolutionary Biology (IBE) and co-lead of the study.

Collecting geo-referenced non-invasive samples from nature is an effective way to obtain genomic information from wild chimpanzees when many factors limit the collection of high-quality samples, such as blood or tissues.

“We have seen that faecal samples, while imposing technical difficulties, provide very valuable genomic information for the study of wild chimpanzee populations, and also allow us the possibility to geo-reference them and track contacts between populations without affecting their well-being”, adds Dr. Clàudia Fontserè, researcher at IBE Comparative Genomics group and first author of the study.

Reconstructing the evolutionary history of chimpanzees to promote their conservation

With this extensive data set, authors shed light on the demographic past of chimpanzees and provide further evidence of the genetic differentiation of, and exchanges between, the four recognized subspecies.

The research team identified that geographical features, such as rivers, constitute permeable barriers to gene flow between chimpanzee subspecies, but also between communities. In addition, researchers proposed patterns of migration, connectivity, and isolation between groups of chimpanzees that have shaped the variation in the genomic landscape of these populations over the past 100,000 years.

“We've noticed that sometimes, even though two communities are geographically very close, they may live on two different sides of a river and have only had very limited and sporadic contact. Our approach is very helpful in identifying barriers and natural corridors between populations and may have implications for their conservation”, says Fontserè. 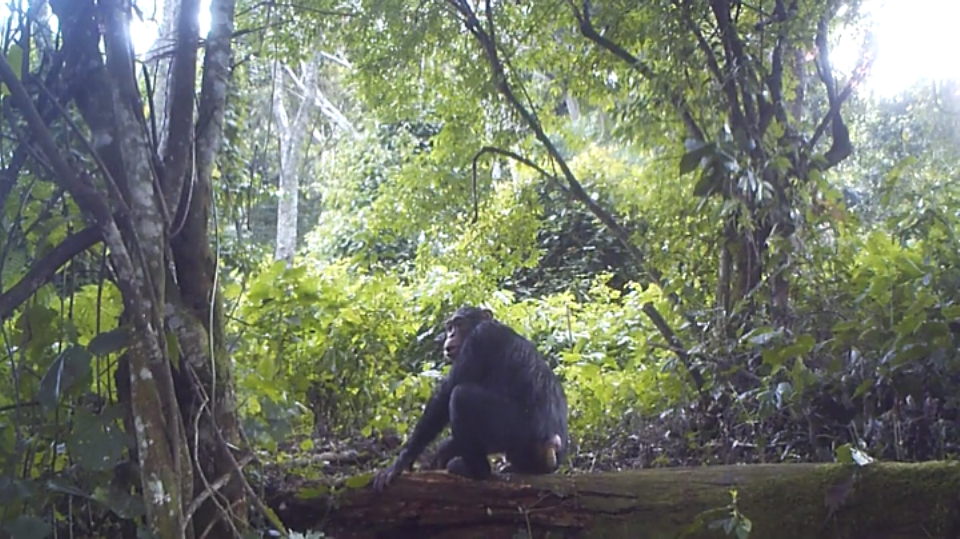 "Chimpanzees, like humans, have had a complex evolutionary history. Their dynamics and areas of past and current population contact must be clearly identified in order to contribute to the protection of this endangered species", points out Dr. Mimi Arandjelovic, co-lead of the study and researcher at the Max Planck Institute for Evolutionary Anthropology, iDiv and Leipzig University. Dr. Arandjelovic is co-director of the Pan African Programme: The Cultured Chimpanzee (PanAf), a consortium of researchers and conservationists from Africa, Europe and North America who spent 8 years collecting behavioural, ecological and organic data from across the entire chimpanzee range. 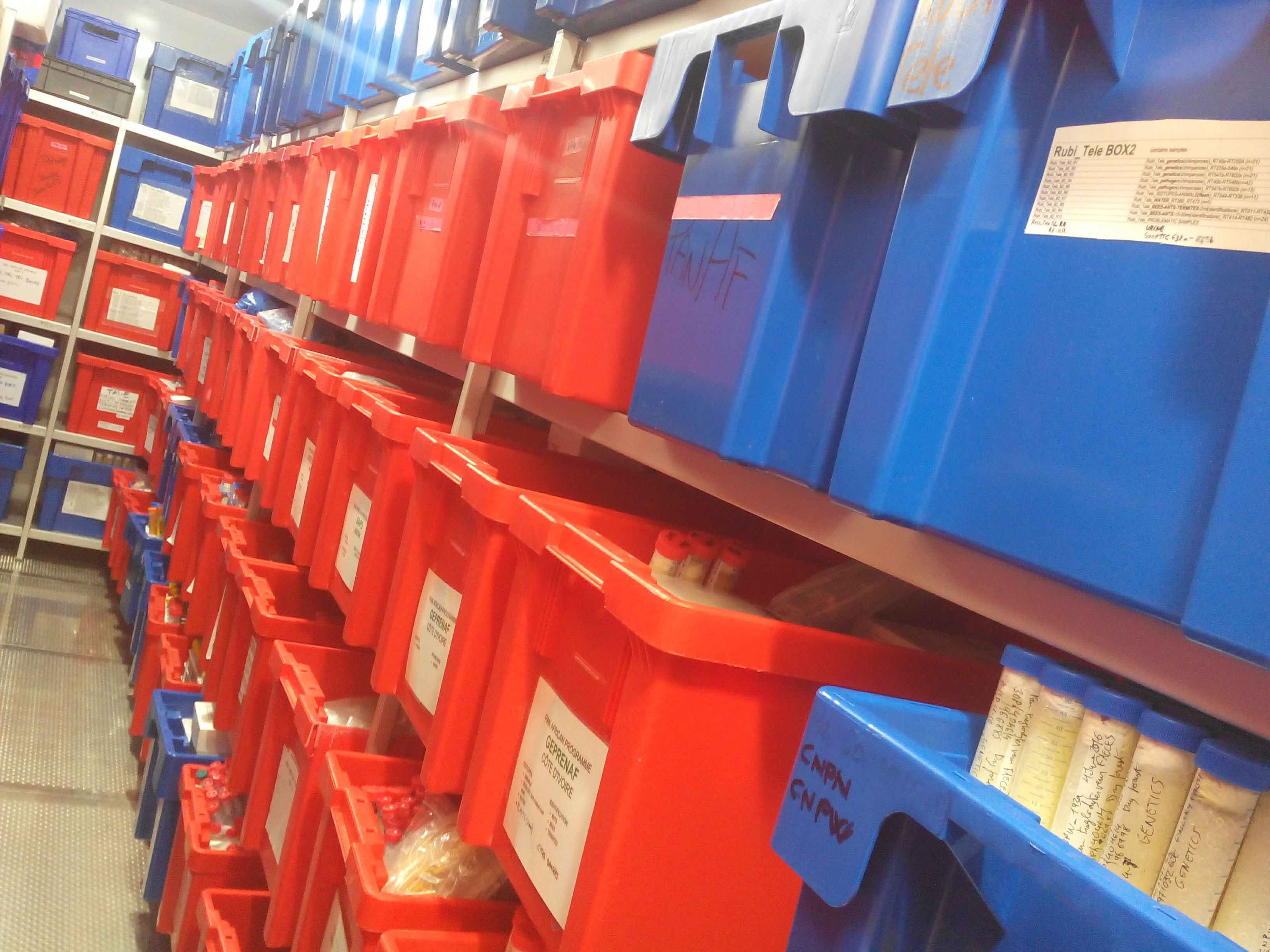 The new genomic tool has allowed the team to reliably identify from where individuals originate, a task not feasible until now. The ability to accurately determine the origin of chimpanzees has direct applications for their conservation, such as detecting the places where their poaching might be concentrated and identifying the routes and origins of illegal chimpanzee trafficking. “The tool developed can infer the origin of the confiscated chimpanzees, usually at a few hundred kilometres from the real origin, and thus provide reliable information on the priority regions to be protected,” adds Marquès-Bonet. The developed methodology is already being applied in global conservation projects for the other great apes, bonobos, orangutans and gorillas, as part of collaboration with the Illumina iConserve program and currently being sequenced at the CNAG-CRG in Barcelona.

This study is part of the PanAf, hosted at the Max Planck Institute for Evolutionary Anthropology and the German Centre for Integrative Biodiversity Research (iDiv) in Leipzig, as well as the European ERC Consolidator grant ApeGenomeDiversity, awarded to Tomàs Marquès-Bonet.

More news
We change skin
Who is your shero?
Evolutionary Biology for educators
Ancient DNA: a window into our past