The study, published in Cell and with the participation of researchers from the Institute of Evolutionary Biology (IBE), provides for the first time a reconstruction of the physical look of this human population still totally unknown.

The results, obtained with a novel method of genomic analysis, reveal up to 56 physical features of Denisova hominin only from molecular data.

With the “la Caixa” support, the work opens a window to understand how these hominids adapted to their environment and sheds light on the features that separate us from this extinct population. 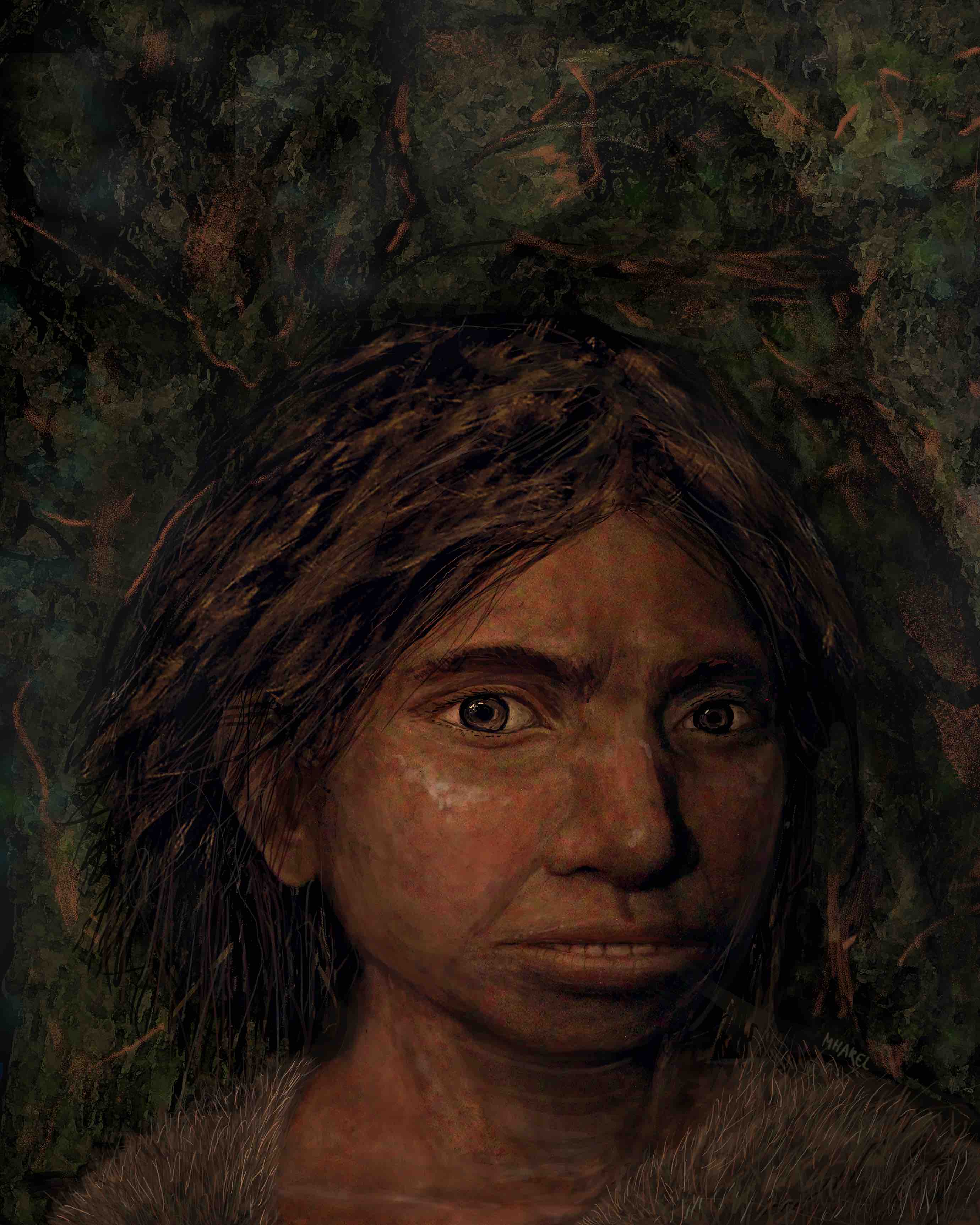 An international research team with the participation of the Institute of Evolutionary Biology (IBE), a joint center of the Pompeu Fabra University (UPF) and the Spanish National Research Council (CSIC), reveals what the mysterious Denisovans looked like from the tip of a pinky bone.

The unique scientific discovery, led by the Hebrew University of Jerusalem (HUJI) and with the participation of Tomàs Marquès-Bonet team at the IBE, provides a first insight into the anatomy of this little-known human population only from molecular data of the DNA of an individual.

The study is published today in the prestigious Cell journal, which also illustrates this research on the cover with the reproduction of a Denisovan girl.

Although we have all been born in a world populated by a single human species, only 50,000 years ago the modern human lived with other hominid populations. Neanderthals are an example, well-known thanks to the numerous fossil remains found in Europe and Asia. Much more mysterious is the Denisova hominin, discovered just a decade ago. About this population we know that they lived in Siberia and East Asia, and that they became extinct less than 50,000 years ago.

While the other human populations have been identified based on fossil remains, Denisovans have been discovered based on genetic DNA analysis. The main reason is that the fossil remains of the Denisovans found are too scarce to provide information about their appearance (they comprise only a phalanx of the little finger, three teeth and a lower jaw), and hence they are still a mystery. However, now a research team has managed to reconstruct what Denisova hominids looked only from their DNA.

Reconstructing Denisovan from chemical changes in the DNA

The research team applied a new genomic analysis technique to reveal for the first time up to 56 traits that characterize Denisova hominin. The novel method allows associating changes in the activity of genetic regulation in fossils with anatomical changes between human groups to predict their physical appearance. To this end, researchers have used information on the effect of monogenic diseases - which affect only one gene - on the anatomy of known hominin populations.

The research team applied a new genomic analysis technique to reveal for the first time up to 56 traits that characterize Denisova hominin. The novel method allows associating changes in the activity of genetic regulation in fossils with anatomical changes between human groups to predict their physical appearance. To this end, researchers have used information on the effect of monogenic diseases - which affect only one gene - on the anatomy of known hominid populations.

The method has allowed the team to predict the appearance of Denisova hominin only by analysing the DNA of a pinky bone. "For the first time we can get an idea of what the Denisovans were like, only from molecular data," says Tomàs Marquès-Bonet, ICREA research professor and director of the Institute of Evolutionary Biology (IBE), and one of the authors of the study. "In addition, this work is an example of how biomedical knowledge can be applied to evolution to help us decipher what our ancestors were like."

Regarding the appearance of the mysterious population, the first author and co-head of the David Gokhman study of the Hebrew University of Jerusalem (HUJI) comments that “in many ways they resemble Neanderthals, for example, on their inclined forehead, elongated face and pelvis big". "However, other features are particularly fascinating, such as its large dental arch and very wide skull, unique among hominids," he adds. 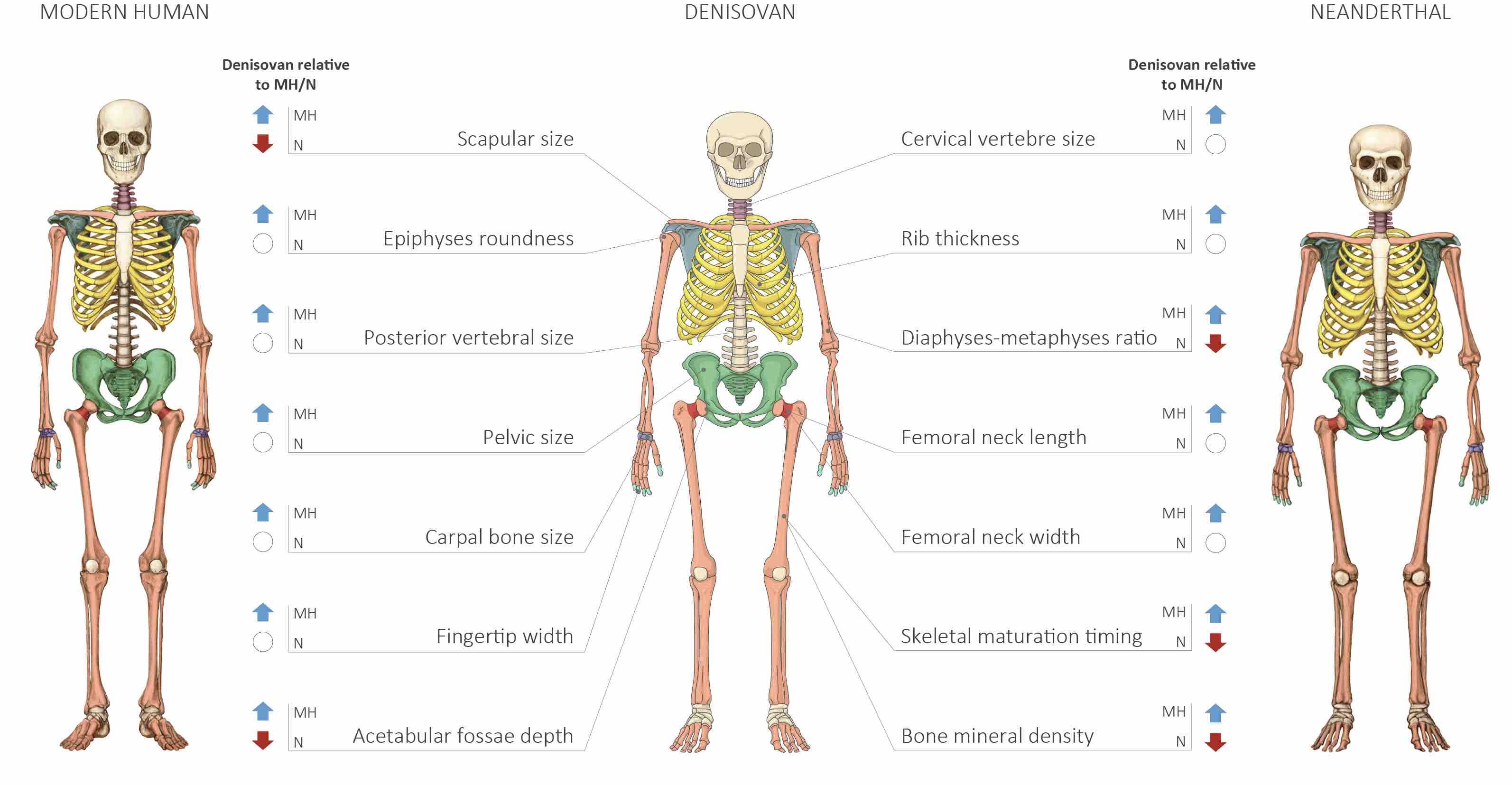 To verify the effectiveness of the method, the researchers first demonstrated that the technique accurately reconstructs the anatomy of Neanderthals and chimpanzees, widely described. However, the greatest confirmation came with the discovery of the first Denisovan jaw in a recent expedition.

“One of the most exciting moments happened a few weeks after this article was submitted for review: another team identified Denisovan's first jaw, so we compared the bone with our predictions to discover that they matched perfectly. Therefore, without even planning it, we receive an independent confirmation of our ability to accurately reconstruct anatomical profiles based on a bit of DNA from the tip of a little finger, "says Professor Liran Carmel of the HUJI, responsible for the study.

Until now, DNA analysis had revealed that Denisovans mated with the ancestors of modern humans living today in Australia, the Pacific Islands, East Asia and Southeast Asia. Denisovan DNA would probably have contributed to the ability of Tibetans to live at high altitudes, and to the Inuit's ability to live in Polar Regions, by crossing with the populations of these regions tens of thousands of years ago.

Now, this study opens a window to understand how these hominids adapted to their environment, and sheds light on features that are exclusive to modern humans and that separate us from this other extinct population.

“Could these features shed light on your lifestyle? Could you explain how the Denisovans survived in the extreme cold of Siberia? There is still a long way to go to answer these questions, but our study opens a window to understand how these humans adapted and what differentiates us from them. In any case, this article demonstrates the power of combining biomedical data with evolutionary studies, "concludes Marquès-Bonet.

Research has been promoted by “la Caixa”, the Howard Hughes International Career, the National Geographic Society and the Clore Israel Foundation, among others.