The genome of the earliest settlers of the Balearic Islands recovered

The genome of the earliest settlers of the Balearic Islands recovered

The international study involving the IBE (Institute of Evolutionary Biology) reveals that the first inhabitants that populated the Balearic Islands 4000 years ago came from the Iberian Peninsula.

The research team has recovered 61 new genomes from populations that inhabited Formentera, Mallorca and Menorca during the Bronze Age (2200-900 BC), and from others that inhabited Sicily and Sardinia between 5000 BC and 1000 AD

The research, published in the journal Nature Ecology and Evolution, suggests that there were contacts between the populations of the islands of the western Mediterranean and the north African coast and the European continent. 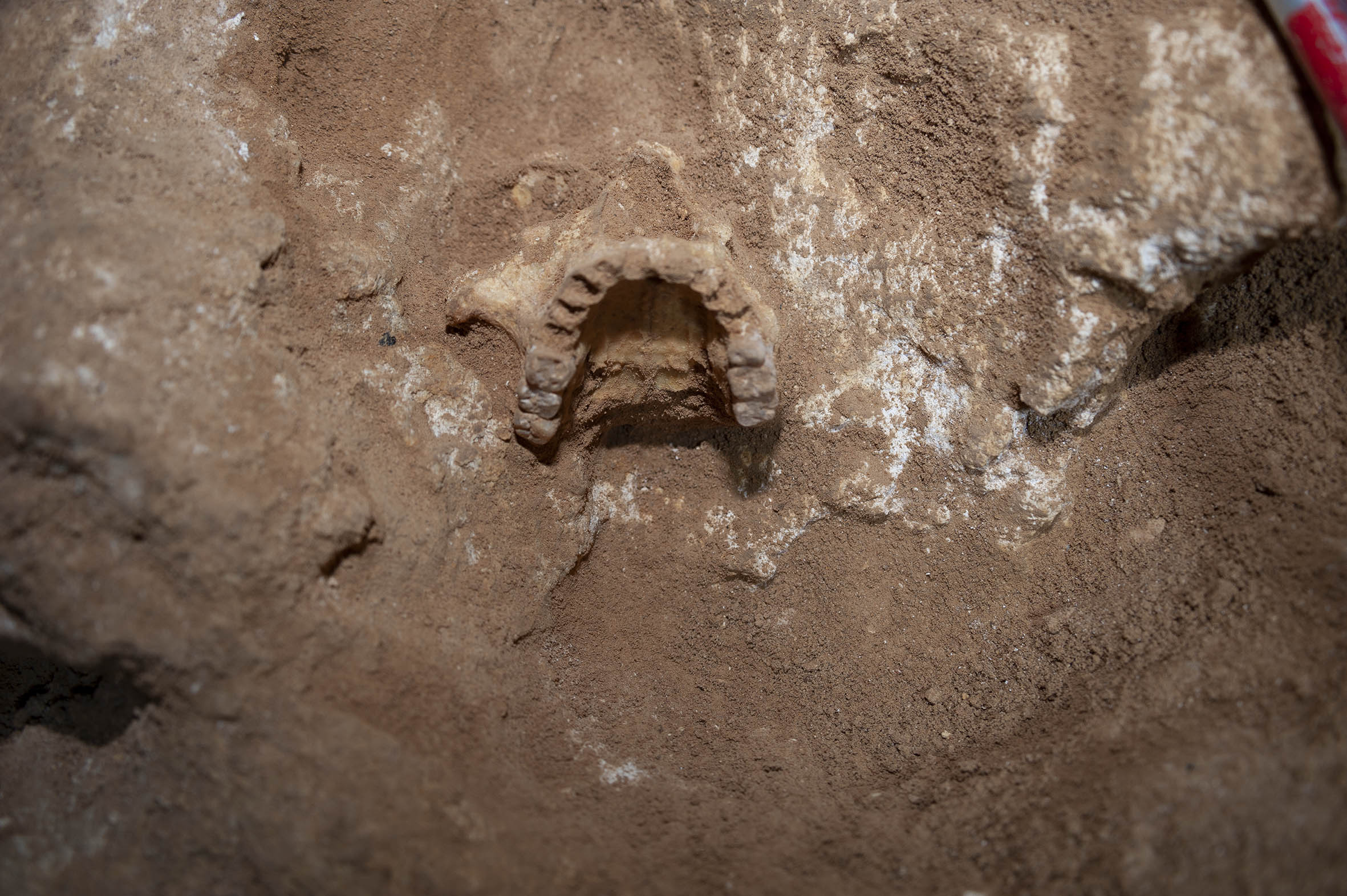 A research team led by Harvard University involving the Institute of Evolutionary Biology (IBE,  a joint centre of the Spanish National Research Council (CSIC) and Pompeu Fabra University (UPF)) in Barcelona has reconstructed the oldest genomic sequences of the islands of the western Mediterranean.

The research, published in the journal Nature Ecology and Evolution, suggests that the samples found in the Balearic Islands belong to groups descending from pastoralists of the steppes of eastern Europe, a population which replaced 40% of the local population and almost 100% of paternal lineages in the Iberian Peninsula 4000 years ago.

The team has recovered the genome of the oldest individual found in the Balearic Islands, belonging to Cova des Moro cave in Mallorca, and a further individual in Formentera and another in Menorca. It has also recovered genetic information from 58 individuals who inhabited the islands of Sicily and Sardinia between 5000 BC and 1000 AD.

The sample from Menorca corresponds interestingly to Naveta des Tudons, the most important prehistoric monument in the Balearic Islands and one of the oldest buildings throughout Europe.

The geography of the Balearic Islands: a challenge for the conservation of genetic material

The warm climate of the Balearic Islands, non-conducive to the conservation of genetic material, has meant that obtaining samples with genetic content in good condition has to date proved difficult.

However, the study team has managed to recover and analyse the oldest human remains in Formentera (from Cova 127) and Mallorca (from Cova des Moro dating from some 4300 years ago). It has also examined an individual from the so-called Talaiotic Culture, found in the famous Naveta des Tudons in Menorca.

These three individuals, all of them dating from the Bronze Age, show the genetic component of the nomads that an earlier study related to a major genomic change in the Iberian Peninsula and involved the replacement of all local patrilineages 4000 years ago.

“It seems that the wave of genetic and social changes that brought about the arrival of the ancestry from the steppes somehow triggered the population of the Balearic islands”, says Carles Lalueza-Fox, a researcher at the IBE (CSIC-UPF) in Barcelona and co-author of the study.

Reconstructing the history of Sicily and Sardinia

The mutation of the characteristic Iberian Y-chromosome in the Bronze Age (the R1b-Z195 lineage) has also been found in a sample of this period from Sicily, but not on the island of Sardinia.

“It is surprising that in some samples of the Bronze Age in Sicily, Iberian mutations of the Y-chromosome have been found, which implies some kind of population contact between Iberia (or the Balearic Islands) and the Italian island, although for the time being not leaving any genetic fingerprints”, argues Íñigo Olalde, a “la Caixa Junior Leader“ postdoctoral researcher at the IBE and co-author of the study.

The results of the analysis of the samples recovered in Sardinia, where a megalithic culture evolved that was similar to the Talaiotic of the Balearic Islands, suggest that the two cultures were not connected, at least from the genetic point of view.

“It could be that in fact the descendants from the steppes went beyond the Iberian Peninsula and reached north Africa, where, however, they are not detected today. Future analysis of Bronze Age samples from Morocco, Tunisia or Algeria could shed light on this hypothesis, and would help understand the evidence linking Iberia or the Balearic Islands to Sicily”, says Lalueza-Fox.

The Mediterranean, gateway to exchange in the Bronze Age

The work confirms the archaeological evidence that there were contacts between the populations of the islands of the western Mediterranean (the Balearic Islands, Sicily and Sardinia) and with the north coast of Africa and Europe.

“The archaeological and genetic evidence agrees that the Bronze Age was a period of unprecedented cultural exchanges. This study thus confirms that the Mediterranean was an initial “highway”, a place of communication and trading among the peoples bathed by its waters”, Lalueza-Fox comments. “It must not be forgotten that the Balearic Islands can be seen from some points of the Catalan coast, and perhaps some local merchants were tempted to explore the territory”, he concludes.

This research has been supported by “la Caixa” and ERDF-Spanish Ministry of Science, Innovation and Universities, among others.