A genetic database to identify missing persons in El Salvador

A genetic database to identify missing persons in El Salvador

The team has analysed genetic variation in 248 men and 143 women from El Salvador with high resolution.

The Central American country’s powerful database is essential to be able to identify victims and missing persons resulting from the civil war and also emigrants who lose their lives every year trying to cross the border between Mexico and the US. 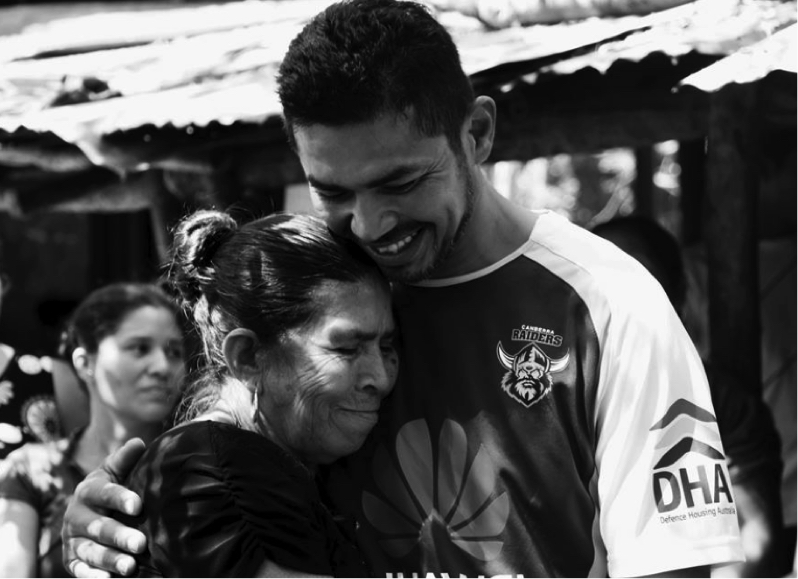 El Salvador, like other Central American countries, has suffered repression and human rights violations ever since colonial times. Indeed, social injustice in the country persisted and was a major trigger of the 1980-1992 armed conflict.

During the war, there was a large number of unidentified victims and missing persons, both adults and children, with some of the latter being illegally given up for adoption. Despite great progress after the Peace Accords to put an end to the war in 1992, the country still faces crime and violence on a daily basis, threatening the development of the Salvadoran people. This unstable situation has caused the number of migrants to other countries to mushroom, especially Salvadorans who risk their lives to cross the border between Mexico and the United States. However, until now El Salvador did not have a complete forensic database that would allow assessing the genetic correspondence between the remains of a missing person and their relatives.

Now a team of researchers from the Genomics Service at UPF and the Institute of Evolutionary Biology (IBE), a joint centre of the CSIC and UPF, has developed a genetic database of 400 Salvadoran individuals that will constitute a most powerful tool to more accurately identify the remains of missing persons in El Salvador and along the migrant route. The research has been published in the journal Forensic Science International: Genetics, the journal with the highest impact in forensic science.

The research team, led by Ferran Casals, previously head of the Genomics Service at UPF, and by Francesc Calafell, principal investigator at the IBE, has worked with the team led by Patricia Vásquez of Asociación Pro-Búsqueda, which manages a database of genetic profiles of relatives who continue to search for their children who disappeared during the armed conflict, and of young people already found by Pro-Búsqueda.

Until now, no such genetic database existed for the populations of Central American countries. The new database has made it possible to characterize the diversity of the population of El Salvador in order to better identify missing persons.

As Eduardo García, executive director of Pro-Búsqueda, states; “our association has managed to solve more than 400 cases of children who were given up for adoption in a context of violence. One of our goals is to promote the study of genetics in our country to identify missing persons and thanks to projects like this one we are achieving it. We start to see results and improvements in justice and democracy, which encourage us and are very necessary”.

“It has been an innovative project, in which we have developed pioneering applications of the most advanced nucleic acid sequencing technologies in forensic genetics. In addition, exchanges and collaboration with researchers from El Salvador have been hugely stimulating and enriching for all concerned”, Casals adds.

The first genetic database of the Salvadoran people

Until now, no such genetic database existed for the populations of Central American countries. The new database has made it possible to characterize the diversity of the population of El Salvador in order to better identify missing persons. “When two samples coincide, one of a missing person and one of a potential family member of theirs, the database helps us to assess the probability that those people are related, comparing them with the rest of the population of El Salvador”, Calafell details. “In other words, finding matches in a genetic variant that is very rare in that population will be weightier evidence than finding a match in a very common variant”.

The tool developed has proved to be very powerful and robust. “Thanks to the good resolution of the genomic markers sequenced, and thanks to the large number of sequences of individuals accumulated, the database has allowed us to go a little further and not just identify parents and children, but also more distant relations”, adds Calafell, also a professor with the Department of Medicine and Life Sciences at UPF.

The new database opens the door to being able to identify people who have disappeared in other situations, such as migrants who have died trying to reach the US (and what percentage is Salvadoran), data today unknown. However, the new tool can be used for any application of forensic genetics, such as identifying human remains in criminal cases or in situations where the recovered DNA is highly degraded.

In 2016, the Reds association learned about a pioneering forensic genetics study to identify the remains of a mass grave from the Spanish Civil War, led by Ferran Casals and Francesc Calafell. This saw the start of collaboration with Reds and the Asociación Pro-Búsqueda to carry out this project. During these years they have enjoyed the support of the Catalan Agency for Development Cooperation (ACCD) and the UPF Solidària programme.

The funding has allowed analysing the samples and creating the database, as well as training stays for researchers from the University of El Salvador at the Genomics Service at UPF. Within the framework of these collaborations, a basic online Forensic Genetics course directed by Ferran Casals has also been produced and is available on the website of the UPF genomics service.