Minister of the Catalan Government, Raül Romeva, has met with family members of Vicente Santolaria to present them with the archaeological summary and a genetic identification report. Genetic identification, led by the company Tríade Serveis Culturals, involved Pompeu Fabra University, the Autonomous University of Barcelona and the Institute of Evolutionary Biology. 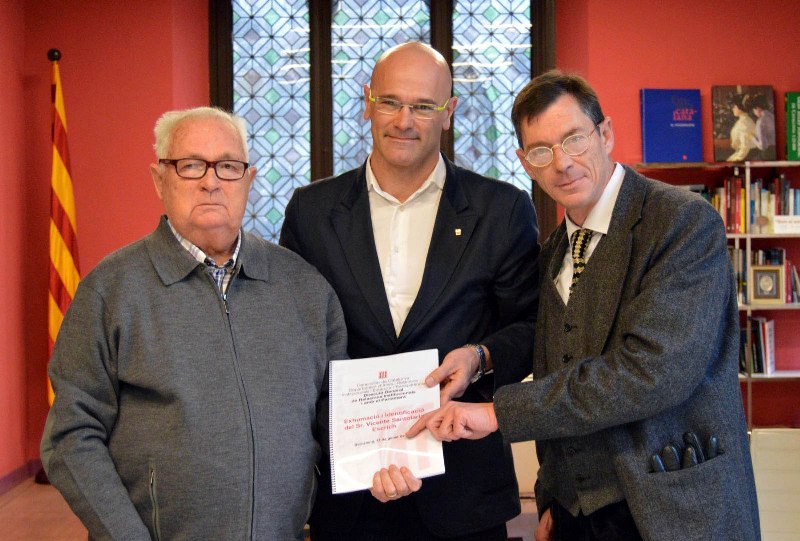 The Minister of Foreign Affairs, Institutional Relations and Transparency, Raül Romeva, met on Wednesday morning with family members of Vicente Santolaria Escrich, who disappeared during the Franco dictatorship and whose remains have been exhumed from the Tremp cemetery. The genetically tested bone remains have been compared with those of a nephew and thus his identity has been confirmed. His brother, Francisco Santolaria, and nephew, Joan Santolaria, attended the meeting to collect the documentation and formalize the transfer of his remains. Joan Santolaria explained that his father had asked him before his death that he wanted to find his brother, Vicente Santolaria.

Family members of the missing person asked the Catalan Government to locate his remains. The Ministry of Foreign Affairs, via the Directorate-General for institutional and Parliamentary Relations and in collaboration with the Tremp Town Council, attended to the request by the family members to search for and exhume the 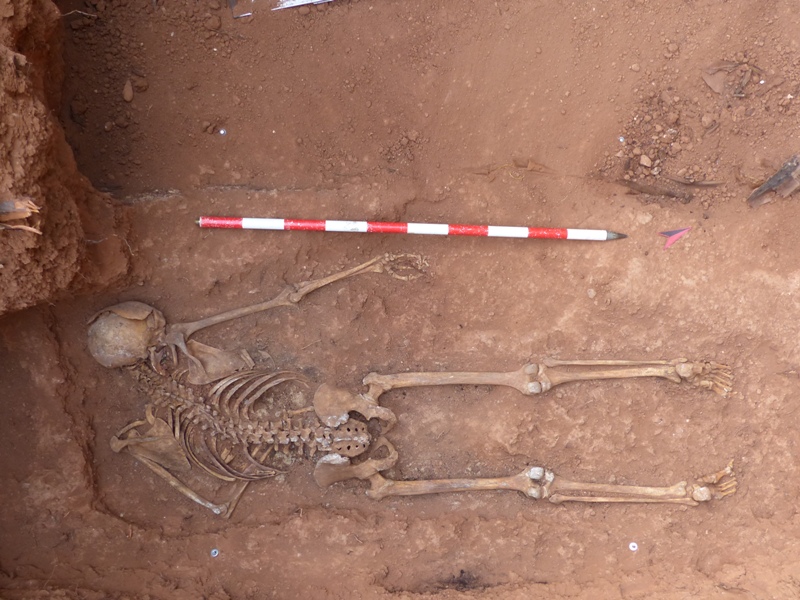 remains of the missing person and performed thorough research in order to determine the exact place where he had been buried. The archaeological work took place between 3 and 5 October, led by the company Tríade Serveis Culturals, which uncovered a skeleton buried face without a coffin. The only non-skeletal materials recovered consisted of several buttons that would have belonged to the clothes he wore when he was buried.

By means of the anthropological analysis carried out at the laboratories of the company Antropòlegs Lab it was established that the remains exhumed belonged to a man of 40 to 45 years of age and approximately 1.67 metres tall. During his life, the person had lost all his teeth, and showed signs of an ante mortem injury to the seventh cervical vertebra and relief on the long bones that revealed notable muscular development of the upper extremities. These skeletal features were consistent with the known history of Vicente Santolaria, who was a farmer and charcoal burner.

Finally, the results obtained in studies carried out at the Biological Anthropology Unit at the Autonomous University of Barcelona (UAB), the Genomics Service of Pompeu Fabra University and the Institute of Evolutionary Biology (IBE, UPF-CSIC), have enabled confirming that the remains belong to the person for 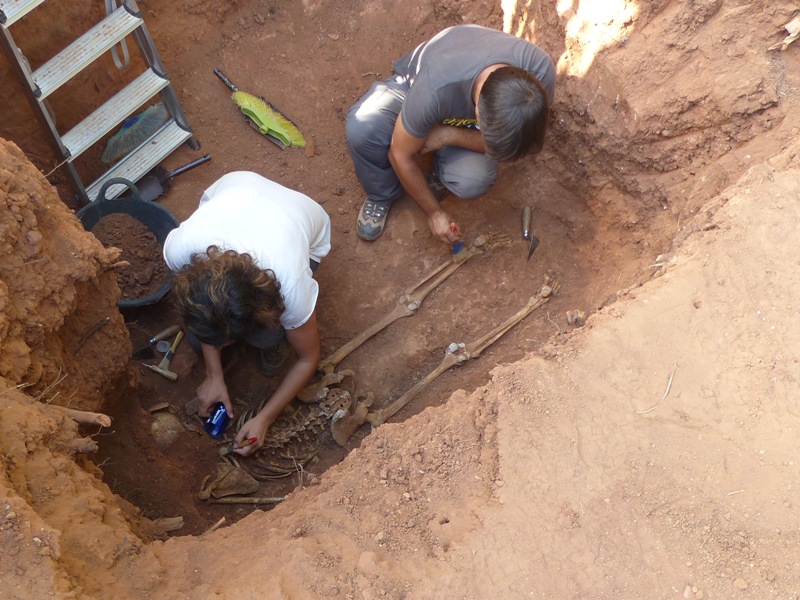 whom they were searching. Although he died without any descendants, the tests were carried out by means of comparative analyses and cross referencing of genetic data of the remains of the missing person and that of his nephew. This is the seventh person exhumed from a mass grave in Catalonia has been identified and the first since 2008.

“Despite the poor state of conservation of the DNA, it was possible to get a genetic profile that has allowed comparison with living relatives Due to the characteristics of the climate and the soil in Catalonia, the vast majority of the samples from mass graves from the Civil War are in very poor condition, and so together with the Biological Anthropology Unit of the UAB led by Assumpció Malgosa, we have been working for some time to improve and optimize methods of extraction and genetic analysis”, said Ferran Casals, head of the UPF Genomic Service.

Accused of being a maqui

According to the documentation compiled, Santolaria was arrested on the charge of collaborating with the maquis and died on police premises in Tremp in December 1948. He was born in 1902 in Cirat (Castellón) and as a teenager moved to Barcelona where he joined the CNT trade union. He went into exile in France during the dictatorship of Primo de Rivera and returned with the proclamation of the Second Republic. In 1931 he founded the Cirat branch of the CNT and in 1936 he was elected mayor as a candidate for the Popular Front. One year later he enlisted with the republican army and in 1939 he was imprisoned for two years.

Santolaria had been accused of being a maqui and so, because of the guerrilla attack on a village early in 1948, he left his village to take refuge, first in Barcelona and later in a farmhouse in Mata-solana (Pallars Jussà) assuming a false identity. He was arrested on 11 September 1948 by the Civil Guard and on 12 December of that same year he died. According to the official version of the regime he committed suicide in the municipal detention cell, which forensic analysis has not managed to corroborate.

Now, some seventy years after his death, Santolaria's remains will be moved to Cirat (Castellón) where he will be buried this Saturday, 14 January.