Back The complete catalogue of Earth’s DNA sequences, closer to being a reality

The Earth BioGenome Project (EBP), which intends to obtain the sequence of the genome of plants, animals, fungi and forms of microbial life on Earth, aims to sequence 3,000 genomes this year. 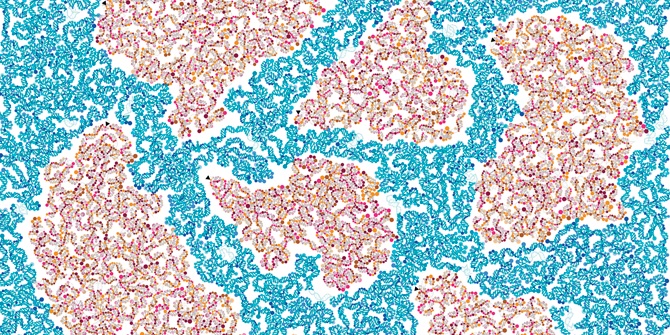 The Earth BioGenome Project (EBP), initiated in November 2018, is one of the most important scientific projects today. Its goal is to provide a complete catalogue of DNA sequences for 1.8 million species of plants, animals and fungi, as well as of unicellular eukaryotes.

The Earth is projected to lose 50% of its biodiversity by the end of this century if nothing is done to curb climate change and protect the health of global ecosystems. The creation of a digital library of DNA sequences for the entire known eukaryotic lifetime can help generate effective tools to prevent the loss of biodiversity and the spread of pathogens, control and protect ecosystems, and enhance ecosystem services.

Following a pilot phase, the project is entering a large-scale production stage. The status of the investigation is presented this week in a collection of articles published in the scientific journal of the US National Academy of Sciences, Proceedings of the National Academies of Science (PNAS). The literature sets out the goals, the achievements to date and the next steps of the EBP.

“These papers capture the essence and excitement of what constitutes the largest-scale coordinated effort in the history of biology”, stated Harris Lewin, president of the EBP and full professor of evolution and ecology at the University of California, Davis (UC Davis).

DNA sequences from genomes can be applied “in a wide range of pressing global challenges, such as preventing the loss of biodiversity and adapting food crops to climate change”. ”EBP’s progress in sequencing eukaryotic life is humbling and inspiring: achieving the ultimate goal of sequencing all eukaryotic life now seems within reach”, Lewin concluded.

“When this started, over a decade ago, our goal was to reconstruct 10,000 vertebrate genomes (G10K), but technology now allows us to be very ambitious even at a lower cost than the cost of reading the first human genome that was published 21 years ago”, comments Tomas Marques-Bonet, ICREA researcher at the Institute of Evolutionary Biology (IBE), a joint centre of the CSIC and Pompeu Fabra University (UPF), member of the EBP and co-author of two of the articles published in PNAS.

“When this started, over a decade ago, our goal was to reconstruct 10,000 vertebrate genomes (G10K), but technology now allows us to be very ambitious even at a lower cost than the cost of reading the first human genome that was published 21 years ago”, comments Tomas Marques-Bonet, principal investigator at IBE, member of the EBP and co-author of two of the articles published in PNAS.

Catalan participation in the EBP

The EBP operates as an international network of networks, coordinating numerous taxon-specific efforts on a regional and national scale, such as the Vertebrate Genomes Project, the Darwin Tree of Life Project (Great Britain and Ireland) and the European Reference Genome Atlas (ERGA, Europe). It has 5,000 scientists and technical staff from 44 member institutions of 22 countries from all continents except Antarctica and has 49 affiliated projects.

One of the first nodes of this network, established in 2019, is the Catalan initiative for the Earth Biogenome Project (CBP) which, promoted by the Institute of Catalan Studies (IEC) and two of its subsidiaries, the Catalan Society of Biology (SCB) and the Catalan Institute of Natural History (ICHN) and Andorra Research + Innovation, gathers twenty institutions and more than one hundred scientists, including the IBE. The goal of the CBP is to produce a detailed catalogue of the genome of the eukaryotic species of the territories of the Catalan language and culture. Montserrat Corominas, CBP coordinator, anticipates that “the upcoming challenges for the CBP are to obtain funding to speed up the production phase of the project and open it up to society as a whole”.

Numerous IBE research teams are participating in the Catalan initiative. Recently, the following have received funding from the CBP to sequence species from the territory Salvador Carranza, who will sequence Iberolacerta aurelioi, a lizard that only lives in the Central Pyrenees above 2000 metres, Javier del Campo to sequence Cladocora caespitosa, the only reef-building coral in the Mediterranean, and Rosa Fernández, who will sequence Norana najaformis, a giant Catalan earthworm.